Gasoline prices are approaching six-month-highs as Hurricane Laura poses the biggest threat to U.S. refineries since Hurricane Harvey three years ago. Oil and diesel prices are moving higher as well, but are not keeping pace with gasoline – which is often the case in storm situations – and seem somewhat dubious about the long term impact this storm may have on an oversupplied market.

The Nasdaq and S&P 500 reached new record highs as trade and virus optimism kept the trend lines pointing higher, while the DJIA is undergoing a major overhaul. In the latest sign of the COVID market fallout, ExxonMobil is being removed from the DJIA, while Salesforce (dot com) will now be included.

While Marco fizzled out and spared Louisiana, Laura was upgraded to a Hurricane this morning, and 13 percent of the country’s refining capacity is in the direct path of the storm based on the latest models. The current forecasts have the storm coming on shore Thursday morning, as a category 3 “major” hurricane, just east of Port Arthur, TX. Plants in the Port Arthur/Beaumont hub have announced that they are reducing rates and/or idling units until the storm passes. The path of the storm could actually be just as troublesome, if not more, for plants around Lake Charles, LA, as they are on the more dangerous side of the storm, and could get a worse surge/flooding than the plants closer but on the west side. There is still a wide cone of uncertainty with this storm’s path, and even the Houston-area plants could still be impacted if the storm shifts further west.

Those plants that can continue operating are suddenly seeing their best margins in five months, a much needed relief for plants struggling to stay afloat financially. The economic hardship of refineries is one reason Laura’s impacts may not be as widespread as we might normally expect, since there’s at least one million barrels/day of capacity already idled due to weak demand, which should allow for some plants to increase rates and help offset the losses from others. In addition, many Gulf Coast refineries now rely on exports for nearly 20 percent of their production, so they will need to bring more product inland until ports can reopen.

That said, if the major pipelines in the region have to close due to power or flooding issues, then the potential for supply issues becomes more widespread in short order.

If Laura does make a significant impact, don’t be surprised to see states and the EPA ease RVP restrictions on gasoline, since we’re just weeks away from the annual transition anyway and pollution levels have already been at their lowest level in decades thanks to reduced consumption this year. You may notice that several spot markets aren’t keeping pace with the September futures contract this week, as they’ve already begun their fall transition to less-stringent gasoline specs. 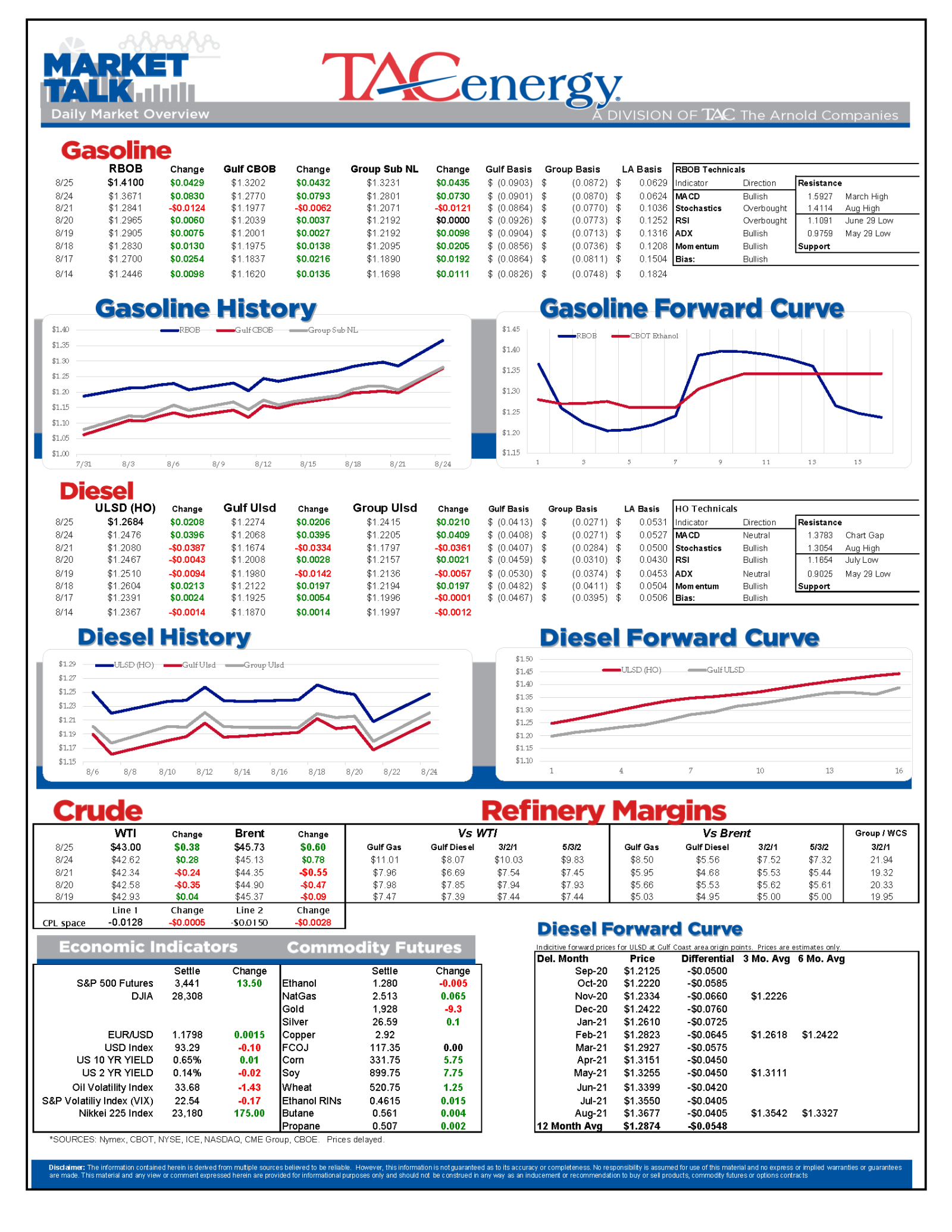 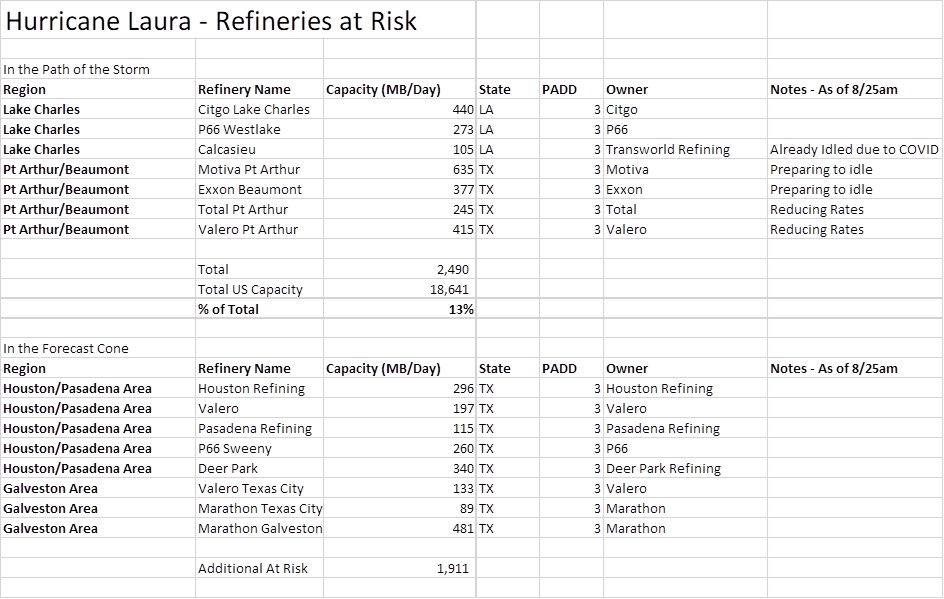 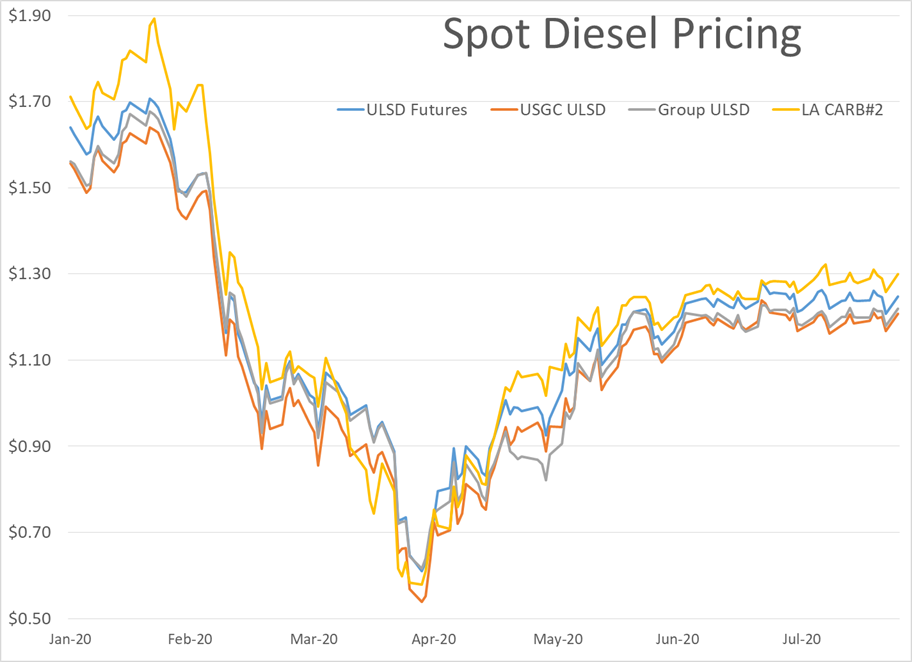