No luck for the bulls so far this morning as the energy complex is facing a wave of selling for a third straight day. RBOB gasoline futures are once again leading the move lower, after a furious late day rally briefly pushed gasoline prices into positive territory Tuesday, only to fall back into the red just before settlement. Some technical analysts view a failed rally attempt like we saw yesterday as a bearish signal, since buyers are unable to gather enough momentum to end the day on a strong note, and that theory is looking good at the moment, now we’ll see if it lasts the day.

This selloff has ULSD futures roughly three cents away from the trend-line that’s held the rally since November 1, while RBOB futures will need to break below $2 this week in order to follow suit. Whether or not we see prices break that trend will likely be pivotal in determining if the $2.17 mark set early Monday will prove to be the high trade of the year. If so, we’d expect another 20-30 cents of downside on gasoline prices if the seasonal rally unwinds like it does most years.

The IEA increased its global demand forecast in its latest monthly oil market report, but also suggested that the spare capacity of oil production sitting on the sidelines was more than capable of handling that increase. The IEA report seems to throw cold water on recent Bank reports suggesting a new commodity supercycle that will send oil prices much higher in the coming years.

The API reported more pedestrian changes in inventory levels last week, in comparison to the past two record setting weeks. Crude & Gasoline stocks were both down around one million barrels, while distillates grew by a little under one million barrels. The DOE’s weekly report is due out at its normal time this morning, with the refinery runs the key figure to watch as it’s still hard to decipher what units at what facilities have returned to normal levels after the February freeze.

Supply allocations, particularly for diesel and premium gasoline grades, remain tight across the southern half of the country, with occasional outages continuing to pop up from New Mexico through the South East. Easing cash market differentials in most regions besides the West Coast suggest that resupplies are on the way, but it will probably be about another week or more before the markets further from the refining hubs start to feel some relief.

RIN prices seem to be catching their breath after a strong rally that approached all-time highs Monday. The AFPM sent a letter to the EPA urging it to act since the spike in prices, which it argues are partially caused by the agency not meeting its deadline to set obligation levels, are threatening to put more refiners out of business. A change in stance from the EPA back in 2013 helped RIN values drop by more than $1/RIN, so any reaction or lack of from the agency will certainly be market moving news. 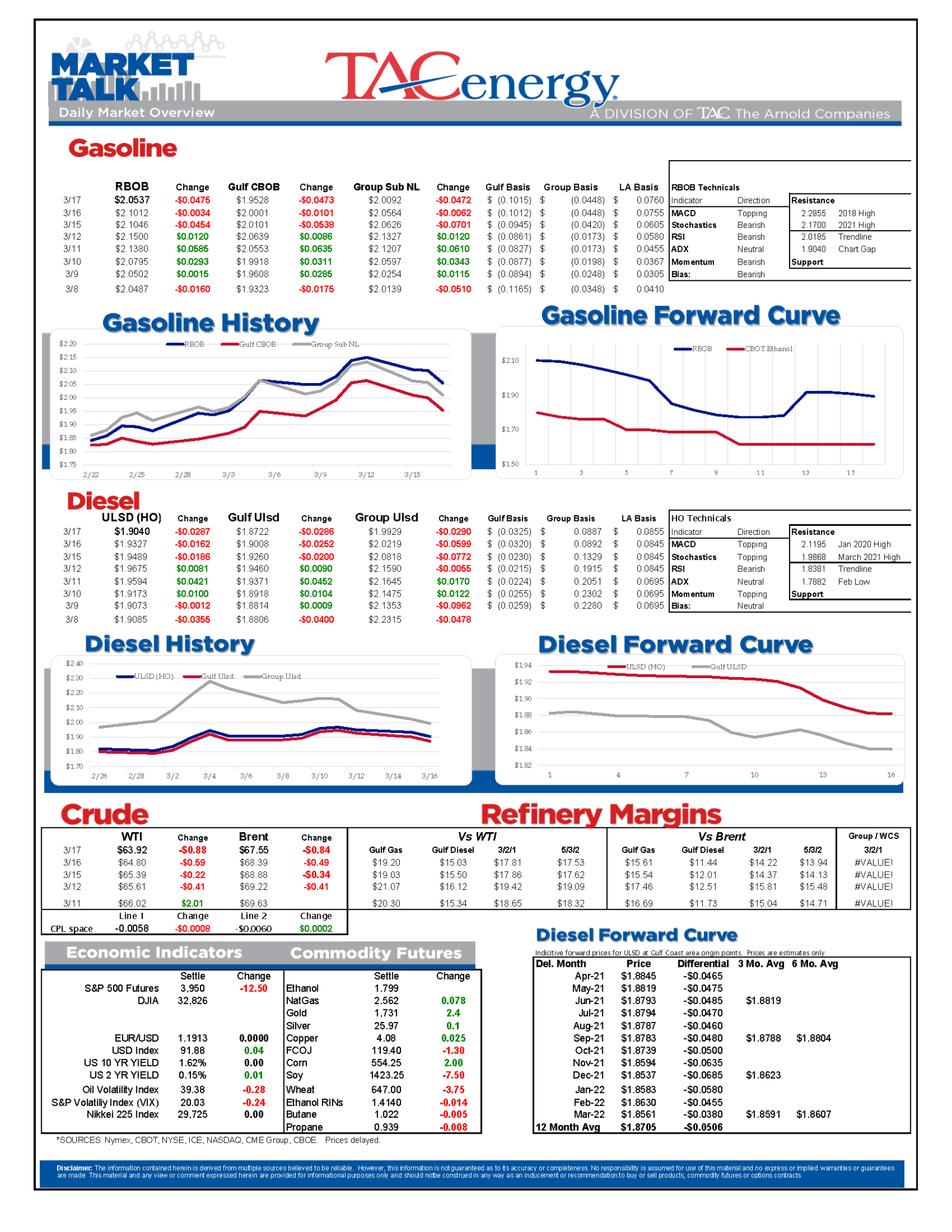 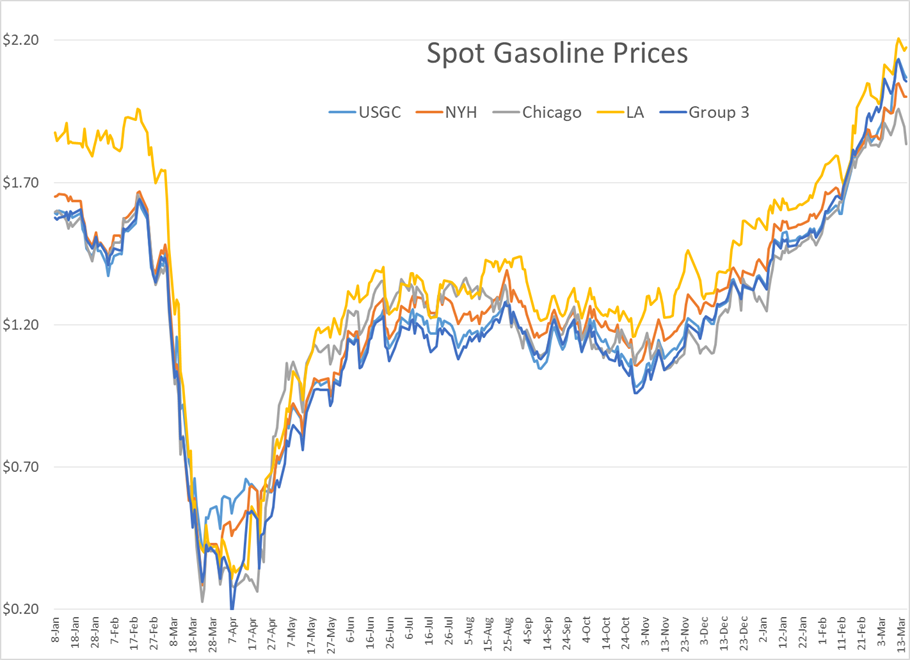 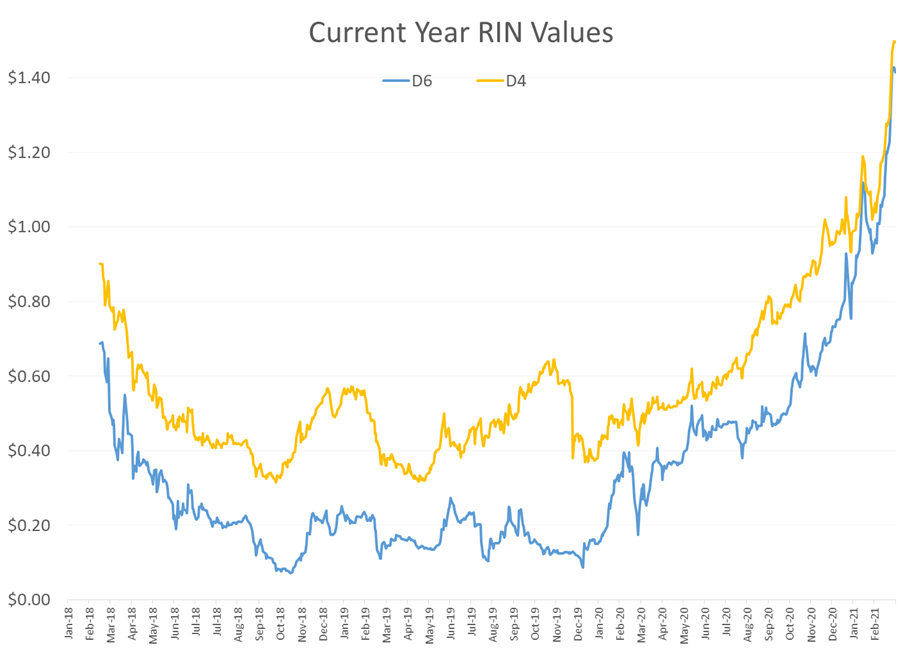