The phrase “In like a lion and out like a lamb” that’s been used for many years to describe March weather seems a good fit for 2019 as multiple winter storms stretch across large swaths of the US. The opposite seems to be holding true for energy trading, as an often volatile month has begun with a very quiet start. WTI did manage to reach a fresh 3.5 month high overnight before giving up those gains and trading near flat this morning, so there is still a decent chance of another technical breakout that could kick off a little March madness.

News of a sale of oil from the Strategic Petroleum Reserve is making its way through the headlines, with writers stretching to find potential implications as possibly being signals to the world oil market. In reality, the sale was part of a budget bill passed in 2015 that is intended to fund upgrades to the facilities that house the US’s emergency oil stockpiles.

The spread between March and April RBOB continued its strong rally to end February, with the March contract (the last winter-grade contract of the season) expiring just 11 cents below the April (summer-grade rvp) contract. It’s been nearly a decade since the winter/summer spread has been that small to end February (no coincidence that it’s been nearly a decade since PADD 1 refinery runs were this low) and that small spread is likely to disappoint those market players along the East Coast who have become used to capitalizing on wider discounts during the RVP transition.

The forward curve charts below show that while the rally in front month futures has been dramatic over the past month, prices 2-3 years from now have not followed suit. This suggests that the market expects supply & demand to be relatively more balanced down the road, and is likely a sign that oil producers have been taking advantage of the recent run-up in prices to hedge their production in 2020 and beyond.

RIN values for both ethanol and biodiesel dipped Thursday after the Senate narrowly approved the EPA’s interim director promotion to full time chief of the agency. While the political football known as the RFS still seems unlikely to be changed with a split congress, it seems the small market reaction is acknowledgement that the bio-lobby had failed in their efforts to prevent this move.

The EIA meanwhile is predicting a stable market for biofuels over the next 2 years with steady production and consumption in a new note released this morning. 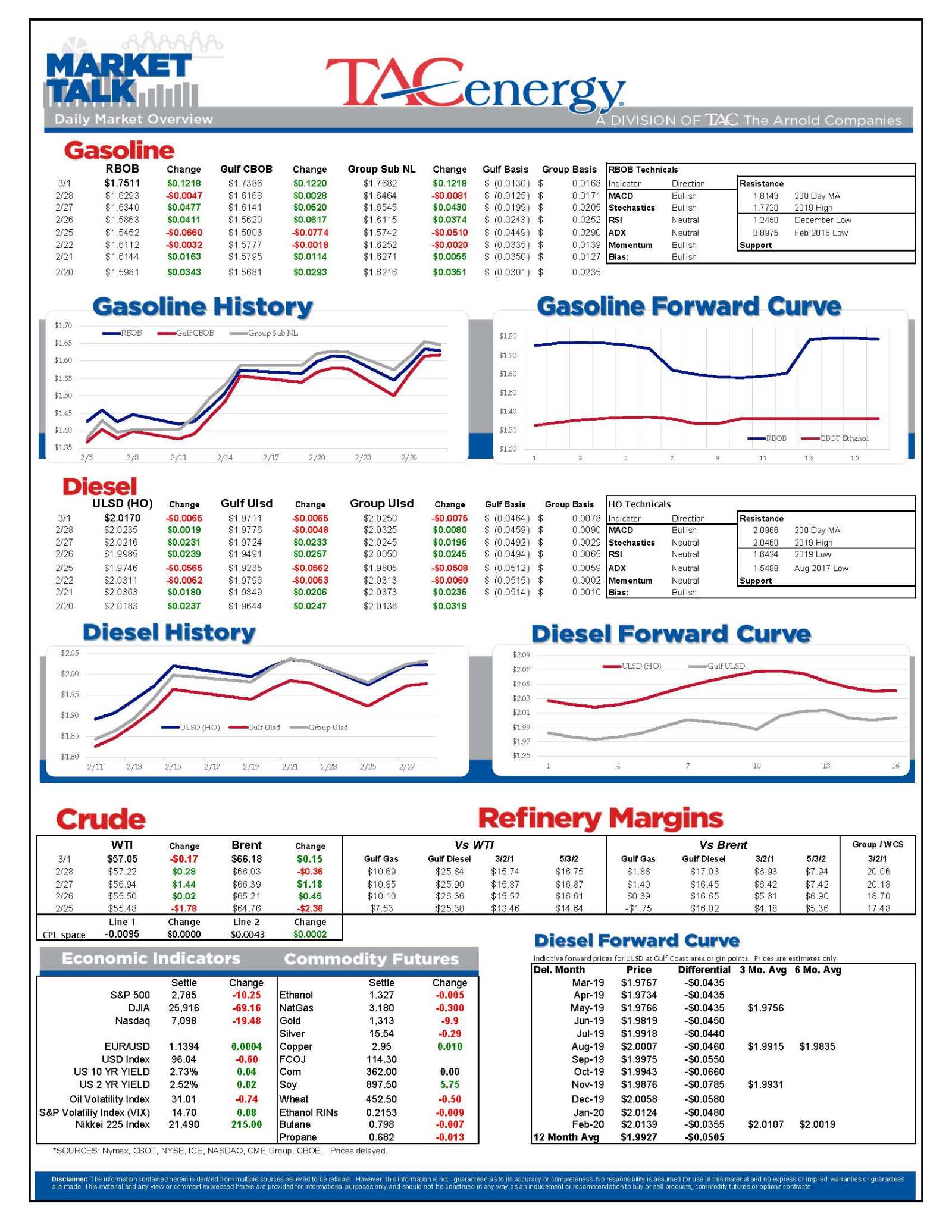 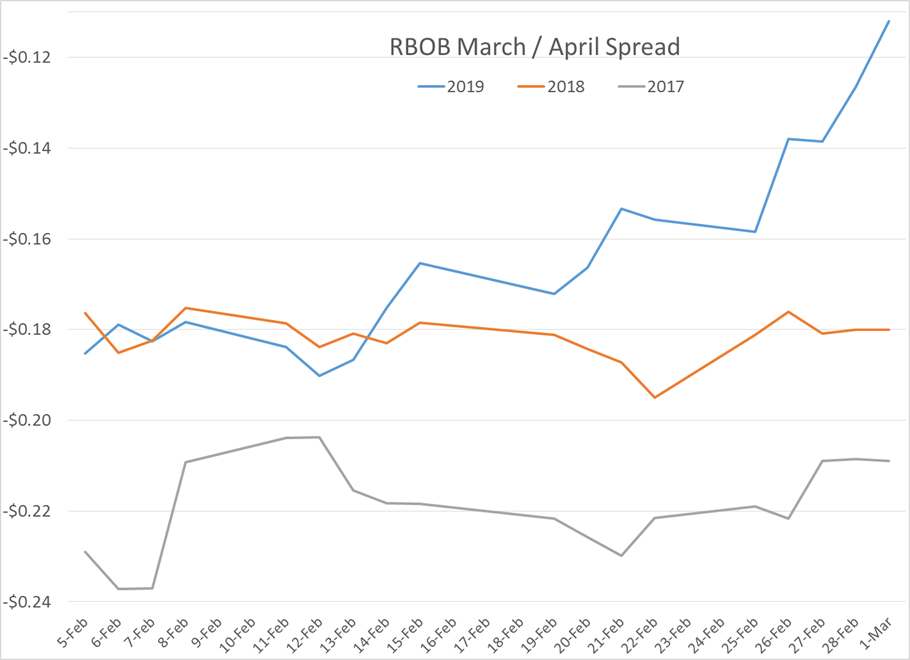 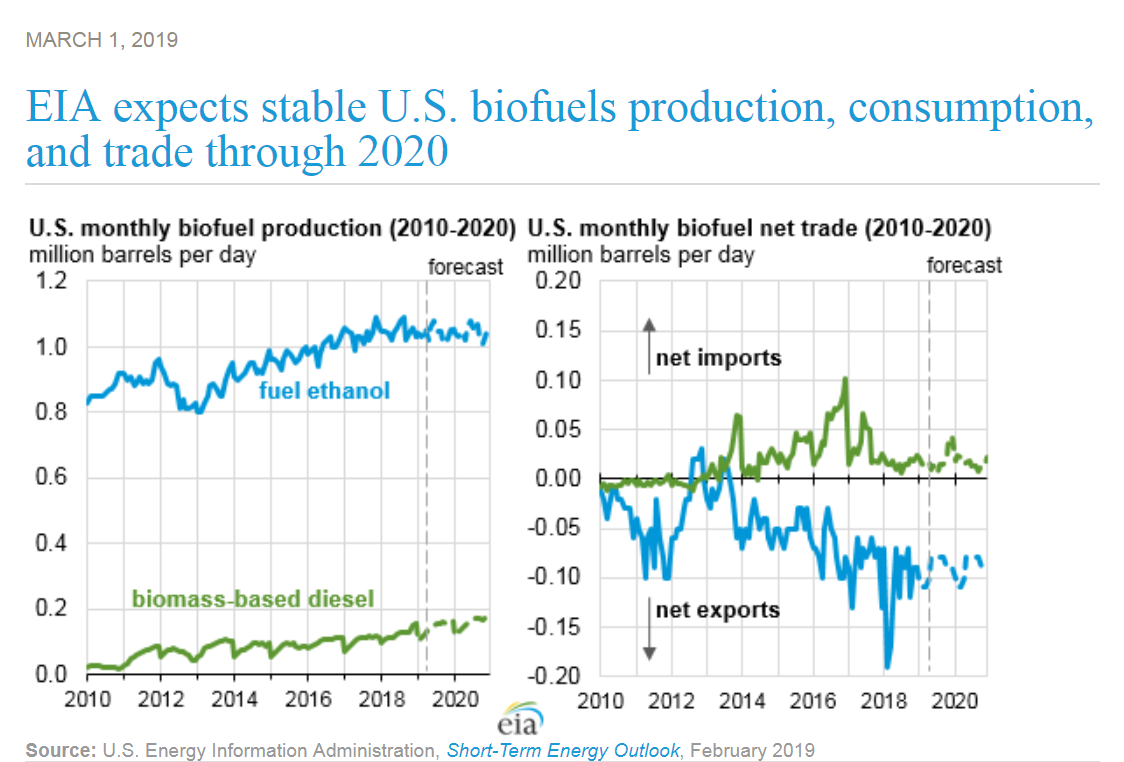