Indecision continues to reign in energy markets as a strong Wednesday bounce has faded in the early hours of Thursday’s trading.

The latest change in control of Libya’s largest oil field is getting some of the credit for the move lower in oil prices this morning, as it could mean another 300,000 barrels/day of production can return to the market in short order.

Wednesday’s DOE report headline values were more bullish than most forecasts, with oil and gasoline inventories increasing less than expected, while distillates dropped more than 2 million barrels on the week.

Total US refinery runs were up on the week, surprising many considering the numerous outage reports in the past 2 weeks, and expectations for a busy pre-spring maintenance period. It’s possible the impacts of the rash of refinery issues were overestimated, but it’s also possible that the timing of the data collection means the drop in run rates won’t show up until next week. Based on the strength in regional cash markets over the past 2 weeks, it seems like we’re due to see the reported refinery runs continue to fall.

Last week’s demand estimate for gasoline seemed too good to be true, and yesterday’s report confirmed those suspicions as the estimated domestic consumption dropped by more than 5%. The DOE’s estimate through 5 weeks of 2019 of 8.96 million barrels/day of gasoline demand is about 1% higher than the first 5 weeks of 2018. 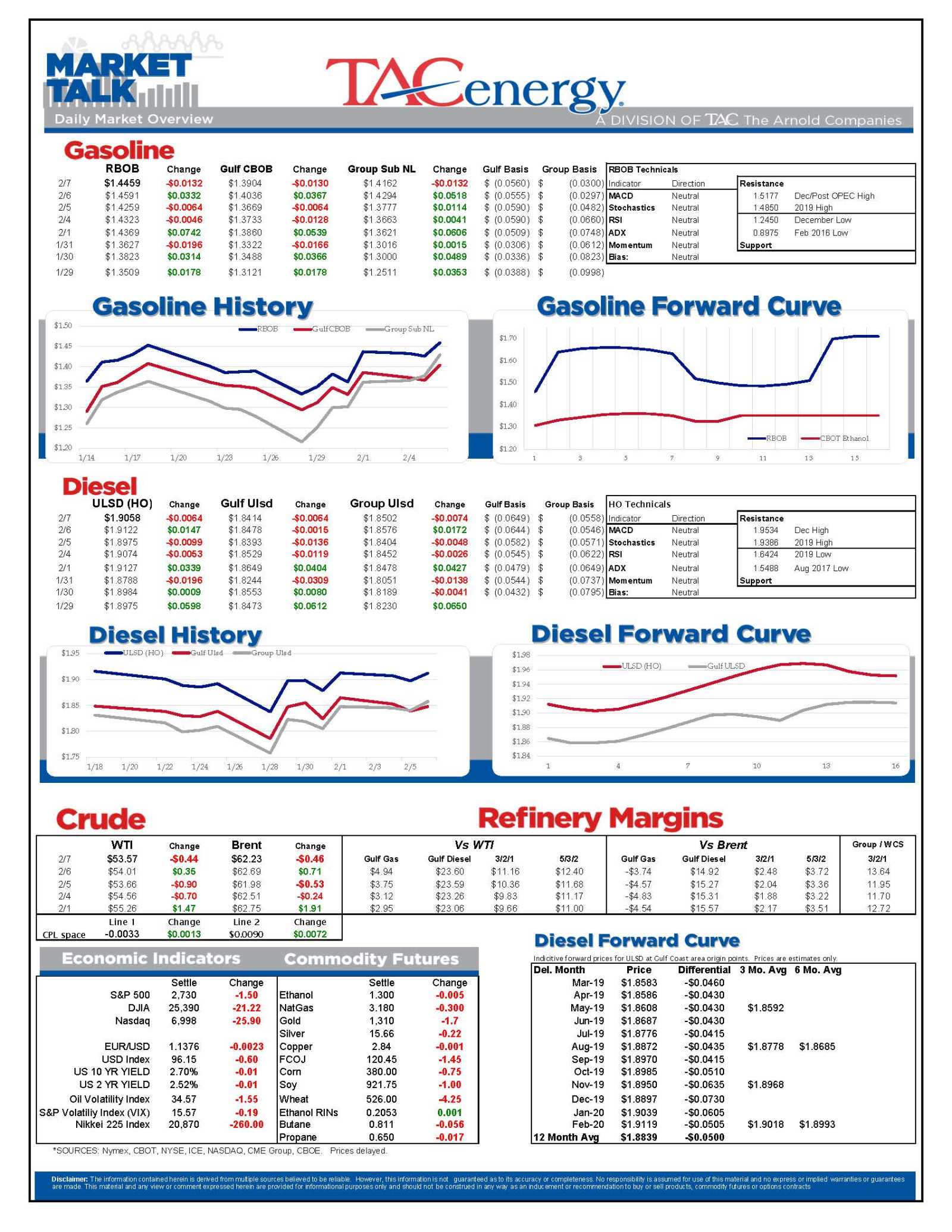 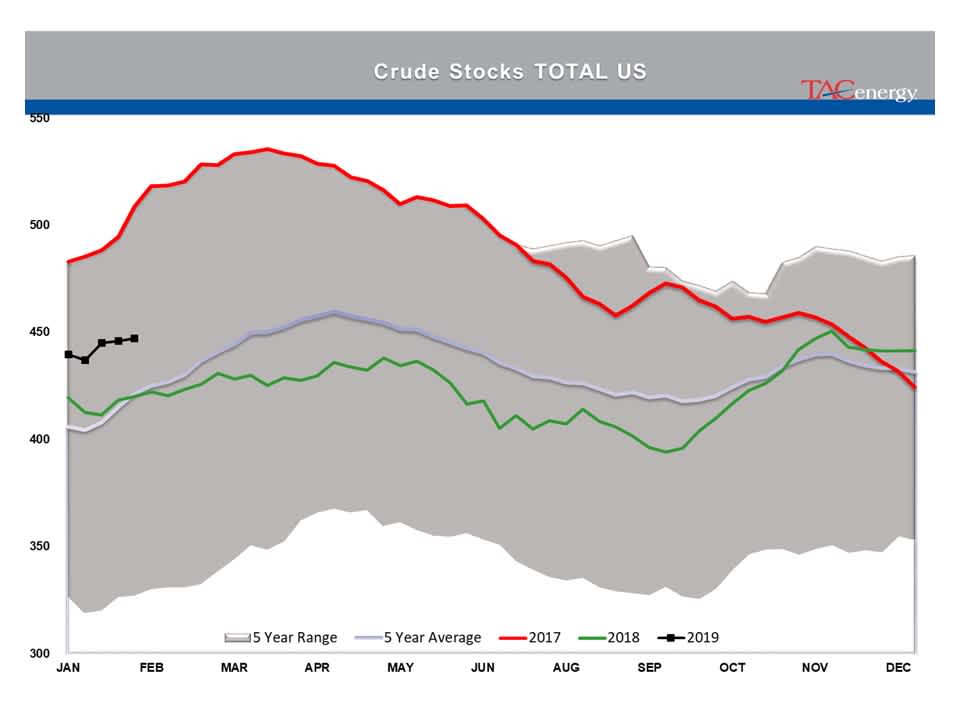 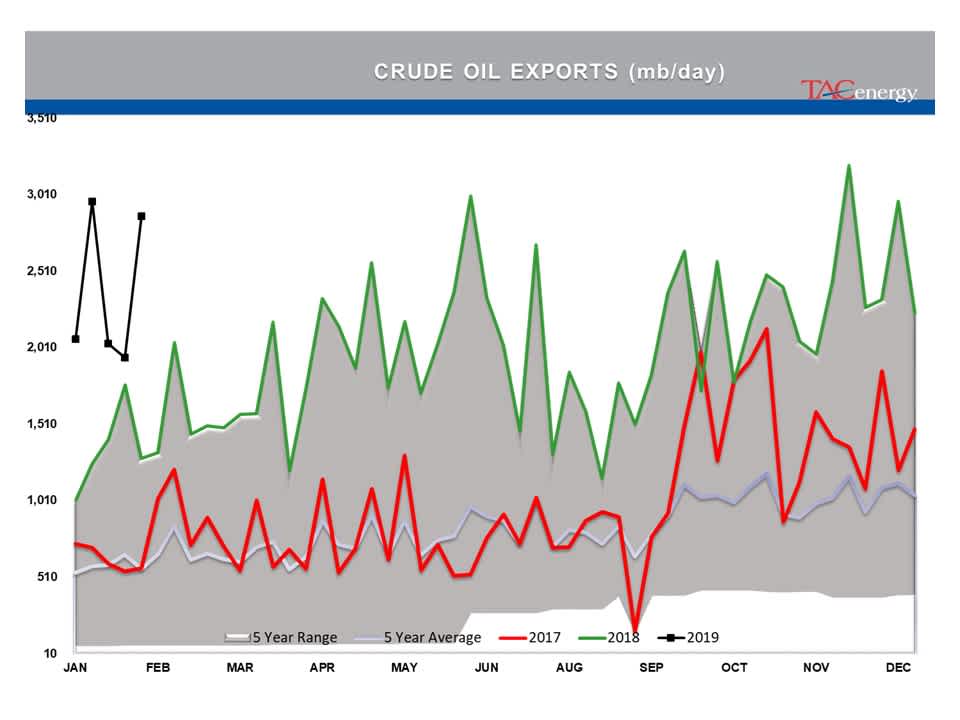