The American Petroleum Institute estimated and across the board draw in petroleum inventories for last week. The report published yesterday afternoon showed national crude oil stocks down nearly 5 ½ million barrels with gasoline and diesel down ~2.8 million barrels. The Department of Energy is set to release the official totals at its regular time this morning (9:30 Central).

The inventory data is taking credit for the rise in prices today. After a flippant day yesterday, energy futures are climbing, with confidence, higher this morning. Prompt month gasoline and diesel futures are both up around 1.5%. West Texas Intermediate futures are up nearly 2% setting a new 6-week high.

Power outages remain the main issue in areas affected by the landfalls of Hurricane Nicholas. Now downgraded to a tropical depression, the storm has stalled out and seems content to hover over a waterlogged Louisiana. Although it may not be causing any new infrastructure damage itself, Nicholas is hampering Ida recover efforts in the Pelican State. The EIA estimates nearly 1.2 million people lost power during the late August storm.

As one dissipates another appears: the five-day outlook from the NOAA shows yet another area of interest with an estimated 20% chance of development over the next week. In the short term eyes will be on the storm brewing just off the Atlantic coast which should stay out to sea. In the long term however, the system forming off the West coast of Africa is doing so in a manner commonly seen this time of year and often results in a major hurricane.

The current outlook falls below. 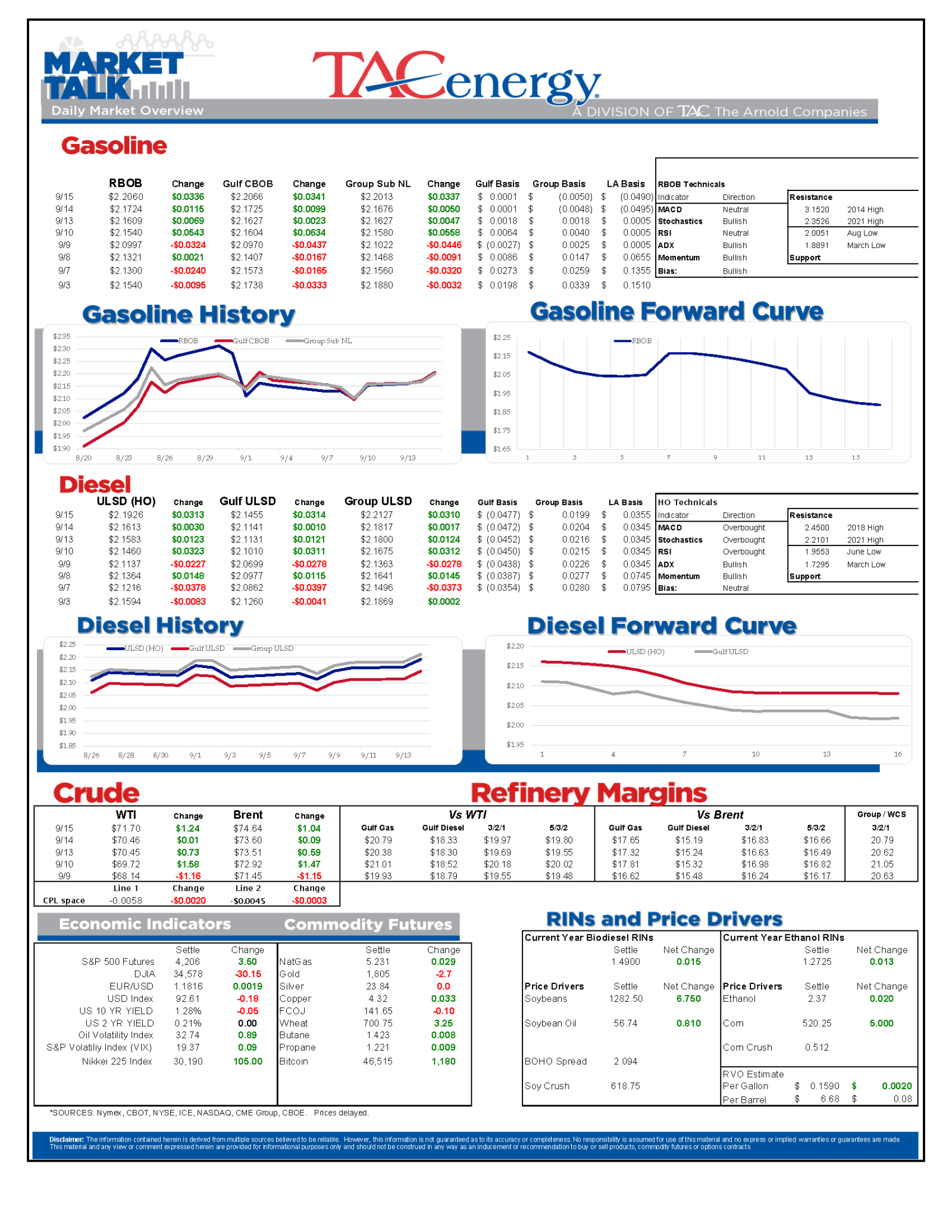 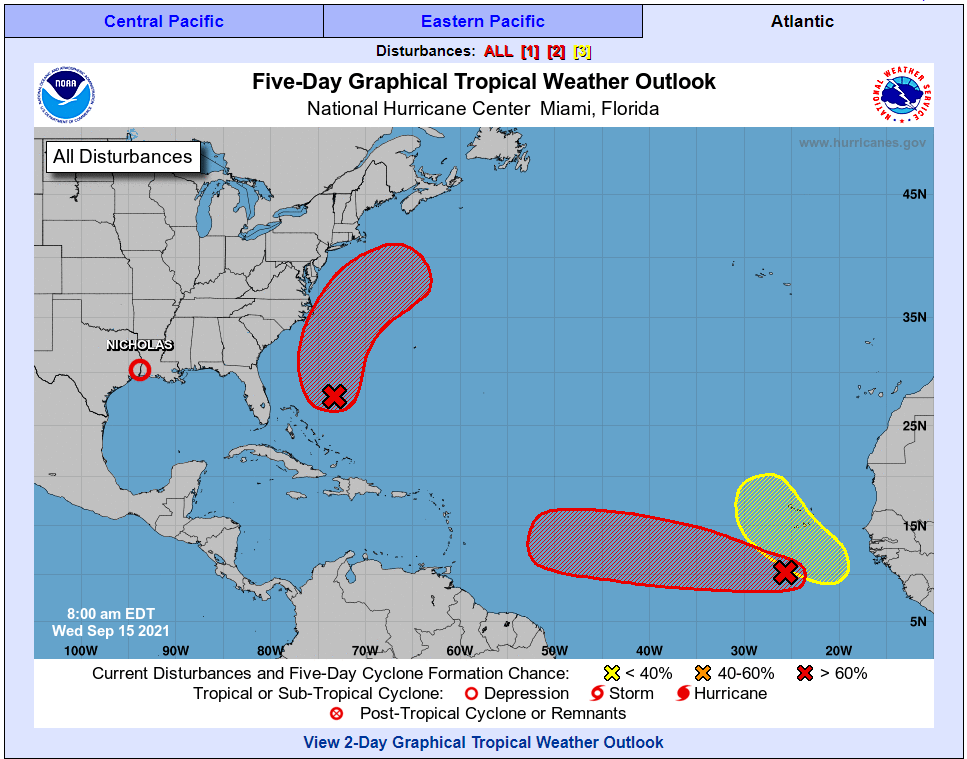 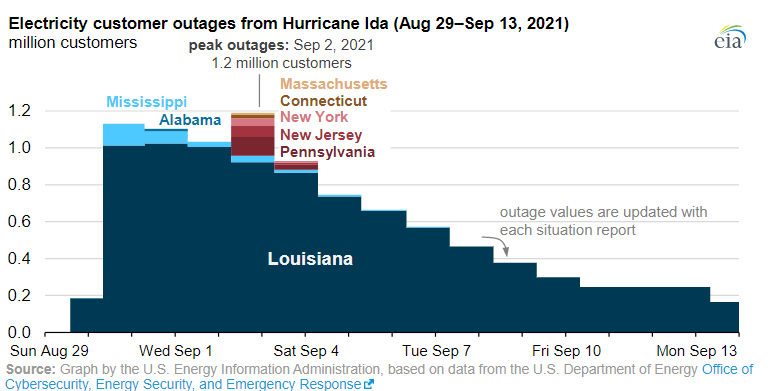