Inventory declines and more refinery issues have gasoline futures trading at 6 month highs today, with some regional US markets seeing their highest levels in a year. Gasoline futures are trying to drag crude and diesel prices on another rally, but so far are being met with a bit of apathy from the other energy contracts.

There were unconfirmed reports Tuesday of 2 more fires at Gulf Coast refineries, and Midwestern gasoline stocks were reported to have reached their lowest April levels in more than 5 years, after reaching record highs just 2 months ago. Both of these issues seemed to help encourage more strength in regional basis differentials, in addition to the gains in futures.

Adding to the upward momentum overnight, late Tuesday afternoon the API was reported to show a 7 million barrel decline in gasoline stocks last week, which appears to be driving the overnight strength in gasoline prices (both outright and spreads). Diesel inventories were said to drop by 2.4 million barrels, while crude oil inventories increased by 4.1 million barrels. The DOE’s weekly report is due out at its regularly scheduled time this morning.

While the spring rally has pushed near-term prices for the big-4 petroleum futures contracts (WTI, Brent, ULSD & RBOB) to their highest levels in the past 5-6 months, forward values have actually declined in some cases as short term supply concerns give-way to longer term economic growth concerns, and perhaps due to producers using this rally as an opportunity to increase their hedge positions on expected output in coming years.

Fake News? The Business Times of China reported that a fire at the Phillips 55 refinery was contributing to $4 retail gasoline prices in California. Not sure if that’s a witty poke at the refiner’s operating performance or just a bit of lost-in-translation. To be fair, if I was reporting on Chinese refineries, it’s safe to say my pronunciation would miss the mark by more than 11.

Today’s interesting read: A $254 million loss in Trafigura’s trading book provides the latest in a long list of examples of how complex hedging physical commodities can be. 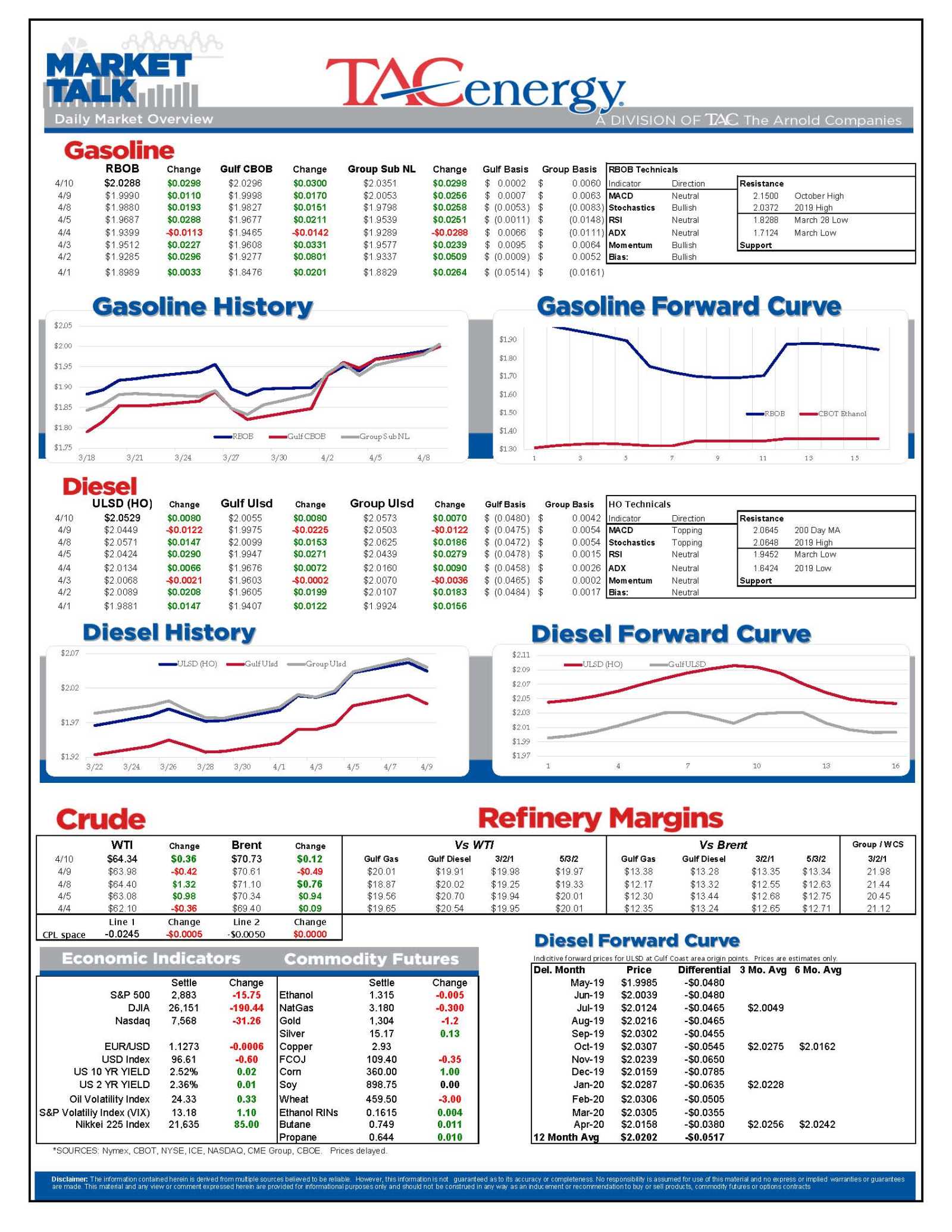 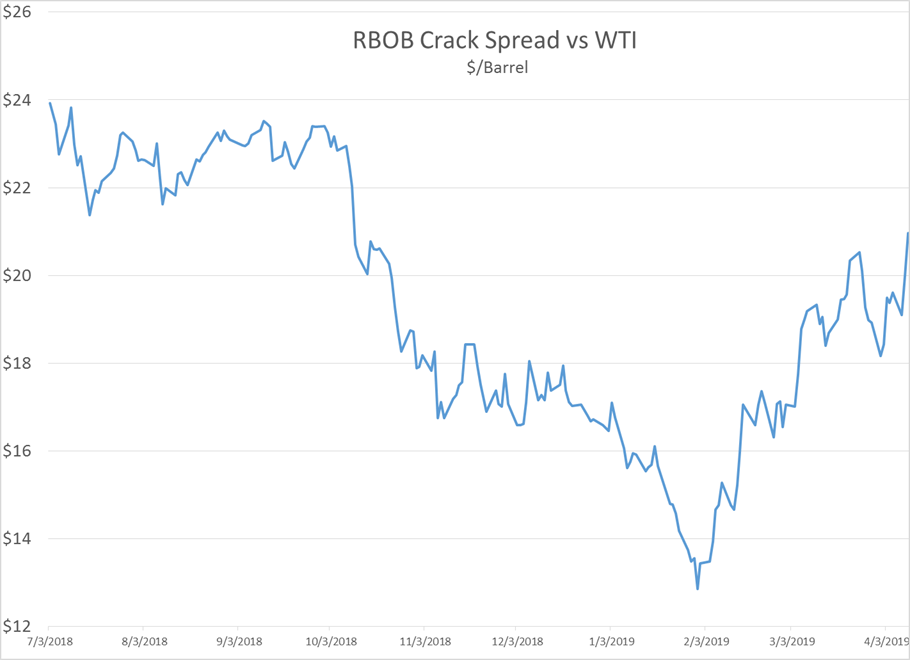 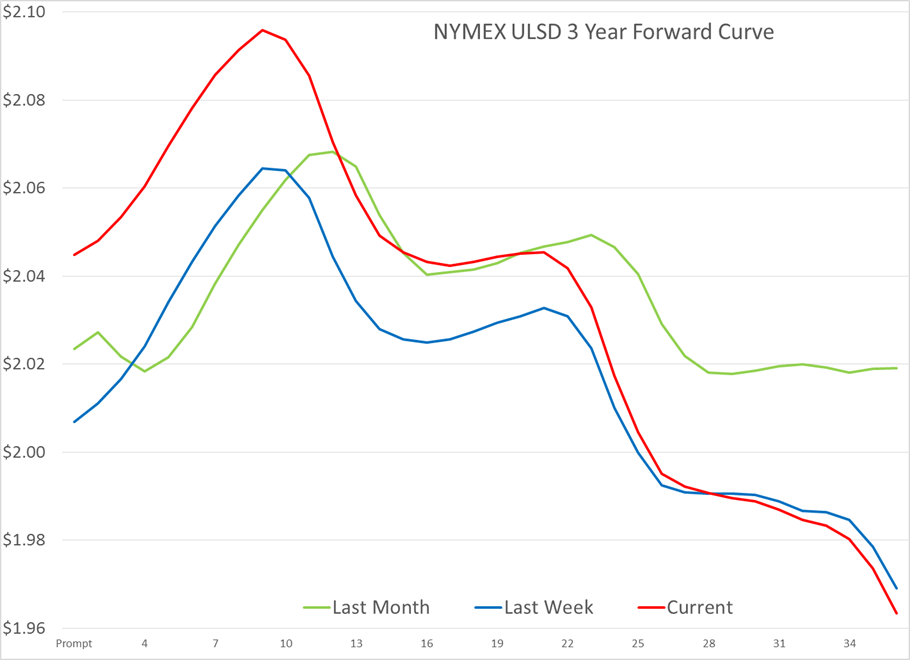