It’s A Fairly Quiet Morning For Energy Prices, With Trading Limited By The President’s Day Holiday

It’s a fairly quiet morning for energy prices, with trading limited by the President’s day holiday and the fact that an all-out war didn’t break out this weekend.  Futures are trading in an abbreviated session today, and are showing modest gains of around a penny for refined products, after another casually volatile overnight in which 6-7 cents swings were seen for both RBOB and ULSD contracts.

We just finished the first weekly decline of the year for most energy contracts, which also managed to break the impossibly steep bullish trend lines that have added more than 40% to prices in just over 2 months.  While a sharper pullback now looks more likely, it’s hard to see a major sell-off happening until there’s some more definitive outlook for the Ukrainian showdown.

Money managers were fairly quiet last week, making modest reductions in both their long and short positions for WTI, HO, Brent and Gasoil contracts (which may be a sign they’re growing tired of the pricing rollercoaster) which ended up with minimal changes to the net length held by the large speculators.

Perhaps most notable in the weekly Commitments of Traders report is that the Producer & Merchant trade category now holds the most net length in WTI that we’ve seen in more than a decade.  That suggests that drillers aren’t too worried about prices going back down and limiting their output anytime soon.

Speaking of producers, Baker Hughes reported a net increase of 4 oil rigs active in the US last week, with the Permian basin adding 5 rigs while all other basins netted a decrease of 1.  A WSJ article Friday noted how large public producers are showing restraint in their drilling, prioritizing cash flow over oil flow, while smaller privately held companies are being much more aggressive to take advantage of higher prices. 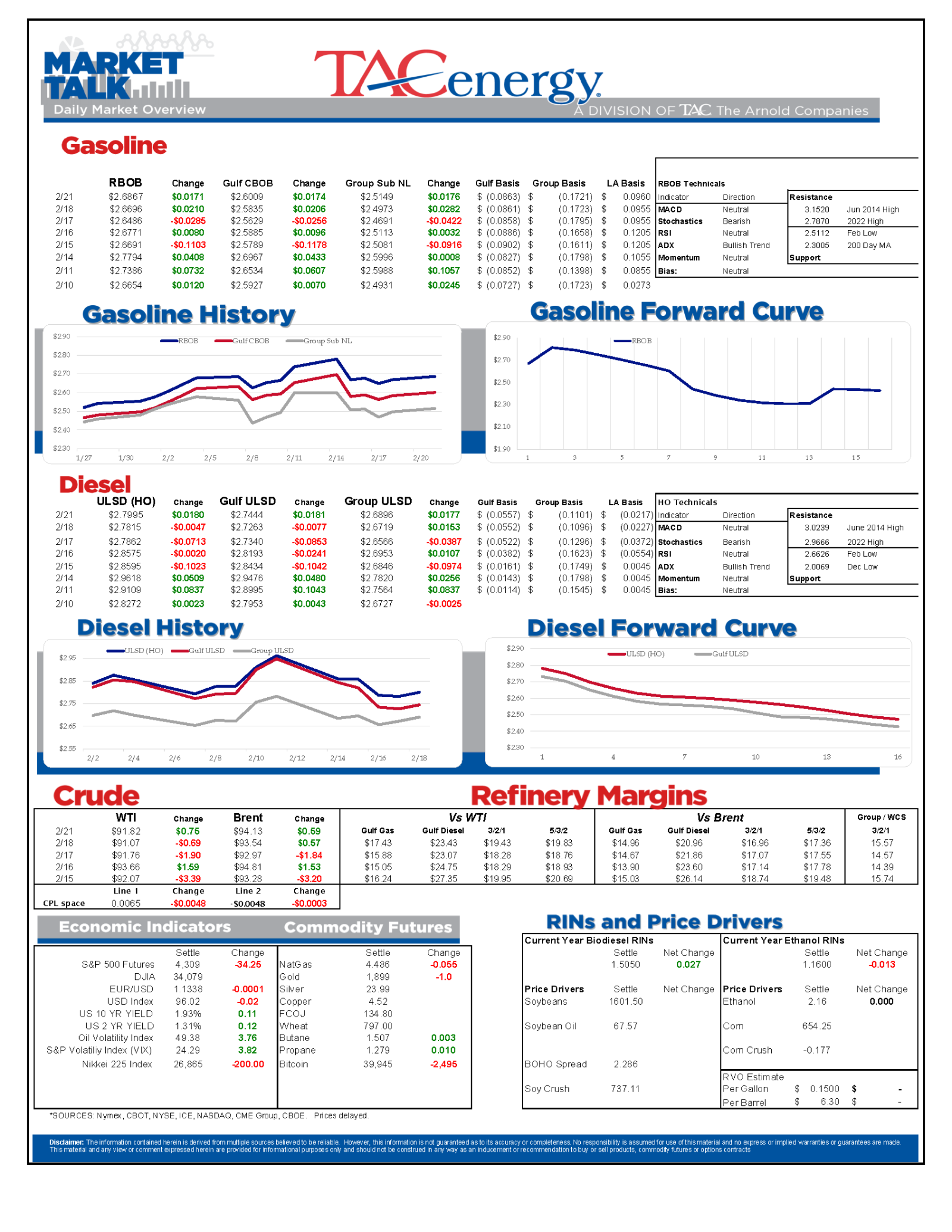 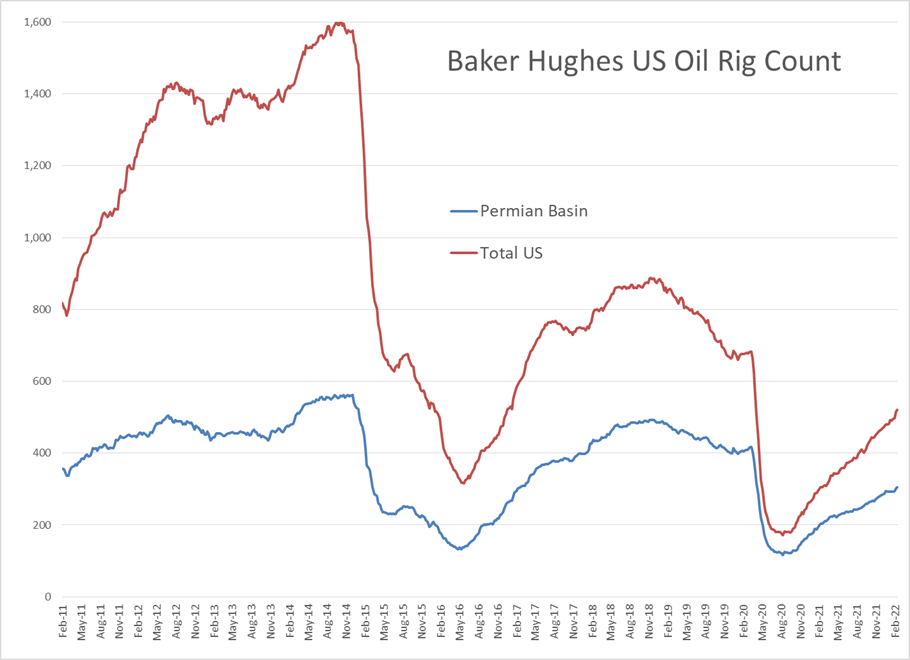