It’s a mixed bag for energy futures so far this morning. American diesel and crude oil benchmarks are trading higher to start the day while gasoline futures seek to extend yesterday’s heavy selling. The prompt month RBOB contract, the main driver of national gasoline prices, has dropped over 25 cents from Monday and over a dollar since setting highs back in June.

Rumors of a very hot Consumer Price Index headline figure circulated news outlets yesterday afternoon. If confirmed to be correct, the CPI, used as a measure for how much general goods and services cost to the average consumer, has risen another 1.1% in June, bumping the annual inflation rate to 8.8%. The Bureau of Labor Statistics is set to release their report at 8:30 Eastern, and we’ll find out of the leaked figured were in fact fake.

The Energy Information Administration published an article today highlighting the continuation of lofty RIN prices last month. The EIA mentions it’s the increase in blend stock prices that is driving the credit prices higher, as a part of a story we are not unfamiliar with. It looks like it might be a different case this month as we see edible oils, wheat, and corn prices plummet as countries shift policies/strategies to cope with the shortages caused by the war in Ukraine.

Well the rumored CPI numbers ended up being fabricated, but the lie seems much more palatable than the truth. Inflation costs for consumers raised by 1.3% last month, compared to the 1.1% “estimated” yesterday, solidifying the annual inflation rate as the highest its been in 41 years. It won’t come as a surprise to anyone that commutes: the increase in the cost of gasoline was the largest month-over-month percentage point increase.

From the Bureau of Labor Statistics 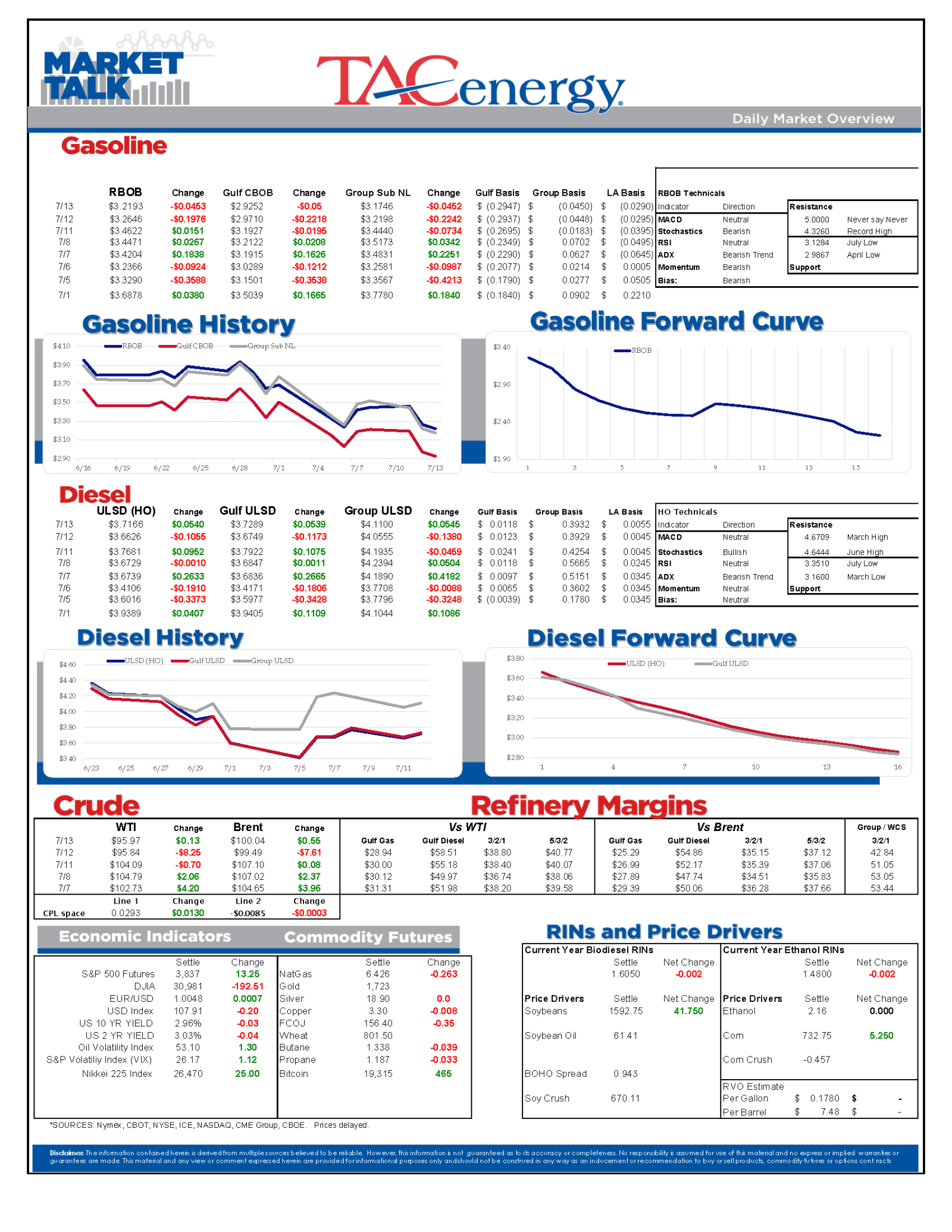 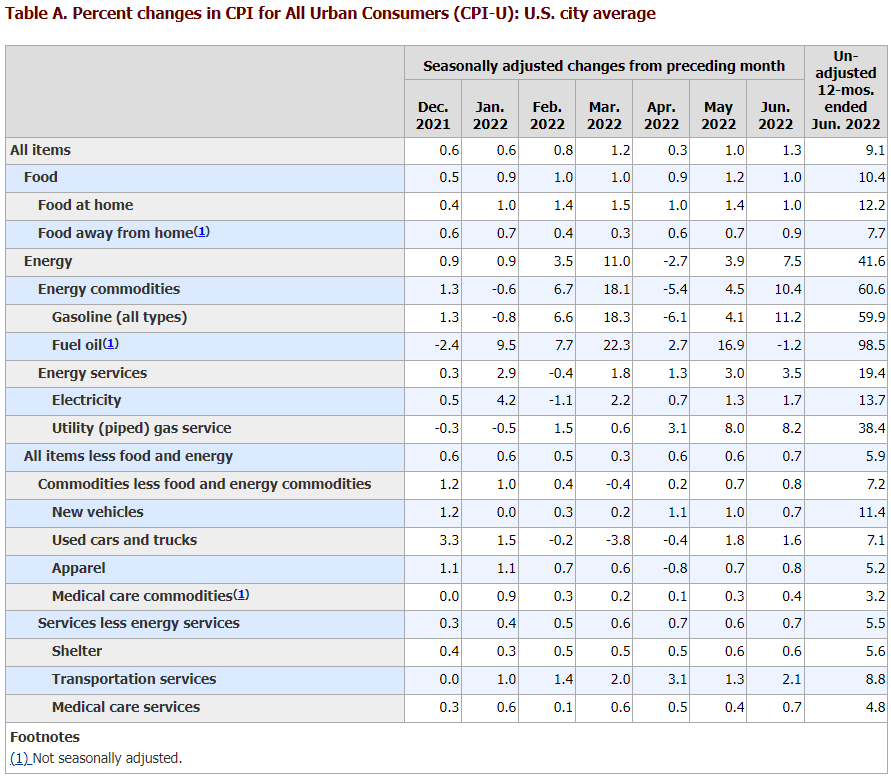 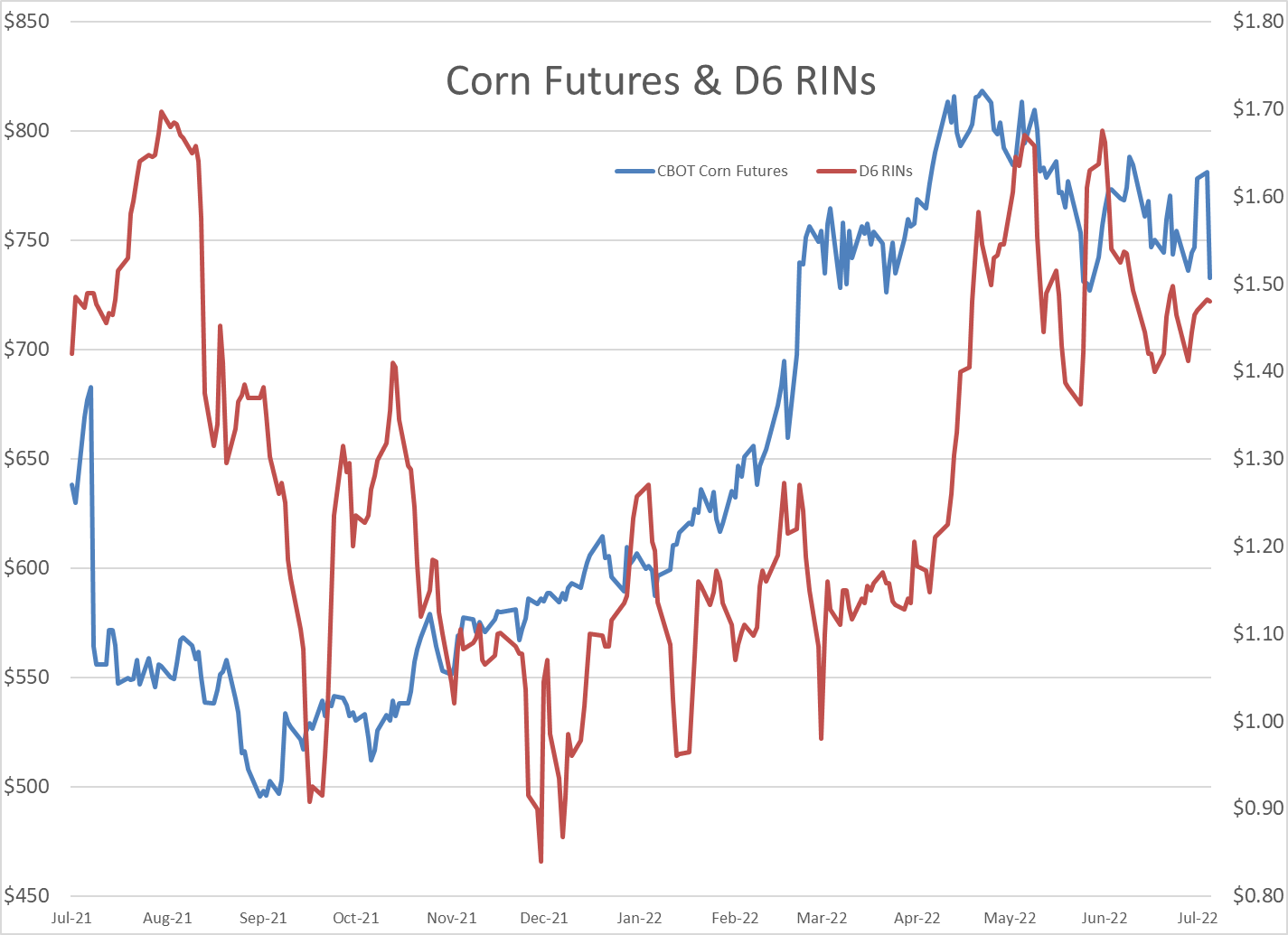