It seems that the large crude oil inventory build published by the API late Wednesday was to be believed: the EIA showed a 9.3 million barrel addition to the US oil stockpiles last week. The build comes amid lower US exports and a busy refinery maintenance season, also responsible for the drawdowns in refined products. Gas and diesel inventories dropped by 2.5 and 3.8 million barrels last week, respectively.

Tropical Cyclone Sixteen has picked up some speed in the Gulf of Mexico and is expected to make landfall somewhere along the panhandle or Big Bend of Florida. There is a Tropical Storm Warning issued for several cities along the Gulf Coast including New Orleans, Pascagoula, and Mobile, all of which are home to one or more crude oil refineries. While a direct hit isn’t likely on any of those facilities, extensive rainfall could cause flooding and operational disruptions.

Rates for the candidly named Very Large Crude Carriers (VLCCs) came crashing down yesterday after rising over 125% in the last 4 weeks. Anticipation for the upcoming IMO regulation change, US sanctions against China, and a borderline blacklisted Venezuela fueled the spike. While we might see a blip in crude exports next week, the large anticipated drop isn’t likely materialize.

American energy benchmarks are posting gains so far this morning with prompt month RBOB and HO up around 1-1.2 cents per gallon and WTI up about 50 cents per barrel. The positive action is tentatively being attributed to the US-Turkey ceasefire even though it doesn’t look like the definition of ‘ceasefire’ was agreed upon. Nevertheless the energy complex is buying up this morning, hoping to end the week in the green. 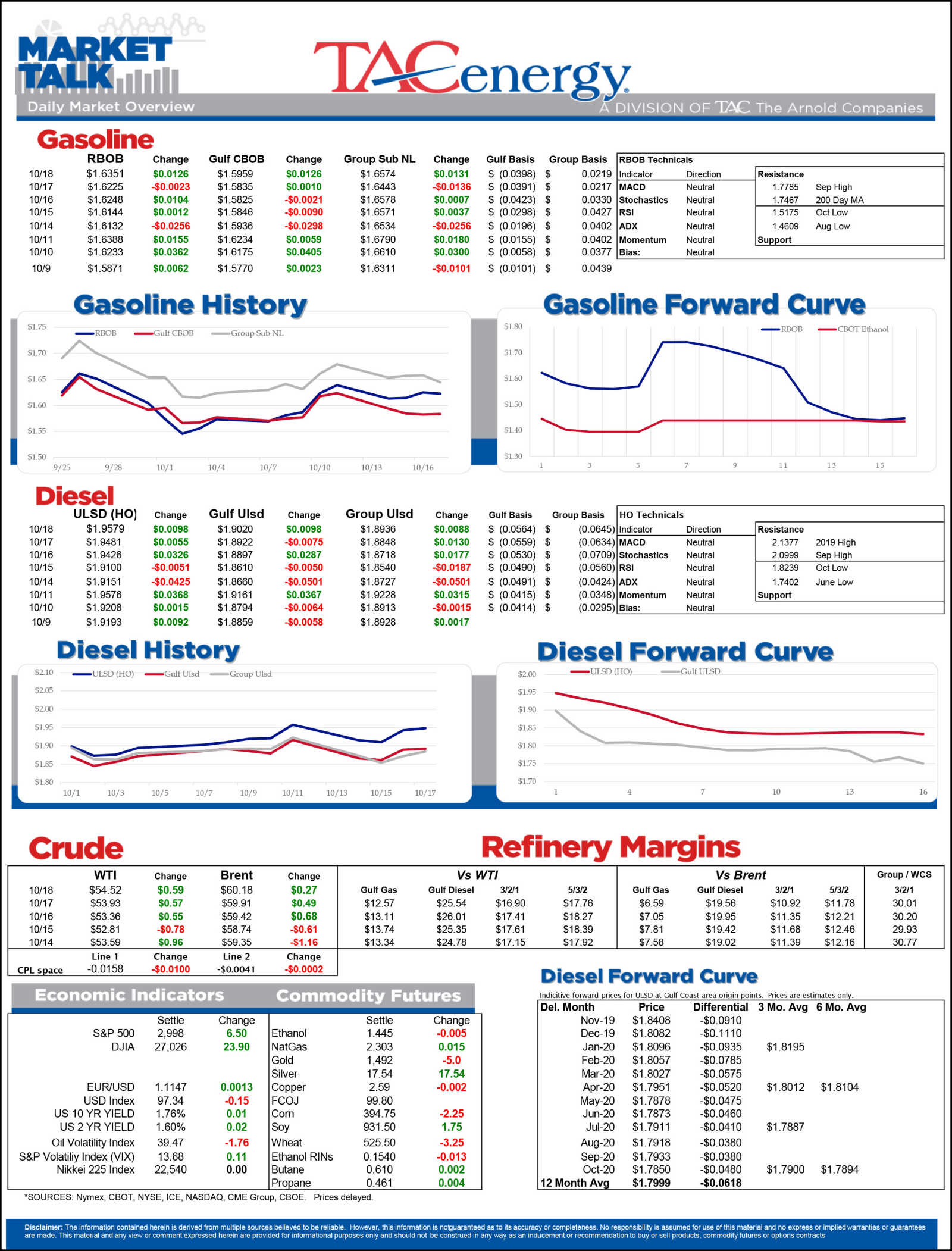 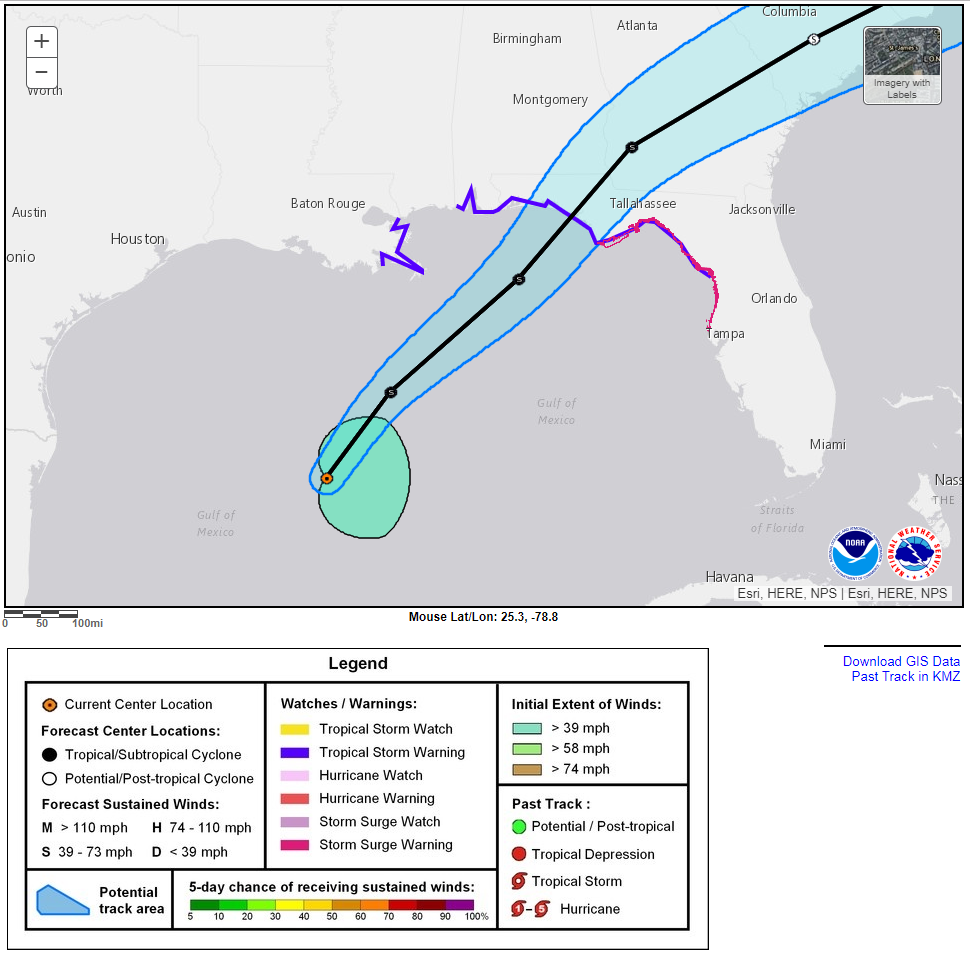 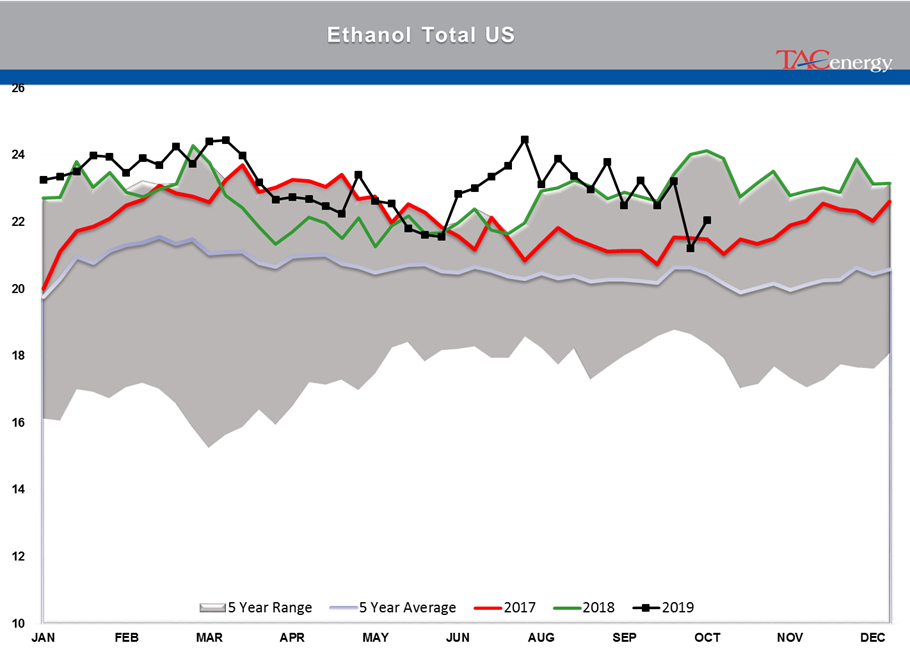