Large inventory draws helped energy prices recover from a heavy wave of early selling Wednesday, but they’re under pressure again to start Thursday’s session as doubts linger about the sustainability of those improving fundamentals.

There’s no doubt that hurricane Delta had a large impact on last week’s numbers reported by the DOE as nearly 20% of refining capacity and essentially all of the oil production in the Gulf of Mexico were in the storm’s path. Now that Delta has passed and damage appears to be minimal (P66 confirmed restart of its Lake Charles facility yesterday) there seems to be much more to worry about with demand than there is with supply.

Diesel inventories saw their biggest weekly decline in 17 years as refiners made sharp cuts in output thanks to both weak margins and a major hurricane, while consumption held steady thanks in large part to harvest demand peaking across the Midwest.  That was some good news for refiners, and helped ULSD prices erase the heavy selling from earlier in the morning.  The bad news is inventories are still closer to record highs than to average levels, and the cuts in distillate yield aren’t easily sustainable.

U.S. diesel production reached its lowest level since the aftermath of Hurricane Harvey three years ago. While some of the decline is due to shutdowns ahead of Delta, there is also a real concern that the glut of distillates will continue to weigh on refiners for some time. As the charts below show, refiners are already stretching their product mix to levels we haven’t seen in 20 years as gasoline demand and margins have rebounded, while distillates languish, and there’s not much else they’ll be able to do besides cut run rates completely.

Gasoline inventories are back in a normal pattern, holding below 2019 levels and their five year seasonal average for a second week, even though demand pulled estimates dipped and remain nearly one million barrels/day below where they should be this time of year. Refiners are stretching to maximize gasoline yields just in time for the seasonal demand slowdown, which might make for a sloppy market this winter.

The refinery formerly known as Hovensa, which used to have a strong influence on NYH prices before being shuttered in 2012 due to weak economics, has been struggling to restart for a variety of reasons after new owners took over. A Reuters report this morning suggests that those new owners are now stuck between needing to start the facility this year to avoid losing its crude supplier, and an oversupplied market that would mean operating at a loss.

One of the two storm systems being watched by the NHC is slightly better organized today and is given 40% odds of developing, but is in a location that suggests it will stay offshore and not threaten the U.S. coastline. The other system is in a more dangerous position in the Caribbean that could move north into the Gulf of Mexico, but it’s still only given 20% odds of developing. 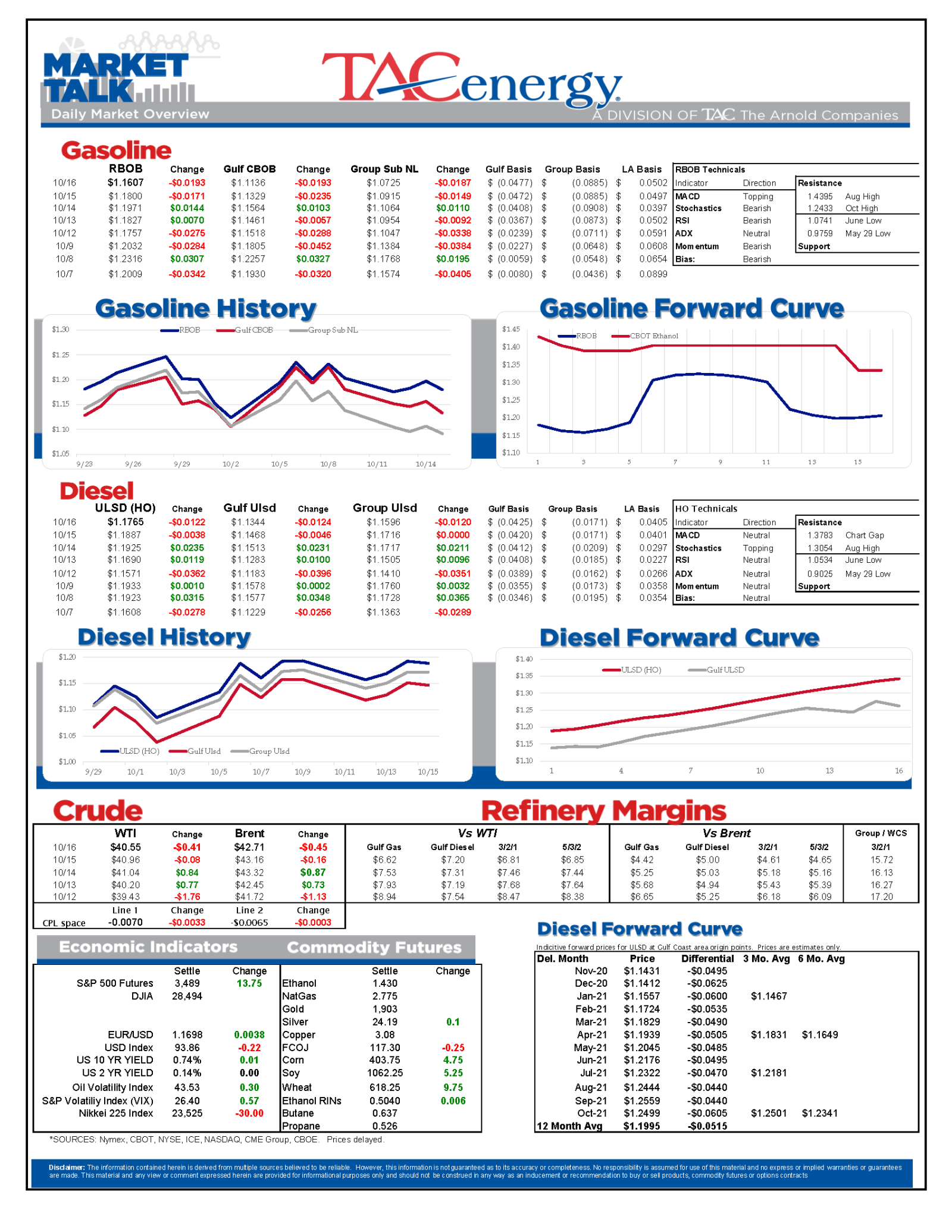 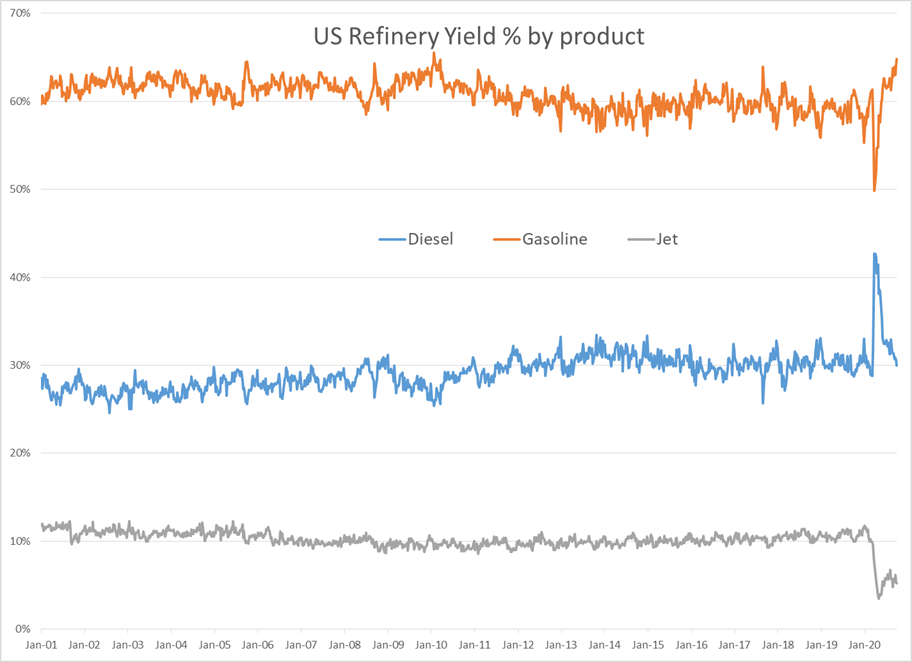 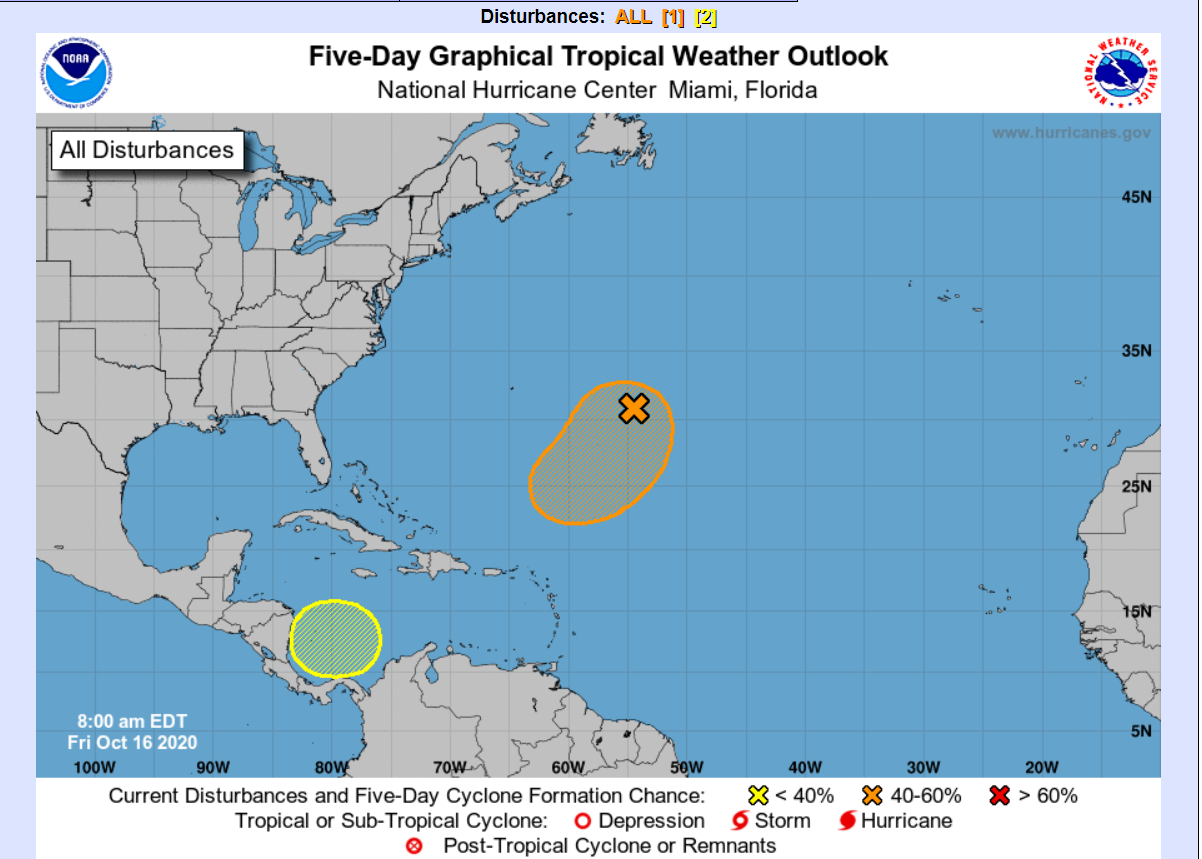