Last Trading Day Of The Month, Year And Decade

The Santa Claus rally ran out of steam this week as U.S. equities pulled back from record highs Monday, and refined products have lost 6 cents from their December high prints. So far it appears the new violence in Iraq – which appears to be yet another proxy war with Iran – has had little if any effect on prices.

It’s the last trading day of the month, year and decade. It was a strong year for both energy and equity prices, but the two asset classes had a very different decade as stocks nearly tripled in value, while petroleum prices fell under the weight of record U.S. supplies.

As foreshadowed by the market action and ICE report Friday, money managers increased their net long holdings in WTI, ULSD and RBOB contracts last week according to the delayed CFTC COT report.

RBOB gasoline positions are the most notable, even though they’re relatively small compared to oil positions, as speculators seem to be getting out over their skis with bets on higher prices well above anything we’ve witnessed at this time of year. Extreme positions held by speculative funds is seen as a contrary indicator, and could mean more selling to come once those funds start heading for the exits, which we could be witnessing currently. Refiners meanwhile seem content to sell into the rally, with the net short position held by the producer/merchant category of trader reaching its largest level since the spring.

Watch the February contracts (RBG and HOG) for price direction today as the January contracts expire. Trading will close at its regular time this afternoon, and will be closed all day tomorrow. Rack prices set tonight should carry through Thursday. 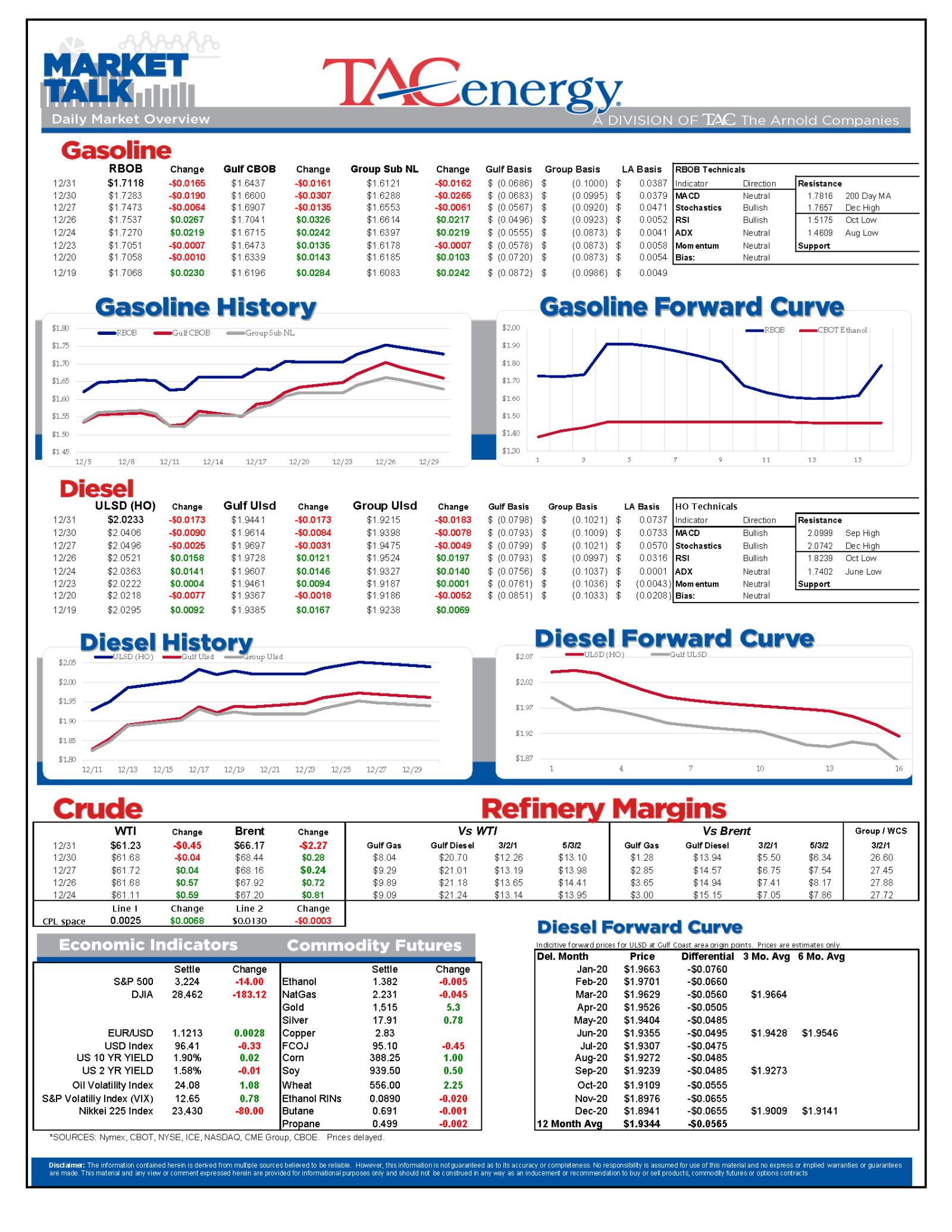 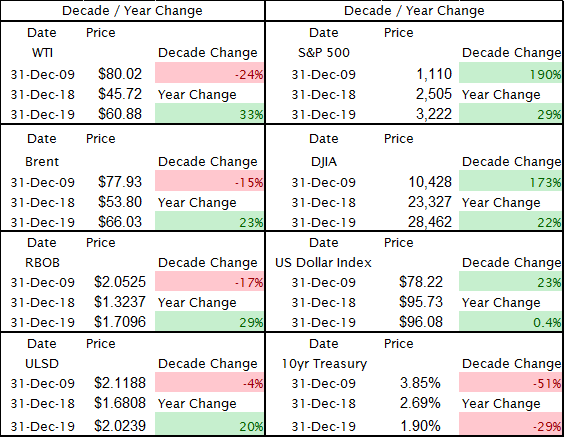 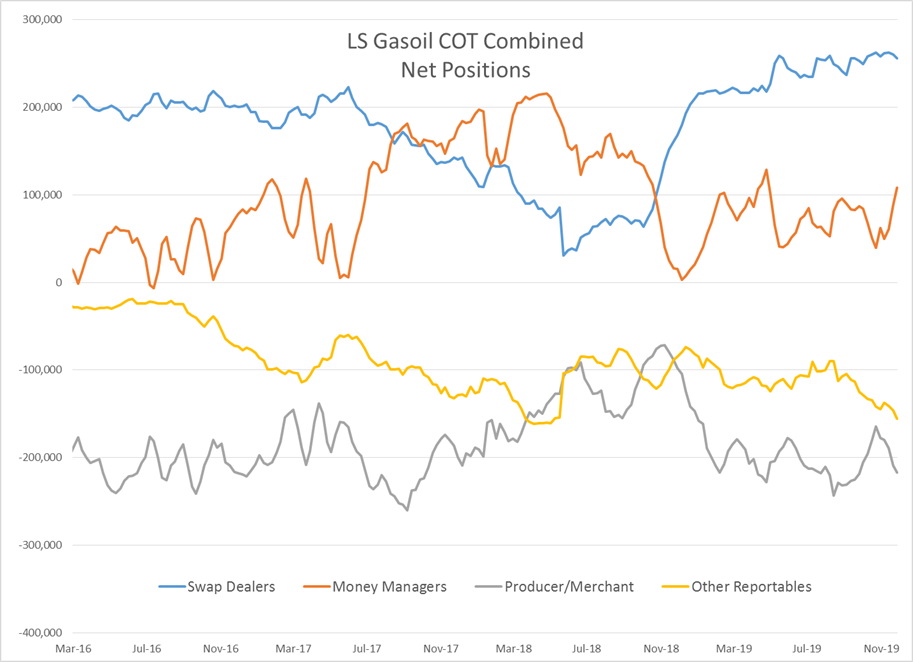