This is what it looks like when a market has one of the strongest rallies in its history, outkicks its coverage, and then finally breaks its upward trend. Most petroleum contracts had their biggest single day sell-off in 11 months (you know, since the day oil prices went to minus $40/barrel) after chart support finally gave way and created a snowball effect of selling.

Gasoline prices are down 26 cents from the highs set Sunday night, and distillates are down more than 20 cents, with both appearing to have more room to fall over the next week based purely on the charts. The next stopping point on the weekly chart for RBOB looks to be in the $1.80 range, while ULSD looks like it could make a run at $1.60 before reaching its next cluster of support, which held prices for several weeks back in January.

There are also some fundamental reasons for the drop, as more signs of healing emerge from refining country and supply allocations begin to ease across much of the south. The pipeline spill in New Jersey this week is still creating headaches for physical supply in the immediate area, but that has little bearing on futures prices, and the disruption appears to be contained to a few local terminals.

Chicken or the egg? RIN values dropped 12 cents for both D4 and D6 contracts, getting close to the moves in both gasoline and diesel on the day. Some will suggest the sell-off in RINs happened before the move in refined products, suggesting some of the unwind may have been reversing the Stronger RIN/Stronger Crack spread needed trade that’s been prevalent over the past month.

Today’s interesting read: A recap of the lawsuit scheduled to go before the supreme court this summer that may well determine the long-term direction of RIN prices.

Today’s other (slightly less) interesting read: An EIA note detailing why jet fuel consumption in the US will take a decade to recover, even though air travel should pick up soon.

If you’re wanting to get something done today, make sure you get it done by noon, since once the Tournament starts, these markets tend to go quiet in a hurry. 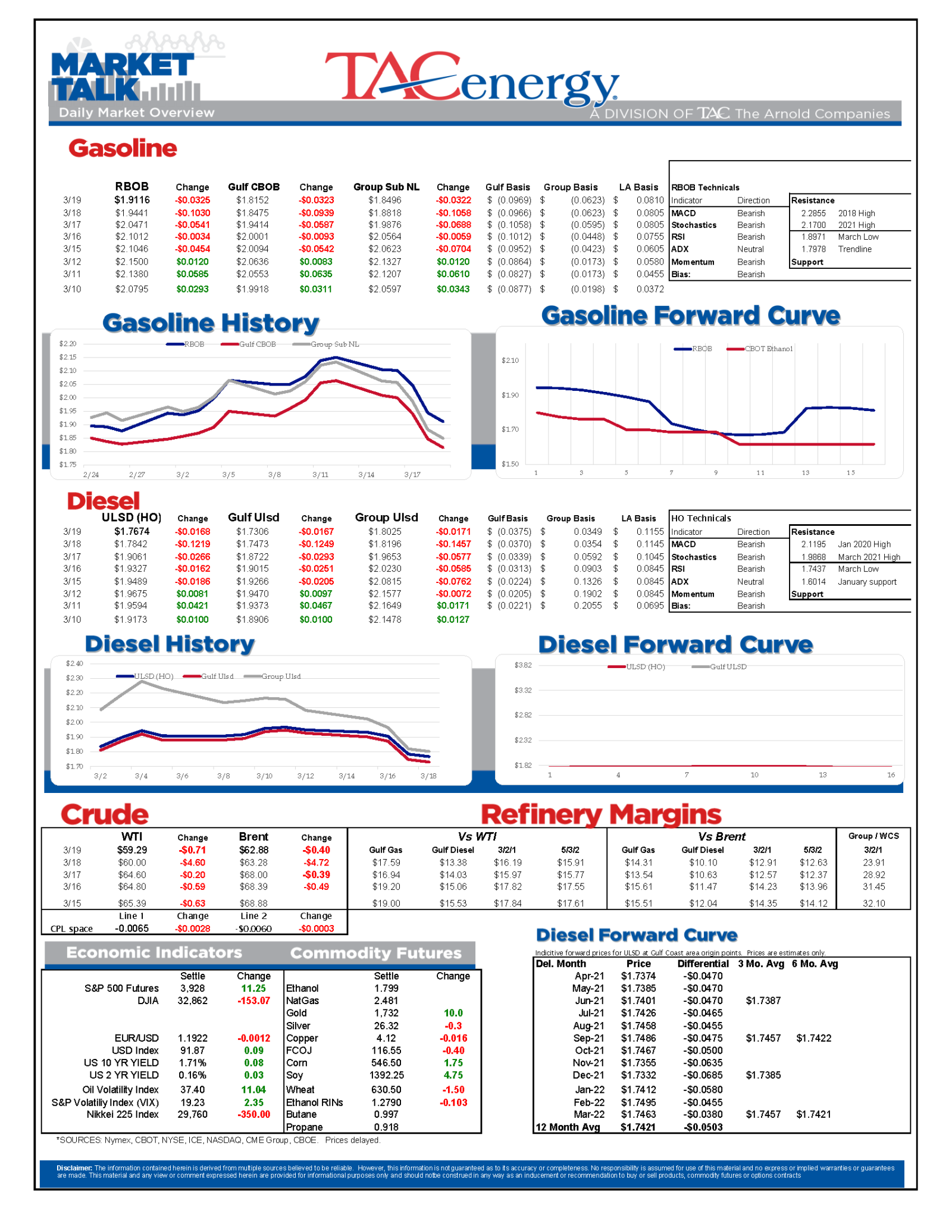 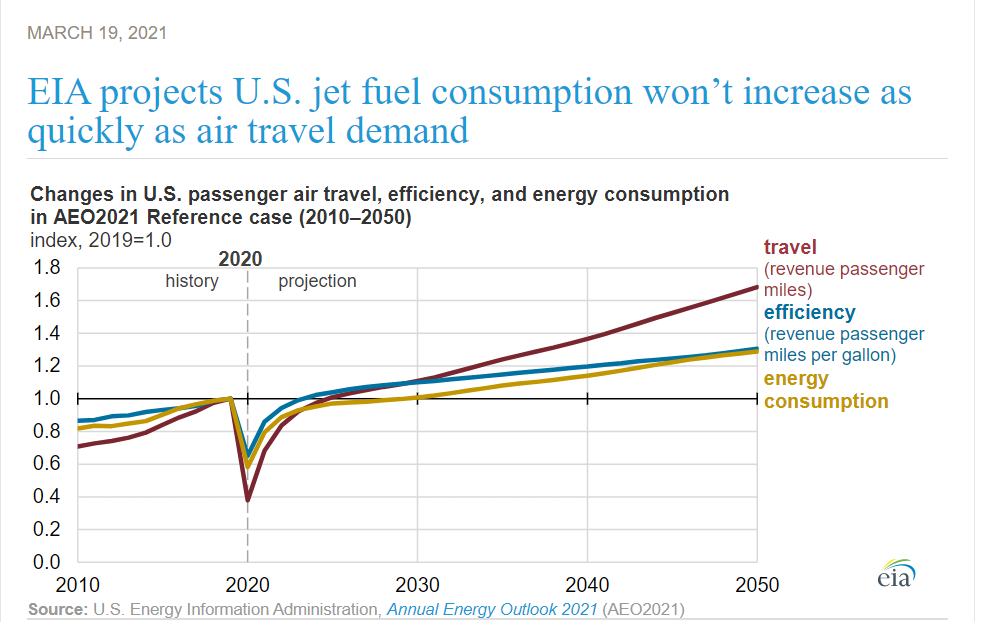