Energy futures survived yet another attempted selloff overnight, with refined products trading up modestly this morning after moving lower by around three cents overnight. The latest in a long string of price bounces continues to encourage the “buy the dip” crowd, and keeps the bullish trend intact for now.

The EIA’s short term energy outlook raised the expectations for U.S. GDP growth in 2021 by 1.7%, as the economy is now expected to recover at a much faster rate than was predicted just a month ago. Despite the increase in growth, the EIA still predicts that global oil supply growth will outpace demand in the back half of the year as idle capacity is brought back online around the globe. The STEO highlighted the role a weaker U.S. dollar has played in oil prices rising over the past several months, failing to explain why priced have continued to go up even as the dollar has surged in recent weeks.

The analysts also mentioned the rally in refinery margins, but failed to note the relationship that near-record RIN prices may be having on those spreads, and instead blamed it on “expectations of higher gasoline demand and subdued supply, likely contributed.” In other words, they don’t really watch the market much at all. One interesting piece of data aided by the dramatic refining impacts of February’s polar plunge, was that “the United States will be a net importer of 0.2 million b/d of gasoline in March, which would be the first time the United States is a net importer of gasoline in March since 2015.”

The API reported some huge figures in its weekly inventory report, as the industry group’s estimates catch up to the record-setting DOE data we saw a week ago, and numerous refinery issues continue to linger. Crude supplies were reported to increase by 12.8 million barrels on the week while gasoline stocks declined by 8.5 million barrels and distillates dropped by 3.8 million. The DOE’s weekly report is due out at its normal time this morning and we “should” see a bounce back in refinery runs after they smashed the record for lowest run rate percentage last week, but it’s hard to say by how much given the various false-starts reported as plants started coming back online. A Bloomberg report said that as of Monday, just 7 of the 18 refineries shuttered by the February cold snap are operating normally.

Diesel basis values are starting to return to normal amidst signs that the worst of the supply squeeze is behind us. Group 3 ULSD basis values in particular began their return trip to earth, dropping 20 cents so far this week from Friday’s high trade, but still commanding a healthy premium to neighboring markets as inventories in the region remain tight. Even as the panic buying appears to have subsided, ULSD supply continues to be tight across many U.S. markets. Short term runouts are still expected across the South and up the East Coast over the next week because Colonial pipeline still doesn’t have enough push stock coming from the Houston area to run the pipeline at full rates.

Unfortunately Colonial Pipeline is making headlines for other reasons this week as reports about last year’s gasoline leak in North Carolina reveal that the spill was much larger than originally reported, and was in fact one of the largest spills on record. Numerous follow up reports are coming out trying to explain how that could happen, while the risks of an old pipeline being so critical to the country’s fuel supply have been known in the industry for years. One interesting note is that reports suggest the pipeline is using the current slow shipping environment to perform maintenance on parts of the line that would be more challenging – if not impossible – when the line is running at capacity.

Today’s interesting read: Why it pays to know your counterparty in commodity markets. 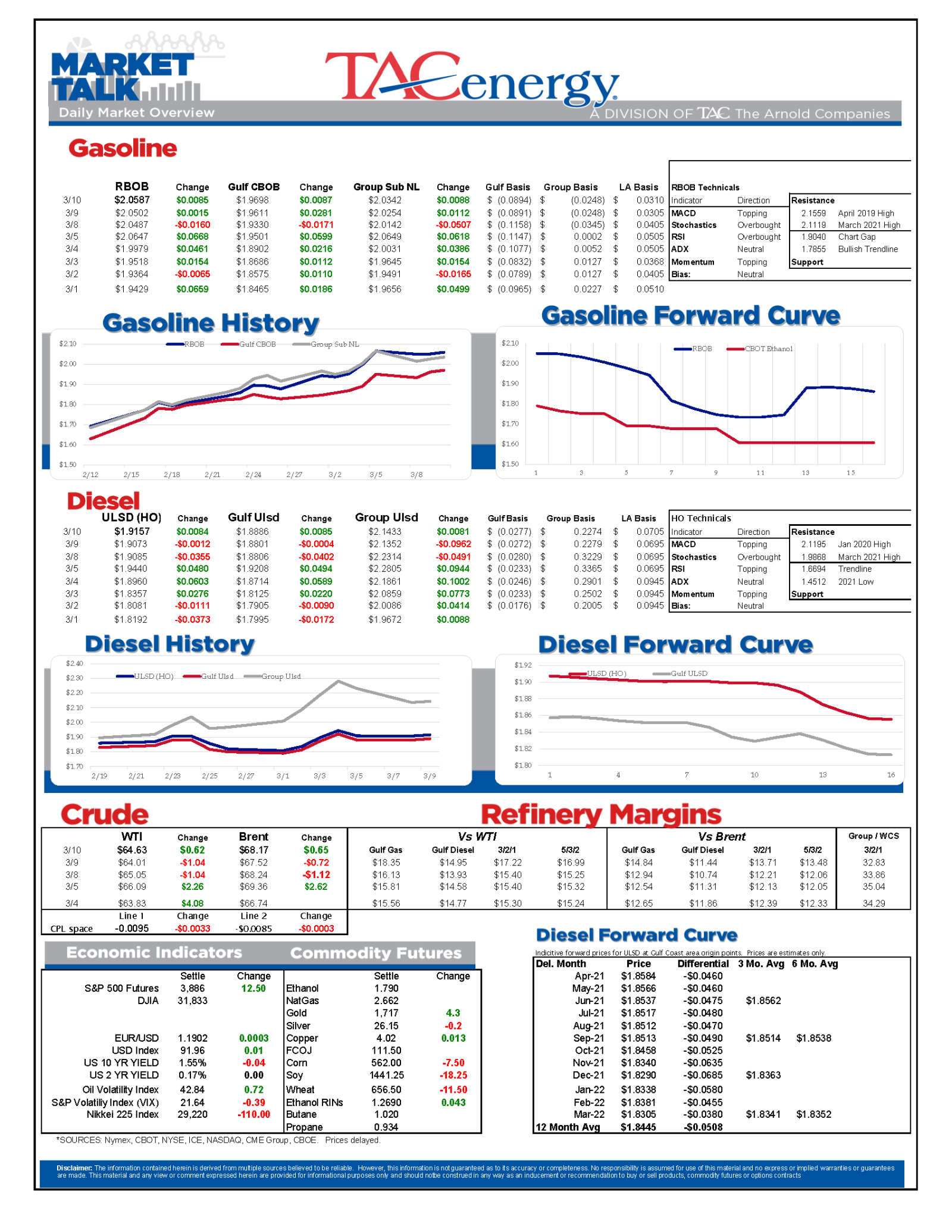 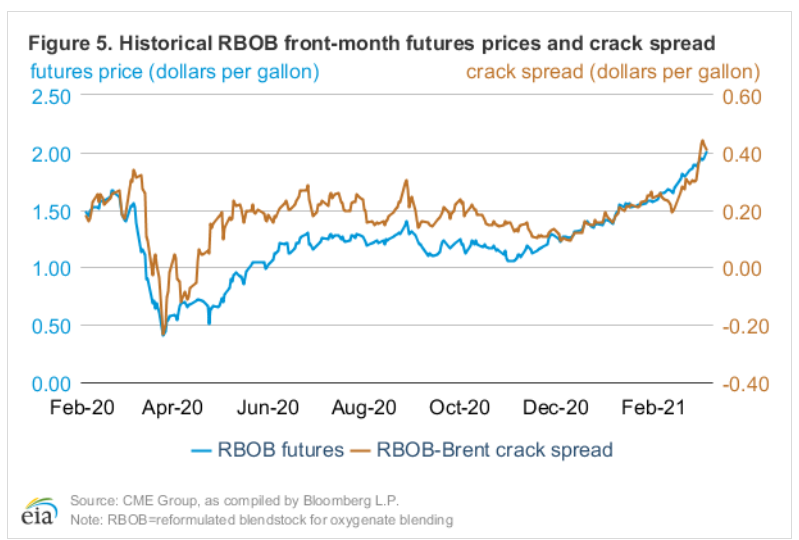 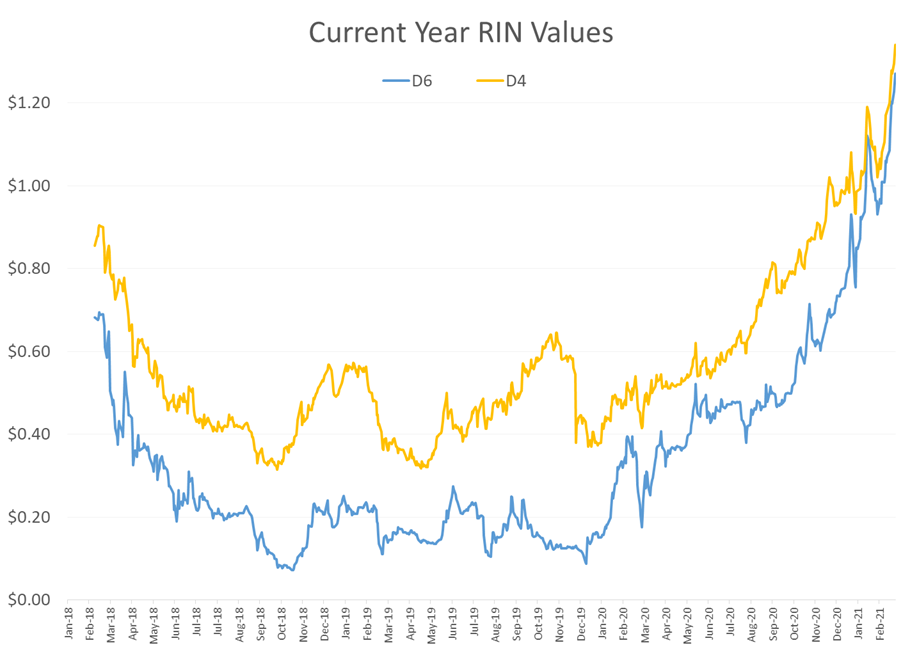