More good vaccine news and a major trade deal have markets around the world rallying this morning, with energy futures adding 3-4% in the early going.

Moderna announced its COVID-19 vaccine is 94% effective, which coupled with last week’s Pfizer vaccine announcement suggests that widespread rollouts could come sooner than many had expected.

The largest trade deal in history that covers roughly 30% of global GDP is also getting some credit for the early buying in equity and energy markets this morning, although the direct impact on supply/demand fundamentals appears to be limited. The lack of U.S. participation in the deal is noteworthy, and as this WSJ article notes, the President-elect’s expected foreign policy changes could have the most short term impact on oil producers in the next two years.

Ongoing talks that OPEC & Friends will extend output cuts continue to make the rounds every time prices move higher as headline writers struggle to explain the price moves. There is a monitoring committee meeting this week, which doesn’t decide policy, and then a policy meeting in two weeks. Even if an extension of current cuts is agreed to, OPEC’s output is likely to continue increasing as Libyan production is coming back online, and they’re exempt from the agreement.

10 more oil rigs were put to work last week according to Baker Hughes. That marks the eighth consecutive weekly increase in oil drilling activity after the rig count reached a record low. The Permian basin accounted for 7 of the 10 rigs added last week, and 30 of the 53 total rigs added during this 8 week stretch.

The CFTC’s weekly commitments of traders report will be released later today (delayed from Friday due to Veteran’s Day). The ICE version of that report showed a sizeable increase in net length held by money managers (aka hedge funds) driven mainly by short covering. This weekly data is collected as of Tuesday, so it’s not surprising to see that type of reduction in short bets after the big rally we saw in the first two days of last week, and it would seem we may see similar moves from the NYMEX contracts when that data is released.

Iota is a major hurricane heading towards central America, but unlike Eta, is not expected to turn back to the north and threaten the U.S. after making landfall. There are no other systems currently being tracked in the Atlantic basin, with just two more weeks left in the busiest season on record. 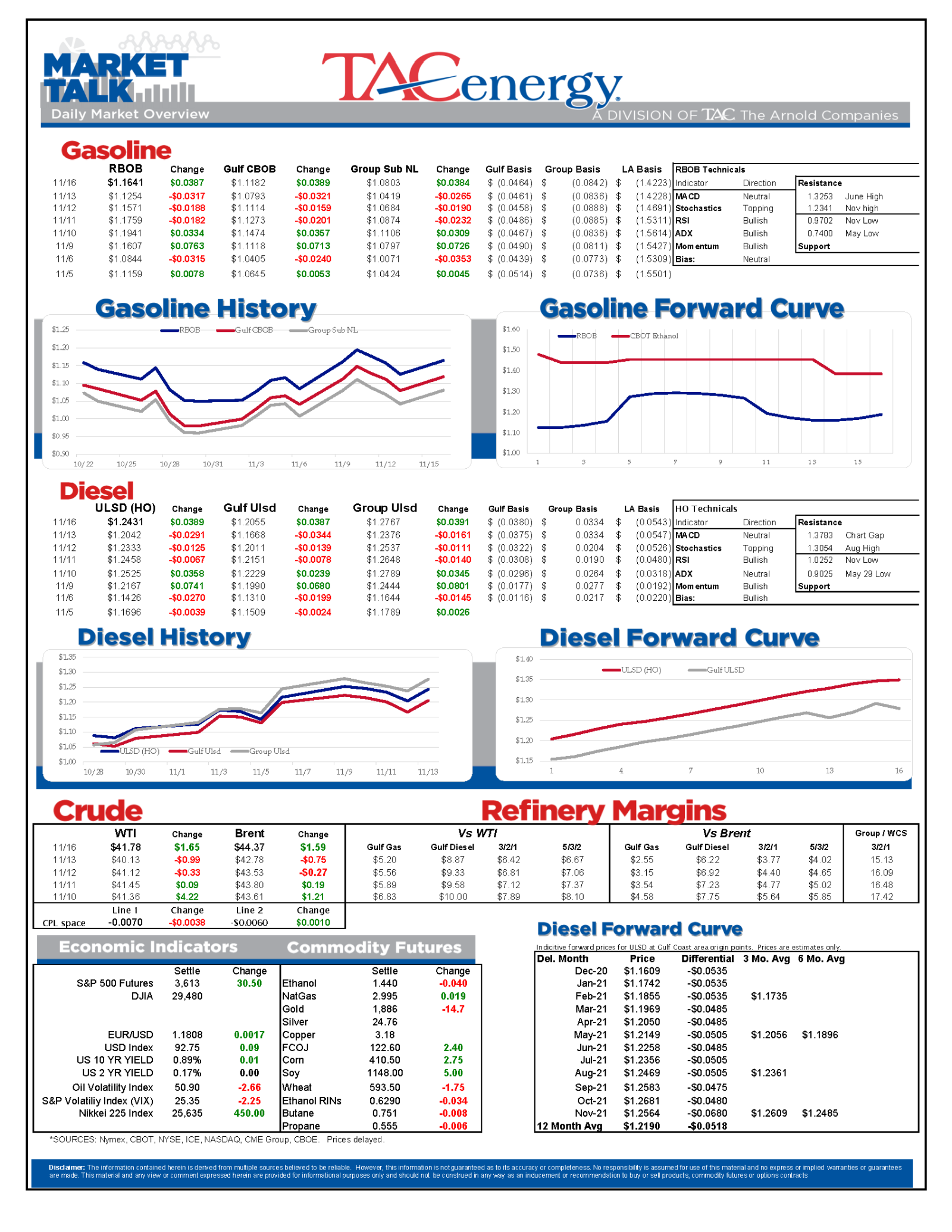 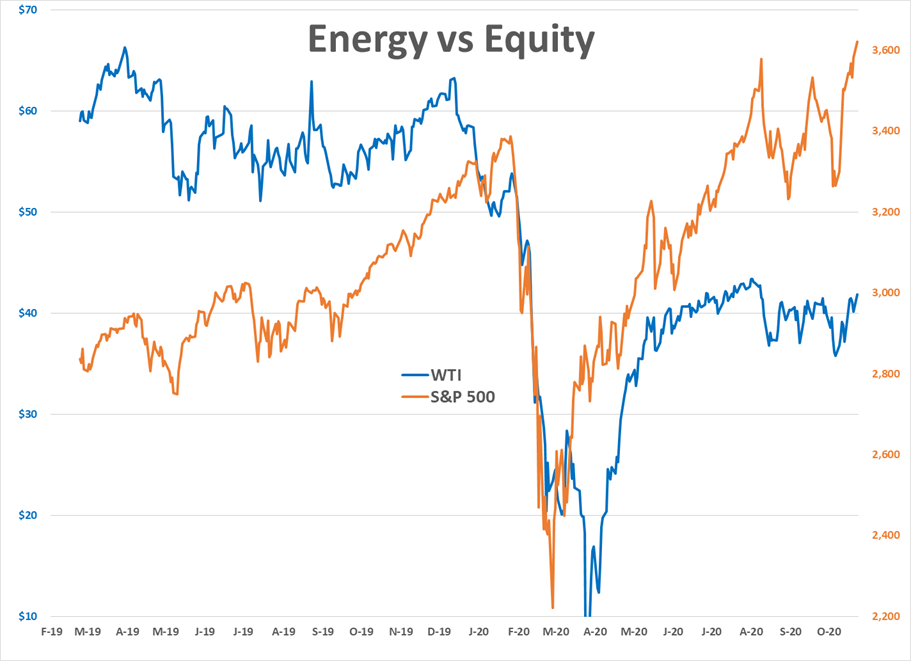