Markets Guess What Will Come Next

Stocks are trading lower and oil prices are trading higher as the markets try to guess what will come next in the U.S./Iran conflict. The most remarkable news so far is that energy prices are up less than five percent from where they were prior to last week’s attacks, compared to a few years ago when this type of tension could have easily pushed prices up 20 percent or more.

Perhaps the most significant development of the past decade for oil markets is we changed from fears of “Peak Oil,” where lack of supply led to routine spikes over $100/barrel to fears of “Peak Oil Demand,” as OPEC and other producers are now having to voluntarily reduce their production to keep prices from collapsing and even after extreme violence in the Middle East, prices are still in the $60s as that excess supply has cushioned the impact of these events.

Prices did briefly spike overnight, with products trading up more than four cents and Brent trading north of $70 for a few hours. Most of those gains have been erased in the morning hours however, with ULSD actually trading negative on the day.

ULSD’s relative weakness appears to be at least partially a sympathetic trade with Natural Gas as warmer-than-average temperatures across the eastern half of the country limit demand for home heat. In addition, the annual holiday demand slump for diesel is in full force, with consumption down 27 percent across the U.S. last week according to the DOE’s weekly estimate. Based on prior years, we expect that slump to last another week, and then we should (hopefully) see a return to normal levels in the second week of the year.

The gasoline demand slump so far is not as bad as it has been this time over the past two years, but history suggests the worst is still ahead of us, and we probably won’t see consumption bottom out for another two weeks. This annual tradition of demand falling to its lowest levels of the year also coincides with refiners reaching their winter peak for output, which tends to create some sloppiness in spot and rack markets for the next several weeks. 2020 looks to be set to follow that trend, although the loss of PES is holding total refinery runs below the all-time highs set a year ago.

The Commitment of Traders report from the CFTC was delayed again due to the holiday, but Brent crude (reported by ICE) saw speculative length reach its highest levels in more than a year last week. No doubt money managers holding those bets on higher prices are enjoying the price spike of the past few days, and it seems likely we may see an influx of additional speculative length in the coming weeks as long as the potential for more violence in the region remains elevated. 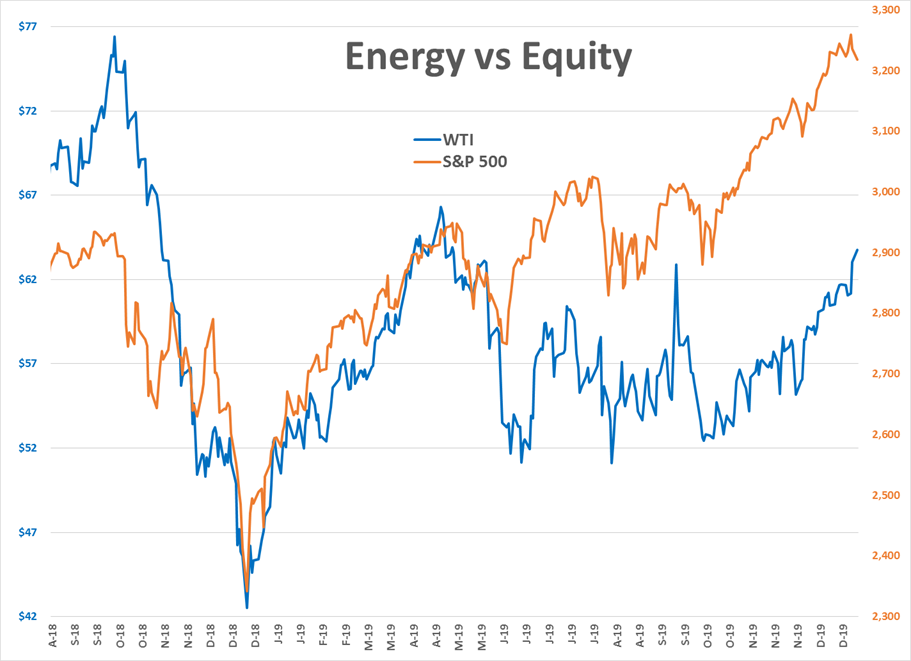 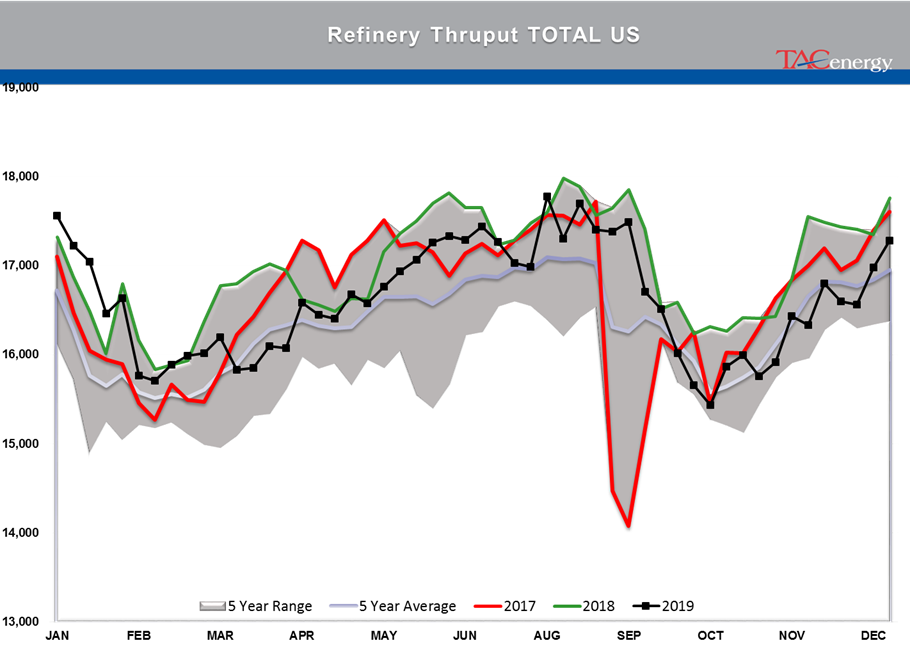