The meltdown continues for energy futures as Brent crude and ULSD are trading at their lowest levels since January, and the rest of the complex isn’t far behind as we mark a 5th straight day of heavy selling. RBOB gasoline is once again the weakest contract to start, and is closing the gap in its chart left behind from the Spring RVP transition, trading 38 cents below where it was less than 3 weeks ago.

Recession concerns continue to take blame for the recent weakness in energy markets, along with a statement from Russia that it’s not yet ready to commit to more output cuts – contradicting a statement from the Saudi’s that helped prices find a short-lived bid Monday morning. This sell-off has reached the point where numerous short term technical indicators are in over-sold territory, meaning we’re due for a corrective bounce whenever fear stops driving the train. On the other hand, there was still a large amount of speculative longs – particularly in RBOB and Brent – that may be getting forced out as we speak, which could extend the slide much further.

The tropical system churning over the western edge of the Gulf of Mexico is now given only a 40% chance of developing into a storm this week, although it could still bring heavy rain to Texas and Louisiana.

Ethanol & RIN values did not react much to Friday’s news that the EPA was officially allowing an RVP waiver so that E15 blends could be sold through the summer, and that new RIN reporting requirements would be put into place. Both changes had been widely expected based on preliminary notices, and the RIN requirements were less stringent than some other proposals that would have limited who could trade and how long RINs could be held. Ethanol prices are holding near their highest levels in a year as the outlook for farming this year looks pretty dismal, but prices have actually dipped since the EPA announcement.

An EIA note this morning details the growth of hydrocarbon liquids like Propane and Ethane in recent years, coinciding with the rapid increase in natural gas and oil production, and shows how these “other” liquids are becoming the unsung hero of US energy export revolution. 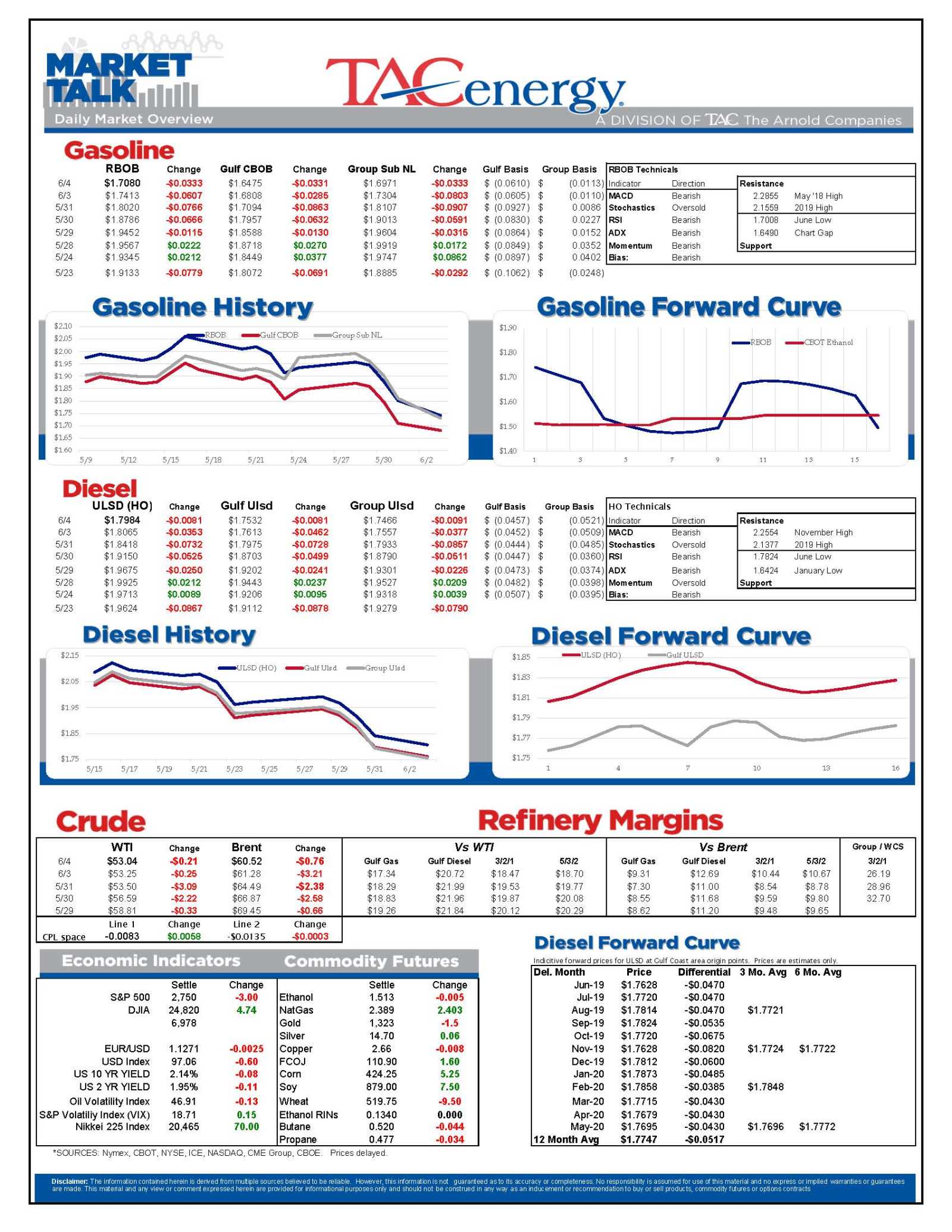 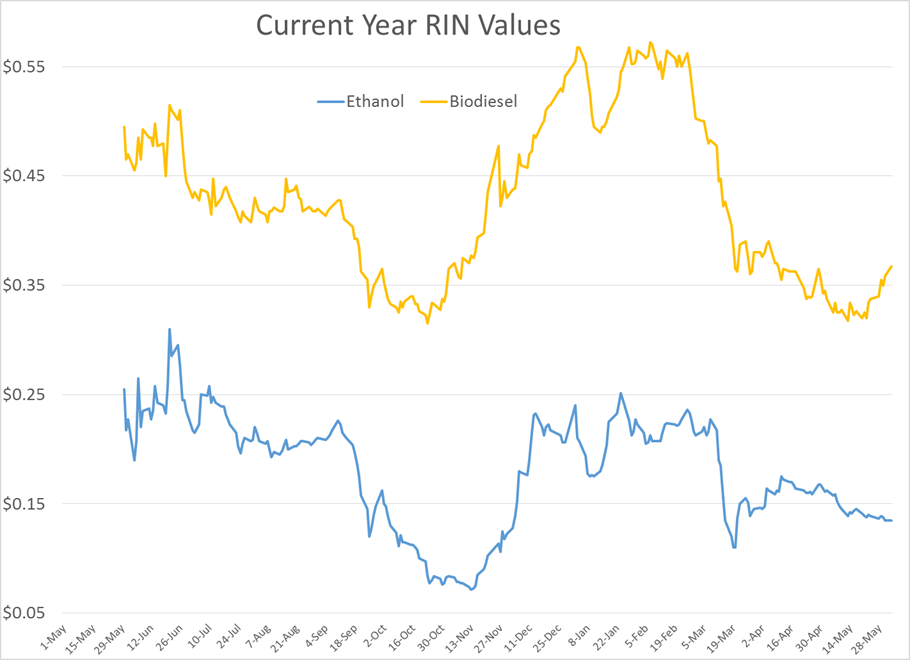