The energy complex is mixed so far this morning with gas and diesel futures up 1.5 - 2 cents while American and European crude grades fall between 50 cents and a dollar per barrel. It looks like the gasoline crack spread carved out a bottom on Monday when it reached negative values for the first time since the 2008 collapse, and has traded up the rest of the week.

The EPA is supposed to announce its decision on fuel waivers later today. That announcement feels a bit anticlimactic after the EPA has said it is suspending enforcement of environmental laws in general.

WTI was dealt another fundamental blow after the new stimulus package left out funds for the previously announced SPR crude oil purchase, leaving the Department of Energy to suspend its buying plans.

Technically speaking, WTI still looks vulnerable to a drop below 20 dollars after failing to break out of its descending triangle pattern this week. On the other hand, the big drop earlier this month left a sizable gap on the chart and people that want to sound like technical traders often to say “gaps always get filled”.

For those looking for a fundamental reason for oil prices to rebound: New reports suggest Russia is working towards a new alliance with OPEC to deal with the drop in oil demand and prices. 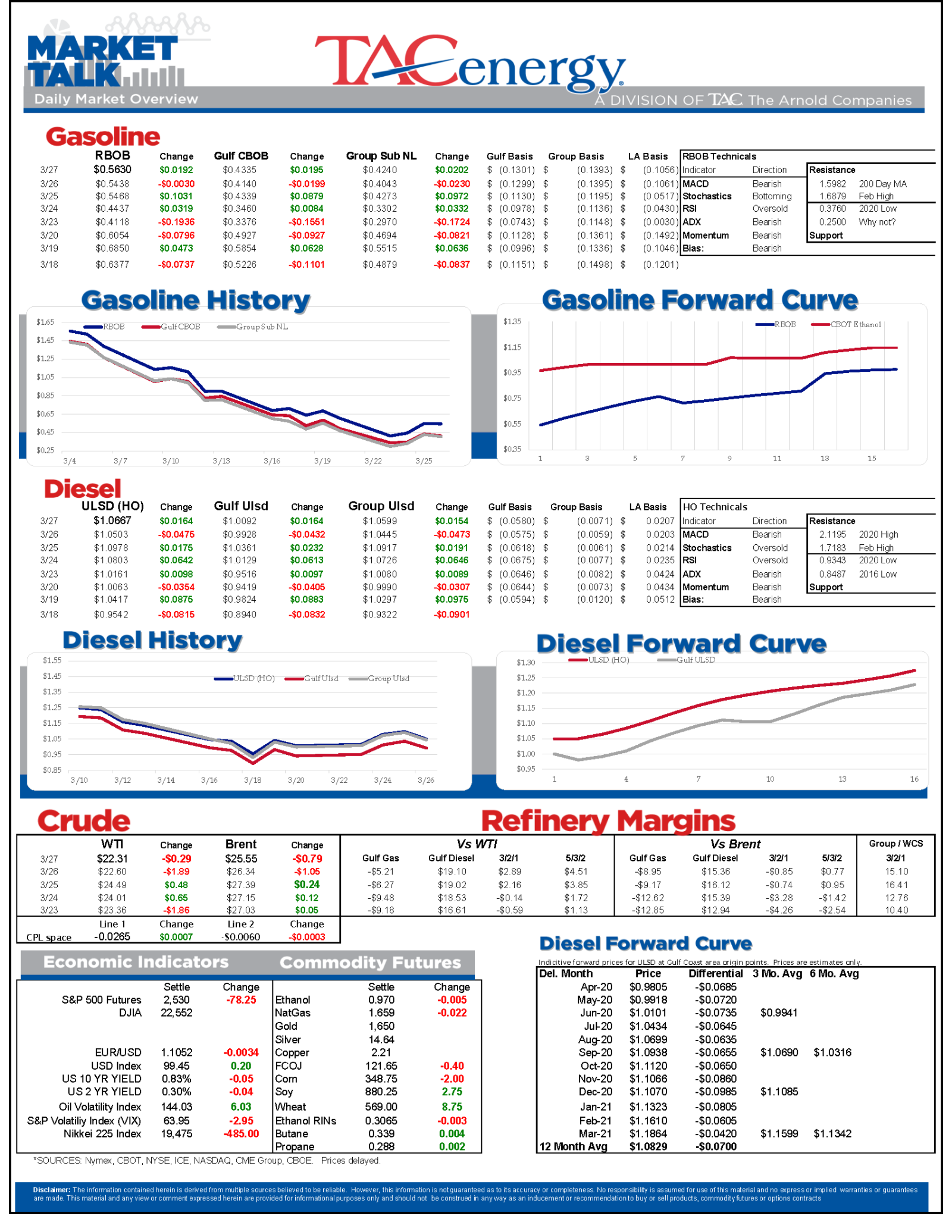 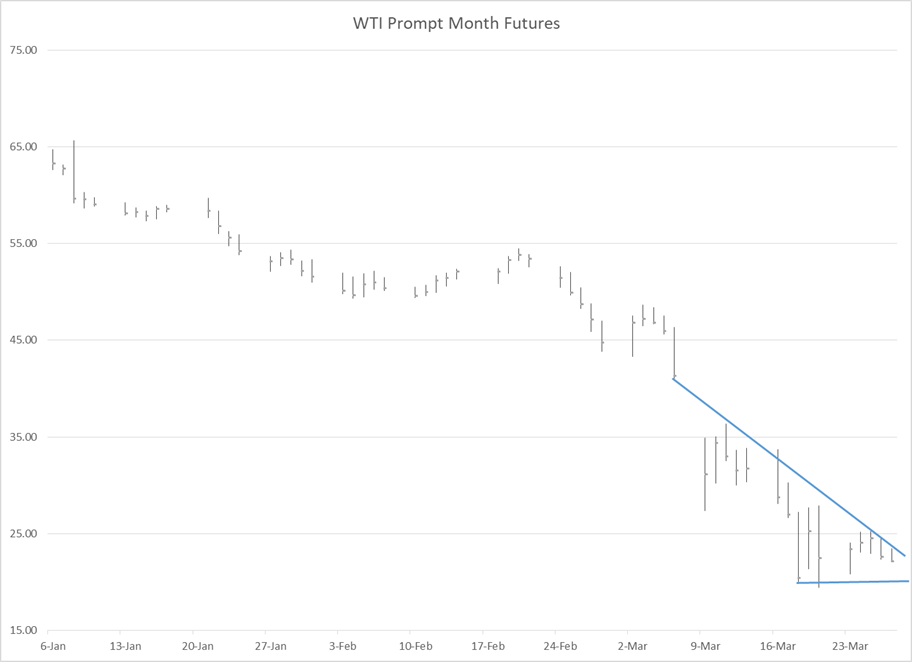