Most Important Refined Fuel Pipeline In US Knocked Offline

The most important refined fuel pipeline in the US, and arguably the world, was knocked offline by a ransom ware attack Friday, and most of that system was still offline Monday morning causing supply allocations to be locked down across the East Coast, and double digit price increases by suppliers from Florida to New England.

Gasoline futures are up 8 cents since the news started to break Friday morning, which is only about half of the increase we saw when Colonial was forced to shut its mainline in 2016 due to a leak. One of the big differences this year is that the pipeline wasn’t operating at capacity prior to the event, so there’s a little more supply cushion available than there was in prior years. So far the relatively muted response in both futures and basis markets suggest that the big traders don’t believe this will be a long term event.

You can read plenty of guesses as to when operations will be restored on the numerous articles written about this situation over the weekend, but at this point, no one outside of the hackers probably can say for sure. The bad news about the widespread media coverage of this event is that it’s more likely to encourage people to fill up tanks with fuel they don’t need, which can create shortages even if the pipeline was operating at normal rates.

Here’s a good estimate for the likely scenarios of how this situation will play out https://www.cnbc.com/2021/05/10/largest-us-fuel-pipeline-colonial-still-mostly-shut-impact-and-reopening.html

To help minimize the shortage, Driver hour waivers have already been granted. RVP waivers and a Jones Act waiver will also be discussed this week, but have not yet been approved. No matter what measures are taken, it’s impossible to replace more than 100 million gallons of fuel delivery capacity in a short period of time, so these measures will just help ease the shortages if the downtime is extended, not eliminate them.

Closing the barn door after the horse has escaped? The White house has created a task force to deal with the hack.

Insider trading? Money managers increased their net length in refined products last week ahead of the pipeline shutdown. While it’s extremely unlikely that any hedge funds that make up the bulk of those positions knew this was coming, it’s possible the hackers would try to make money off of this situation, and could provide another avenue to tracking down the culprits. Given that the net length held by large speculators in both WTI and Brent was also up on the week, the positioning ahead of the shutdown was more likely due to optimism for economic recovery than anything sinister.

In other news that no one will care about until the Colonial situation is resolved: Baker Hughes reported an increase of 2 oil rigs last week, snapping a 2 week decline. Ethanol and RIN values continued their spike on Friday, but some early selling in grain markets this morning could mean a pull-back is in the cards. 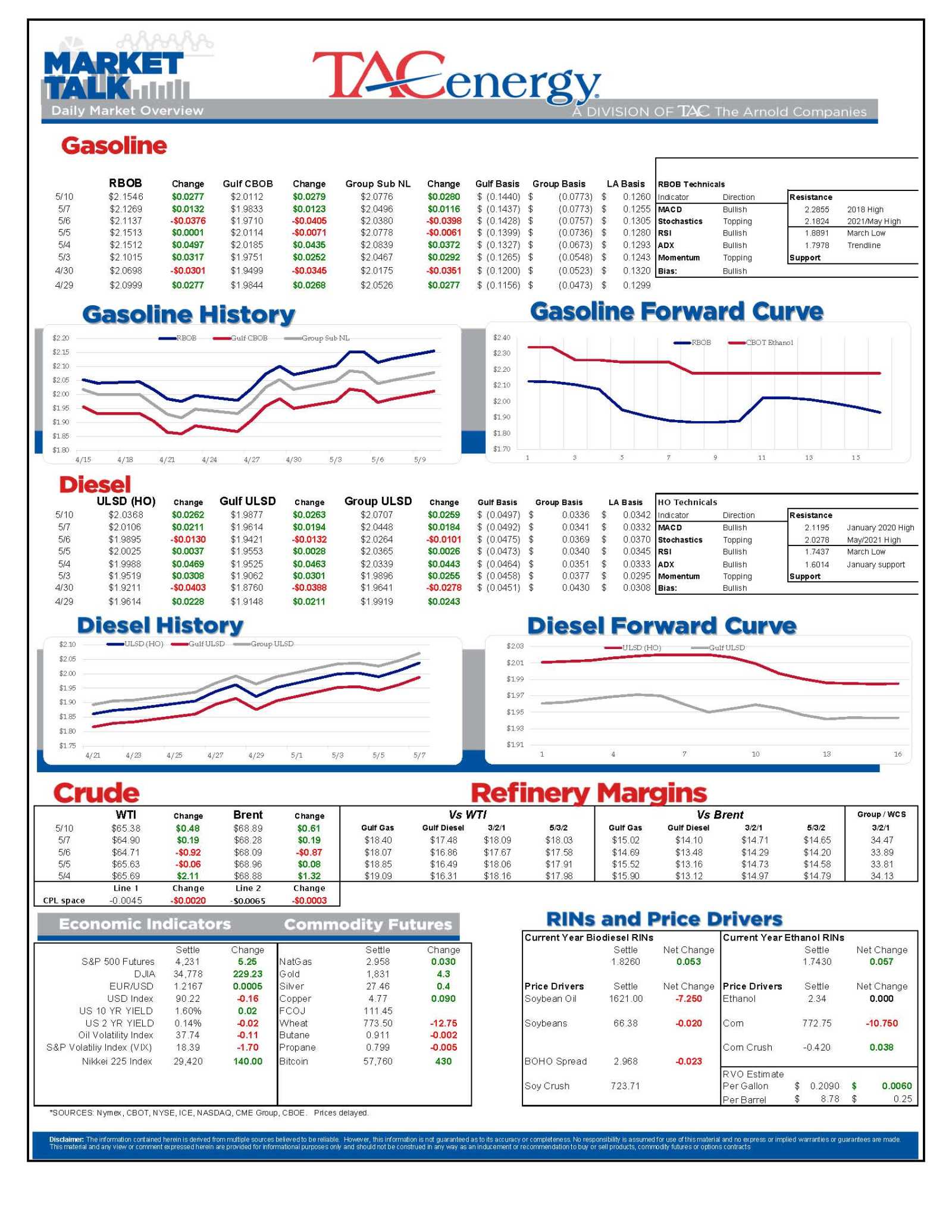 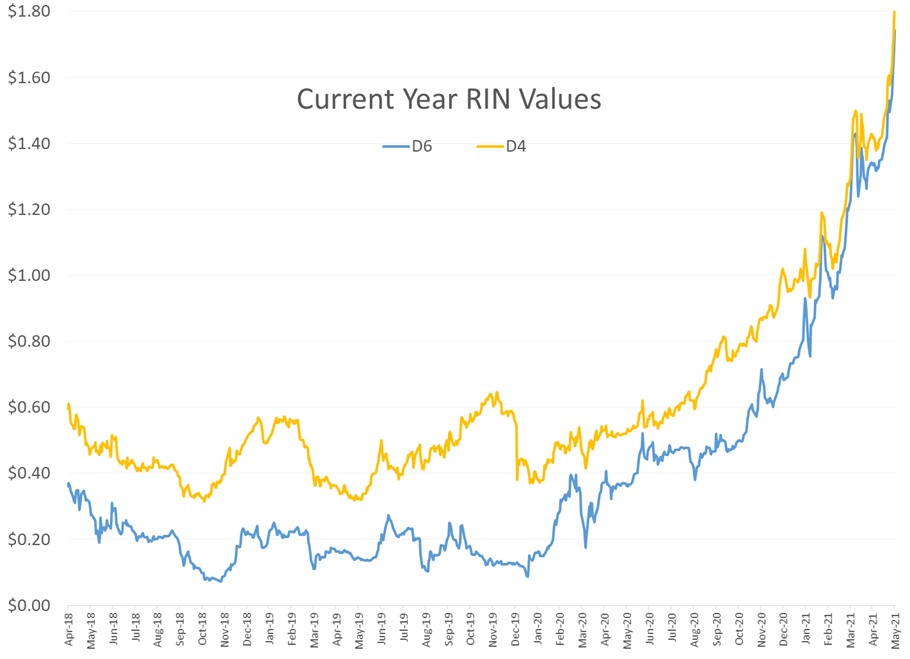