Energy prices are seeing a modest pullback to start Thursday after WTI and ULSD futures stretched their winning streak to eight straight sessions on Wednesday, reaching new one-year highs in the process. Some sobering fundamental data seems to be giving the market reason to pause, although the trend-lines are still intact and pointing higher for now, and prices have already bounced off of their overnight lows.

Gasoline prices are faring the worst this week as we move through the February demand doldrums with a parade of winter storms and record-setting cold on tap for the next week.

The DOE’s weekly report didn’t offer any help to the stumble in gasoline prices as another large build in inventories, most of which came in PADD 1, reminded traders that prices are up 65% from three months ago even though inventory levels have swelled by more than 10% during that stretch. The past three weeks alone have seen gasoline stocks move from below the five year average seasonal range to the top end of that range. With demand still struggling, leaving days of supply at the highest levels since the lock-downs last spring, the chances of the normal seasonal drawdown in supplies is looking like a challenge.

Refinery runs picked up across all 5 PADDs last week, which seems to be putting downward pressure on basis values along the coastal markets. Meanwhile mid-continent markets have strengthened this week, as inventories in the Midwest remain below average, and in what could be some expectation that the cold snap could cause some refinery hiccups, particularly for those plants on the southern edge of the region that don’t plan for single digit temps.

RIN values continue to come under heavy selling pressure this week. The new EPA administrator appointee seems to be holding his cards close to the vest, saying in an interview that he planned on reviewing options for the RFS, and not offering any hint on potential obligation changes.

The IEA’s monthly oil market report called the global supply/demand rebalancing “fragile” as the new, more-contagious variants of COVID-19 threatens the demand recovery. The report did make a reduction in its expected total demand for 2021, but only because the actual demand numbers for last year were found to be lower than previous estimates, so the rate of expected change year on year has not changed. The IEA’s report also highlighted that refinery runs in the Atlantic basin are set to lead the recovery in 2021, after they dropped to the lowest level in the 50 years the agency has been tracking those levels.

The EIA’s monthly short term energy outlook highlighted similar concerns for the first half of the year as the IEA’s report, with expectations for a strong recovery in the back half of the year. The STEO highlighted the relatively small spread between winter and summer gasoline grades this year, which are roughly half of what we’ve come to expect. The report suggests the weak demand and low refinery run rates are the cause for this small spread, but failed to mention the EPA’s fuel compliance streamlining that should make summer-grades less expensive this year.

Perhaps the most interesting detail in the February STEO is the comparison of natural gas prices in the U.S. which are hovering around $3/million BTU, vs. other parts of the world that are paying $10-$20. Chart below.

In case you can’t get enough of the monthly reports that remind us COVID has hurt demand, but it should get better eventually, OPEC’s monthly oil market report will be out later this morning. 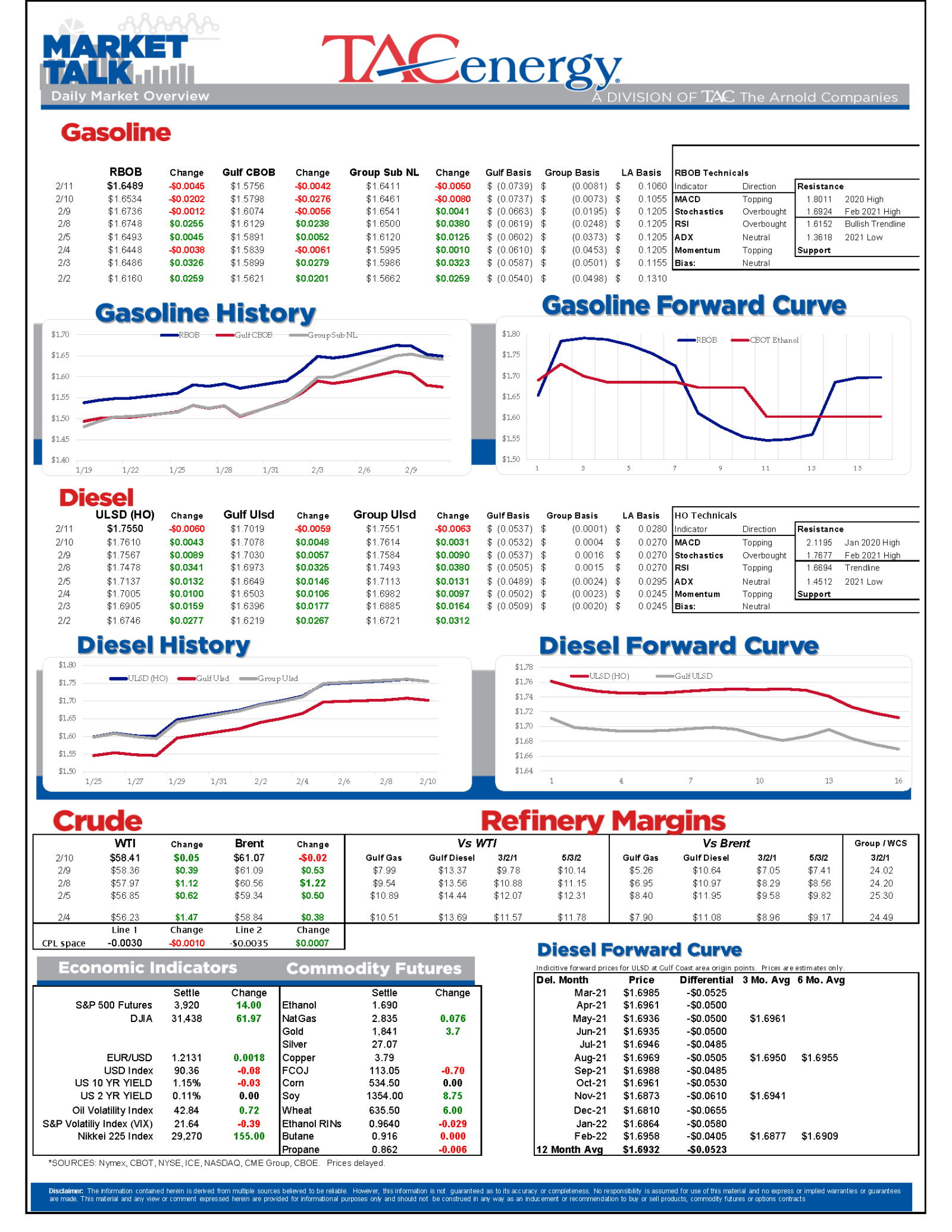 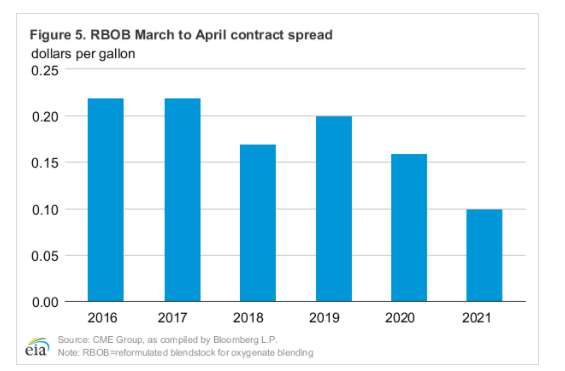 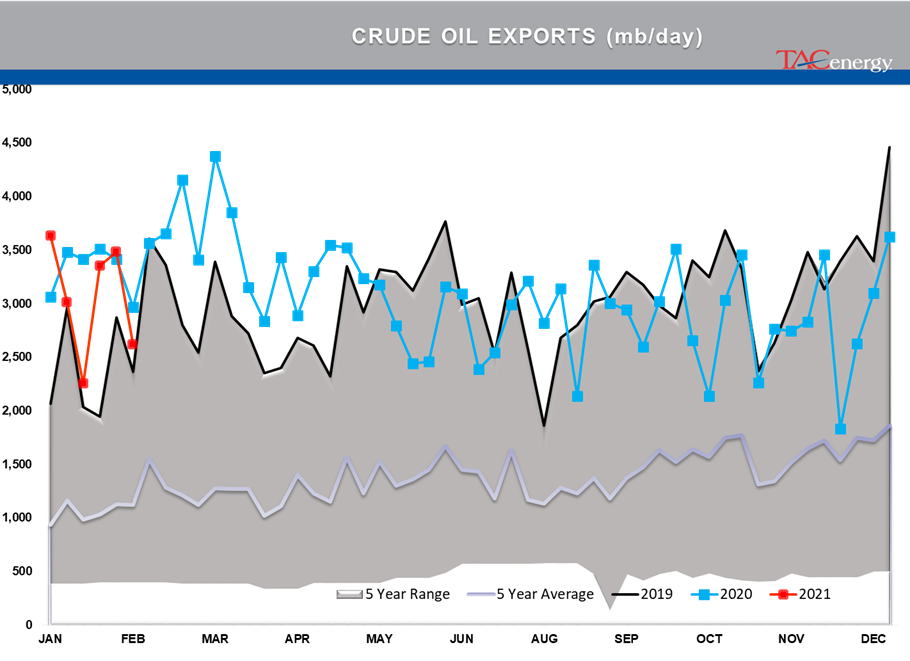