Energy futures continue to tick modestly higher, even as equity markets are moving lower for a third day, as the nation nervously awaits news on the Colonial pipeline shutdown. The EPA has extended RVP waivers through the end of May, and a partial Jones Act waiver is still being considered to help alleviate the supply crunch, but as everyone is learning this week, there just is no good way to replace 100 million gallons/day of supply.

We should find out later today if Colonial is still on track to restart its main lines by the weekend, at least according to the U.S. Energy Secretary, who joined the long list of bureaucrats jumping in front of the camera this week to make it seem like they’re helping the situation. Many drivers in the Southeast aren’t waiting to find out as panic buying is reported across several states, which can create shortages even when the supply network is fully functional. A poll on how many people are filling up even though they’re working from home would be interesting.

Colonial’s website was offline for much of the day Tuesday, and even though the company reported that had nothing to do with last week’s cyber-attack, it didn’t seem to provide confidence that things were improving. The site is up and running today, with an added layer of “I’m not a robot” security. You can see their media updates here: https://www.colpipe.com/news/press-releases/media-statement-colonial-pipeline-system-disruption

Important details from the latest update are that the manual operations are allowing batches already in the line to get to the terminal level where trucks can load it, but since they’re not yet taking in any new batches of fuel at the Gulf Coast origin points, refiners are left without a key outlet for their production, forcing many to cut back on run rates, which will start backing up crude supplies as well, in a less dramatic version of what we witnessed last spring when everyone stayed home for two months.

While we wait to find out if there’s a go/no go for restart, there’s plenty to read as we have monthly reports from the EIA and OPEC, and a new IEA report on the CPL issue all published in the past 24 hours, in addition to the weekly inventory reports.

The API showed a draw in crude oil and diesel stocks last week of 2.5 million and 872,000 barrels respectively, while gasoline stocks had a large increase of 5.6 million barrels. That news didn’t seem to move prices as the data is now considered obsolete since it was collected pre-Colonial shutdown. The EIA report is due out at its normal time today, and is likely to be shrugged off as well. With numerous gulf coast refineries cutting rates this week due to the shutdown, we could see large builds in crude, and large declines in refined product inventories in next week’s report.

The EIA’s monthly forecast increased estimates for gasoline demand this summer, although totals are still expected to be below what we saw in 2019. The monthly report also finally acknowledged the influence record high ethanol and RIN prices are having on refiners and their product prices. Distillate demand increased to its highest level since November 2019 in April, “likely” driven by high freight demand.  Here too the agency expects that strength to continue this summer.

OPEC’s monthly report showed the cartel’s output held steady for the month, with increases from Iran, Nigeria and Saudi Arabia offsetting declines in Libya and Venezuela. The report held its global demand estimates steady for the year, and highlighted the return of US drilling operations that will drive non-OPEC production gains for the next year.

The IEA released a note on the Colonial situation, and calling for greater focus on cyber resilience. That report highlighted the unique situation the East Coast (PADD 1) is in as the largest “importer” of refined products in the world that continues to see a drop in supply options thanks to the shutdown of numerous refineries over the past decade. Perhaps it’s even more remarkable how well supplied these markets are most of the time given the huge amounts of fuel needing to be transported every day to meet that demand.

As a result, if considered on its own, PADD 1 is the largest net importer of refined products in the world, ahead of all of Africa and the Southern Asia Pacific (Australia, Indonesia, Singapore and New Zealand combined). 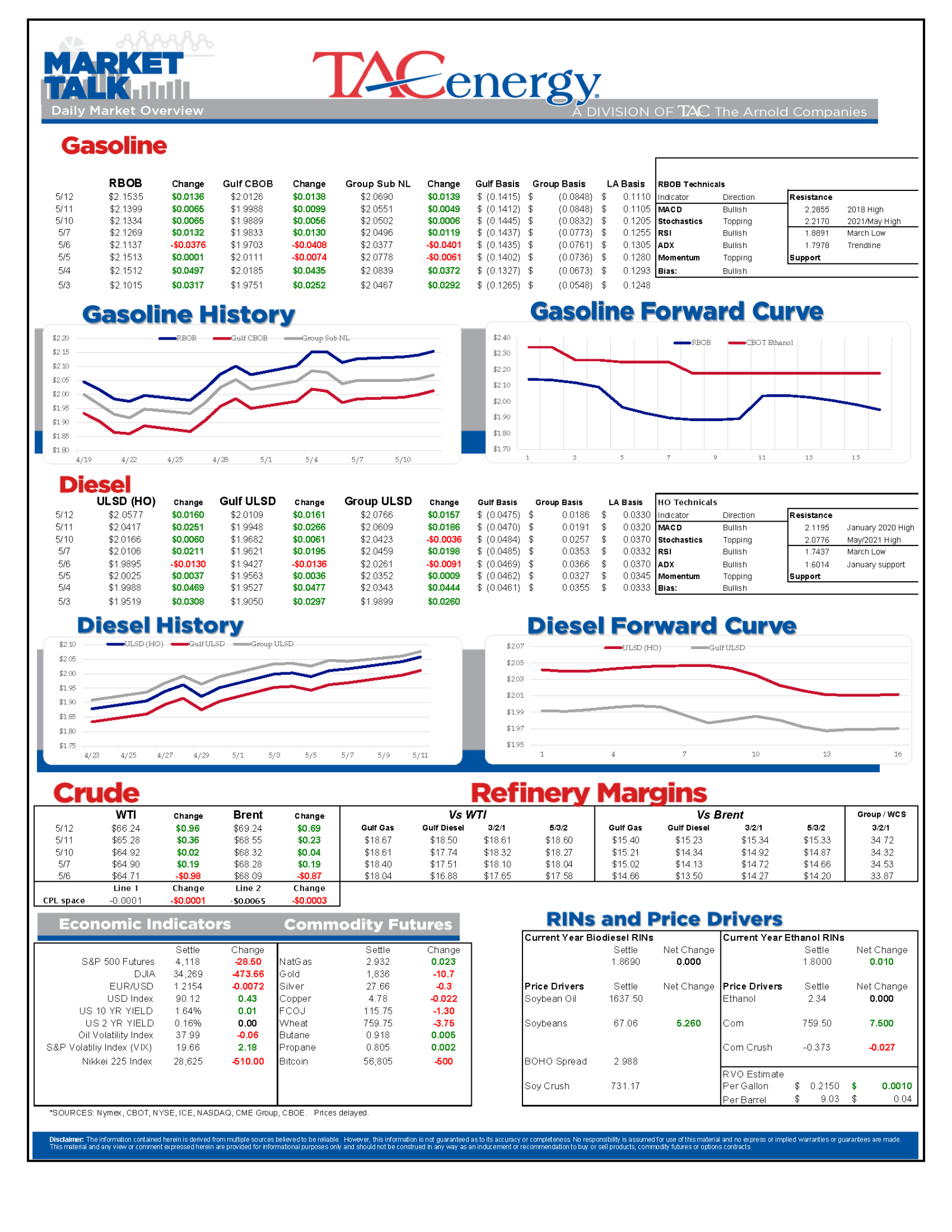 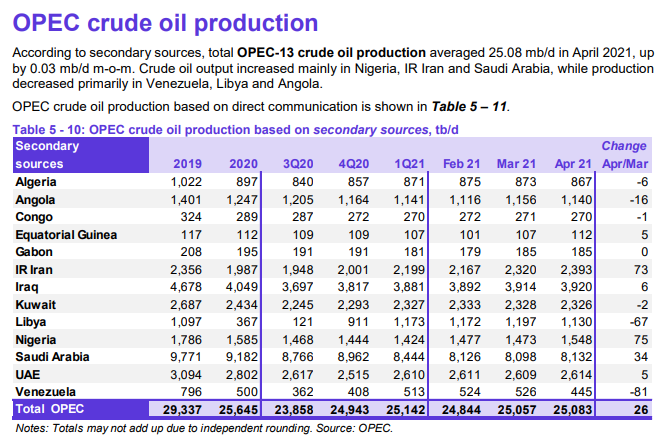