There’s a wave of risk-off selling gripping markets around the world Thursday as fears of a second-wave of COVID – and the shutdowns it’s bringing - seem to be driving the action.   Energy futures appear to be caught up in the demand fear, with most dropping by more than three percent so far today, despite supplies getting tighter in the U.S. last week.

The Dallas FED’s Mobility and Engagement index is showing that the upward trend in movement around the U.S. may have topped out in the latest report. You might also notice similarities in that chart, with the WTI price charts below, which makes sense given transportation fuel being such a major piece of energy demand, and helps explain the negative reaction in prices now that it looks like we’ll see substantial parts of the world start enforcing lockdowns once again.

The API was reported to show inventory draws of 5.4 million barrels for crude oil, 3.9 million barrels of distillates, and 1.5 million barrels for gasoline. Those numbers seem to have been discounted heavily (or perhaps ignored completely based on the price action) due to the impact of Hurricane Delta, which temporarily closed most Gulf of Mexico oil production and numerous refineries. Since the storm did not appear to do major damage that would impact supply long term, it’s expected we’ll see a quick recovery for the production that was shut in. The DOE’s weekly status report is due out at 10 a.m. Central.

Bullish for oil, bearish for refiners: the new Chinese refineries coming online are soaking up the excess oil supply that’s been floating on ships for months. This should help oil producers, but is more bad news for beleaguered refiners around the world, as refining output may well become a new weapon in the trade wars.

Two new potential storm threats have popped up on the NHC’s radar today, but both are given just 20% odds of developing, while the system they’ve been watching this week is now given 0% odds. 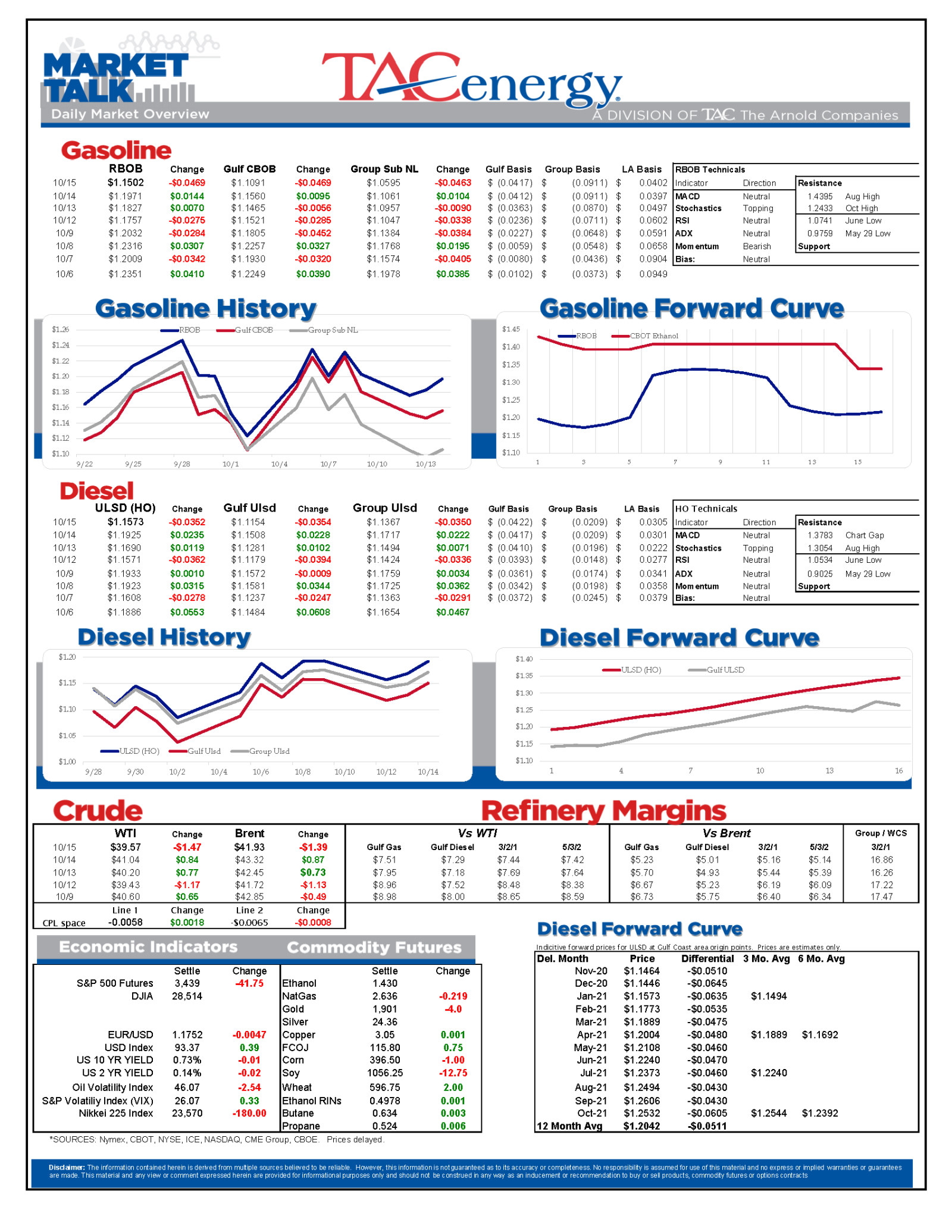 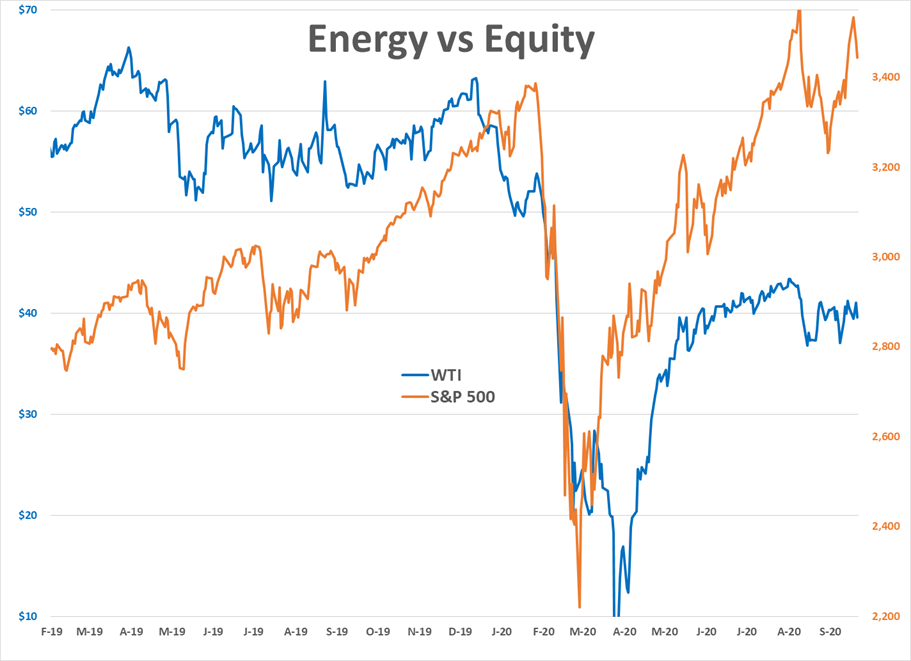 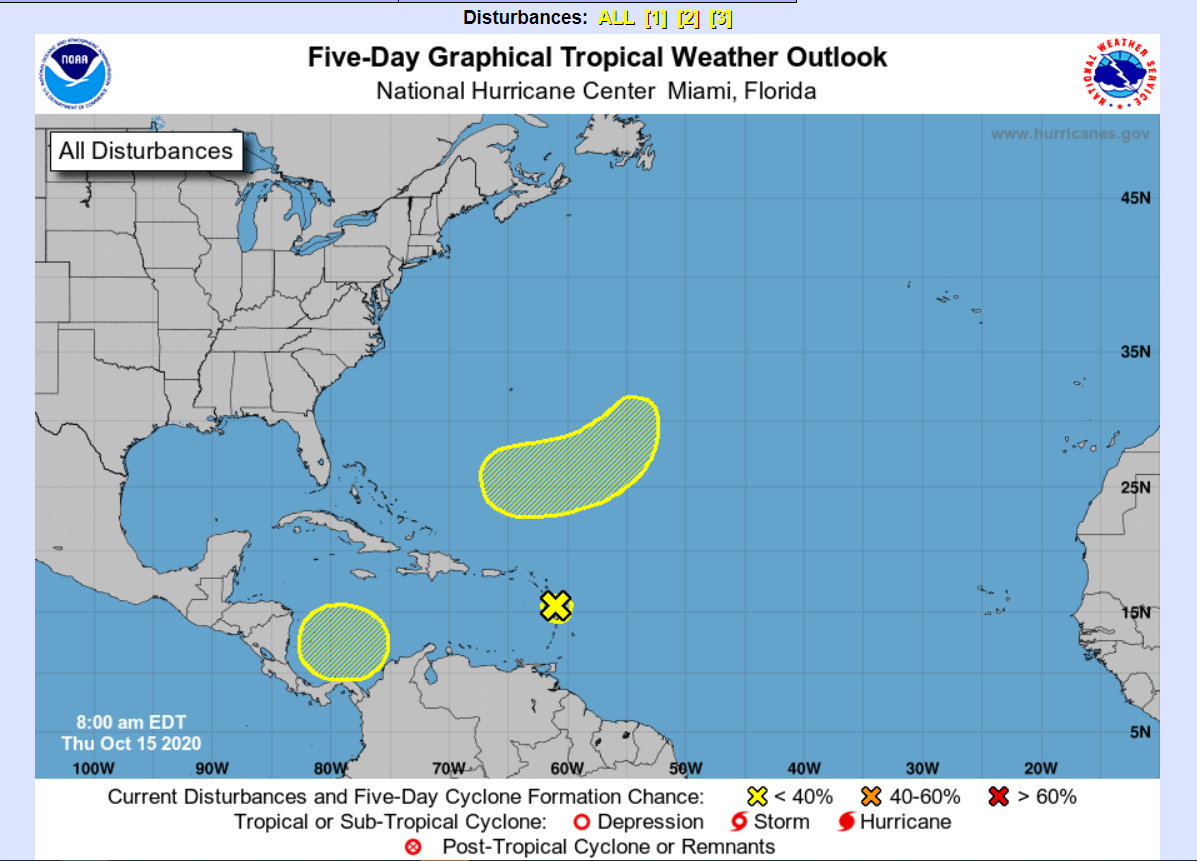