Risk off seems to be the theme this week as numerous commodities and equity contracts had a major selloff Wednesday and have continued moving lower through the overnight session. Minutes from the FED meeting that suggested the endless pile of money being pumped into the economy might someday end got much of the blame for the selling, and is likely to remain a key driving force in price action for months to come.

The PADD 1 vs. PADD 3 gasoline charts below show the impact of Colonial’s shutdown on supply, while the implied demand chart shows how much extra fuel was pumped into Rubbermaid containers last week.

Despite the jump in total gasoline demand, ethanol inventories ticked slightly higher on the week as output surged to a 14-month-high. This is another example of how the best cure for high prices is high prices, as the producers who were forced to shut their doors when prices collapsed last year are now ramping back up. That situation seems to be a microcosm of the global economy, as the supply chain tries to ramp back up to meet the surge in demand as the world reopens.

U.S. diesel inventories declined for a sixth consecutive week, and are now at their lowest level since April of last year. Unless we see diesel supplies start to climb over the summer, we could be in for a tight supply situation this fall when ag demand kicks in, since traditional diesel demand sources such as mass transit are still not back to pre-COVID levels, and yet total demand is already at average levels, and inventories are near the bottom end of their seasonal range.

Refinery runs held steady in PADDS 2-5 last week, but ticked higher in PADD 1 as East Coast refiners were (finally) able to increase run rates at a profitable level due to the disruption. It will be interesting to watch if those PADD 1 rates drop back over the next couple of weeks as the high RIN values hit margins all over, and the short term disruption is no longer offering additional margin. There have been numerous reports of refinery blips due to the severe weather blanketing the gulf coast this week, but so far all of the disruptions seem to be fairly minor and are not interfering with supplies being shipped to other markets.

RIN values did see some modest selling during Wednesday’s session, but the moves were small compared to what we saw in grain, fuel and equity markets.  A federal court sided with the new EPA’s request to vacate three small refinery exemptions Wednesday, which could explain the relative strength while everything else was moving sharply lower. With the selling pressure already underway again this morning, this could be the biggest test yet for the runaway rally that’s added 60 cents to RIN values in just over a month. 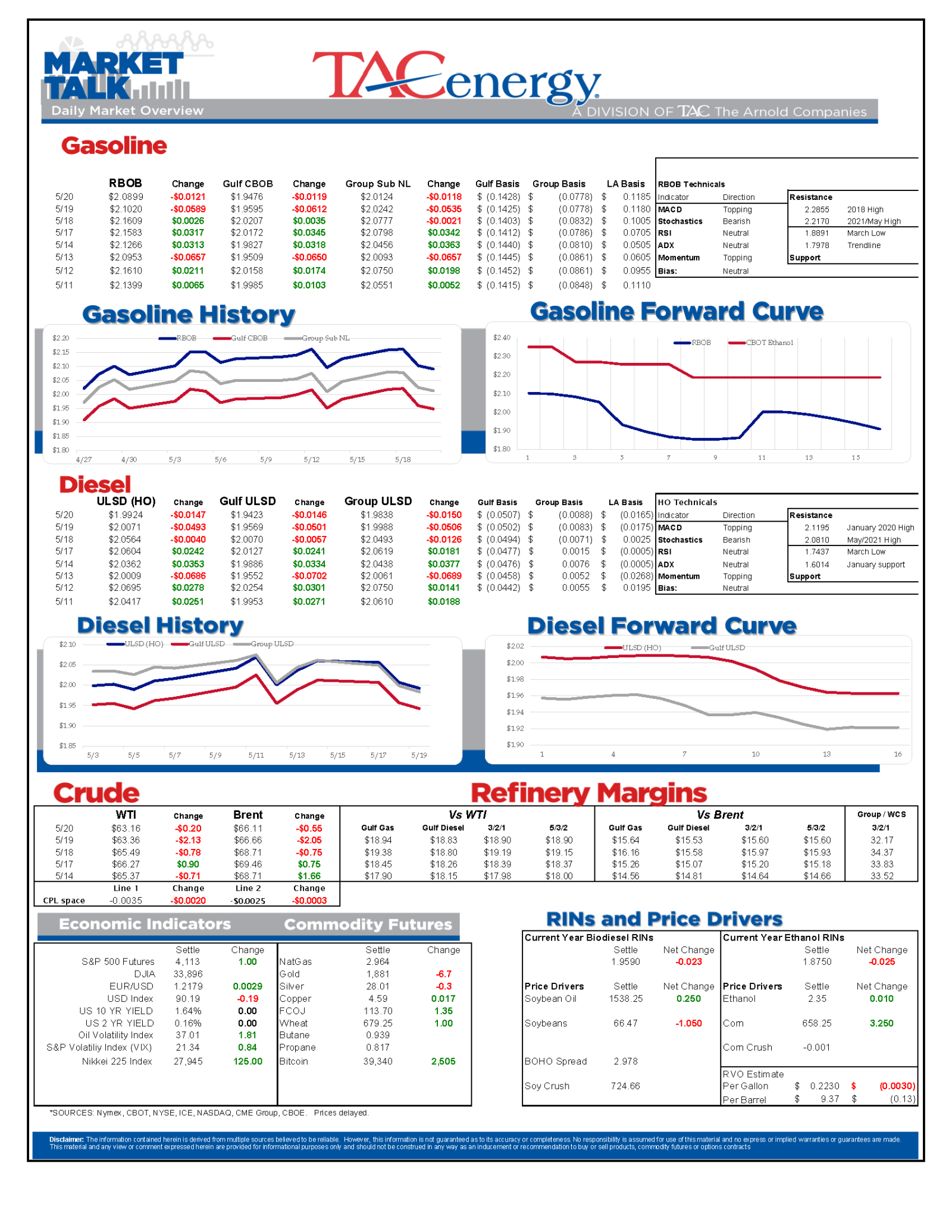