The stage was set for another Monday meltdown after the grand plans for a global oil production cut that had sent prices soaring last week went up in smoke over the weekend. Oil prices did drop around three dollars/barrel and refined products were off a nickel when trading resumed Sunday night, but those losses paled in comparison to what we saw the past three weeks, and have since been largely erased as new optimism in equity markets seems to be overshadowing doubts on the oil deal.

Baker Hughes reported a decrease of 62 oil rigs actively working last week, the fifth largest weekly drop on record. If the pattern we saw during the last price collapse continues, we should continue seeing more large reductions for the next several weeks.

The weekly commitments of traders reports are showing several notable changes in positioning during this extreme bout of volatility, along with large increases in open interest.

In Brent crude, the producer/merchant category has reached a multi-year low in short positions, meaning that producers seemed to be cashing in on their hedge positions and not putting on new shorts at these historically low levels. Another way to look at this could be that producers aren’t going to add short hedges that would effectively lock in a future loss if they did produce oil at these price levels.

RBOB positions are most notable for money managers that had been strangely optimistic now reducing their bets on higher prices to a two-year low, even as gasoline prices reach record lows in some markets. The “other reportable” category, aka small volume traders have increased their bets that prices will move higher to their largest level in two years. I would imagine the refiners having to shut down production due to a lack of gasoline demand are hoping that the small traders are right in this bet.

On the diesel side, perhaps the most notable detail of the commitments of traders report is that swap positions for both ULSD and LS Gasoil are moving steadily higher. This suggests that there’s a large amount of consumer hedging going on as commercial fuel users look to lock in at historically low values. 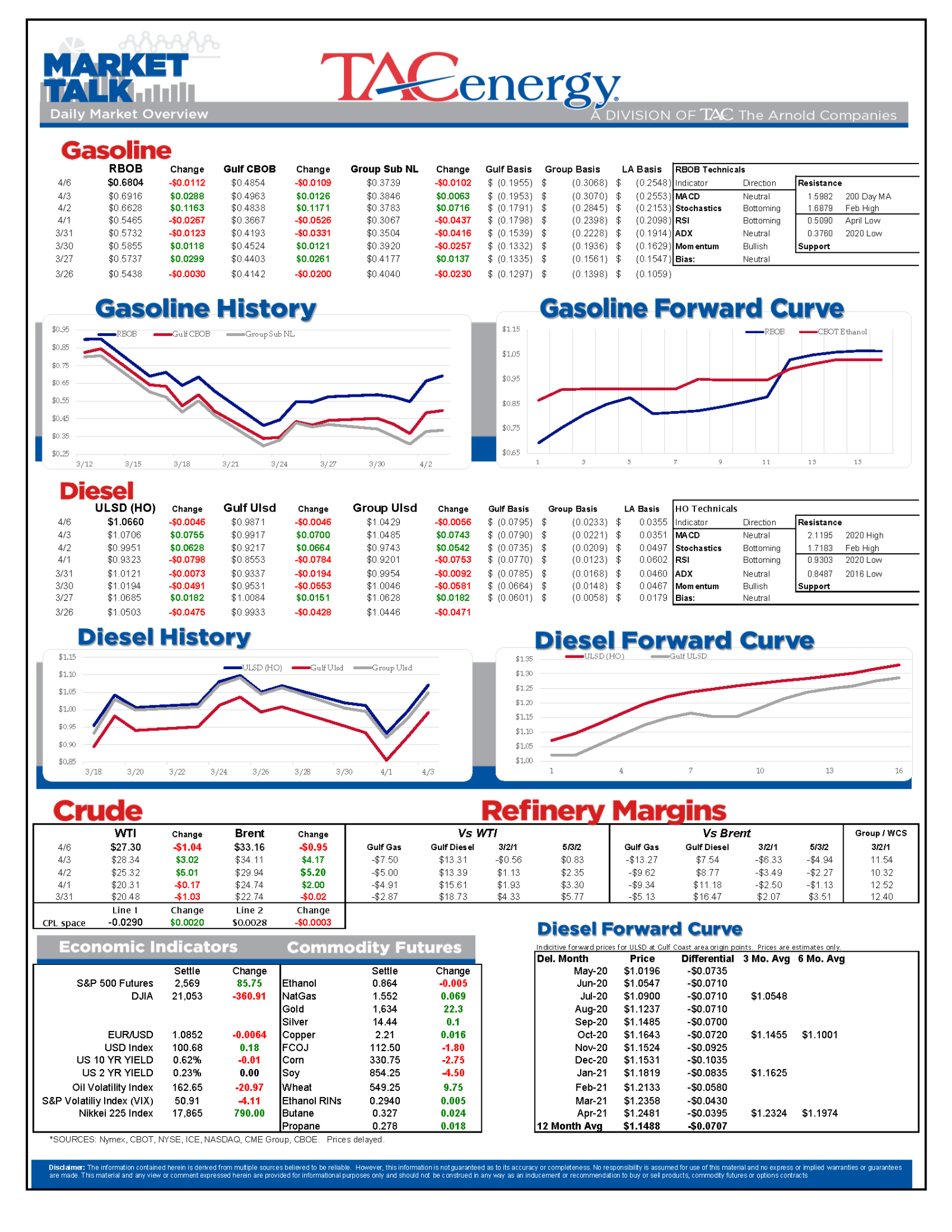 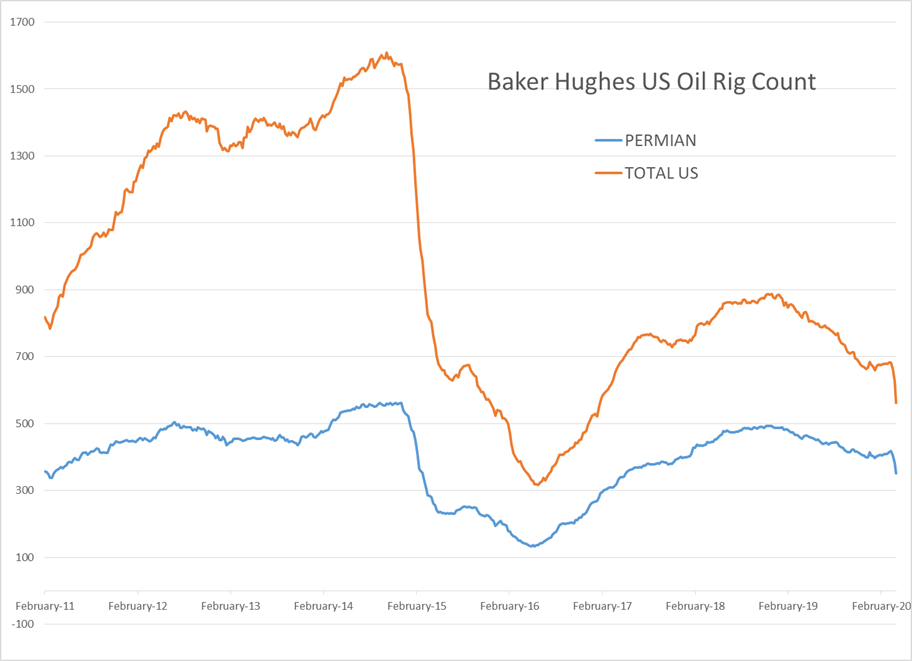 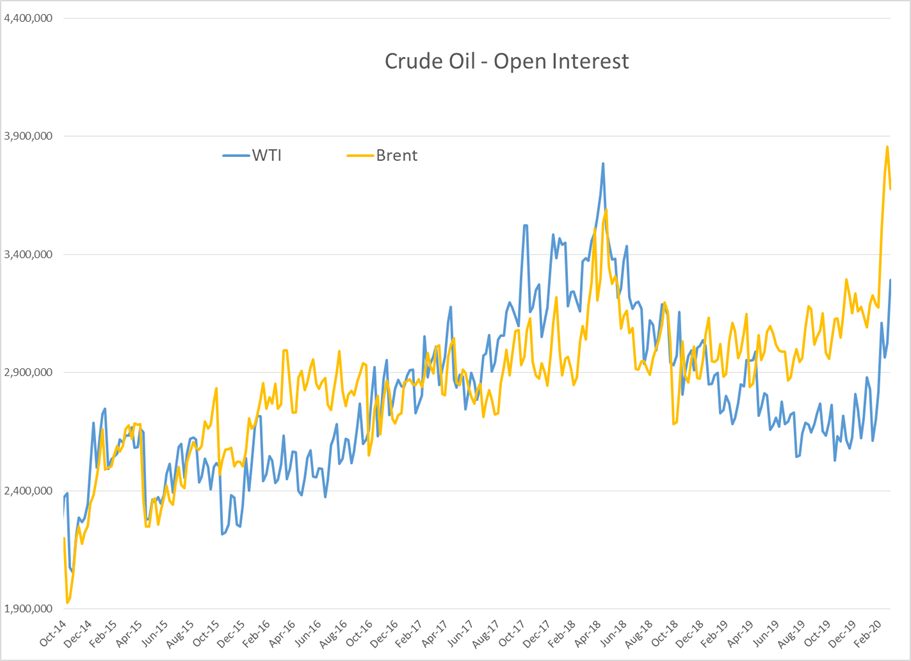