The roller coaster is heading lower to start Wednesday’s session after the Saudi’s lobbed a second volley in the new oil price war. That news sparked a three dollar reversal in crude oil prices and turned nickel overnight gains for RBOB and ULSD into three cent losses. Equity markets are also selling off heavily after Tuesday’s stimulus-inspired rally.

The API reportedly showed large draws in refined product inventories last week, with gasoline stocks down 3.1 million barrels and distillates down 4.7 million barrels. Crude oil stocks were said to build by 6.4 million barrels. While the giant swings in futures prices and fears of demand destruction continue to dominate the headlines, these fundamental stats are quietly pointing to tight supplies in a handful of markets around the U.S. The DOE’s weekly report is due out at its regular time this morning.

OPEC slashed demand estimates for the year, and increased supply estimates in its March oil market update. The supply increase is based on increased output from Saudi Arabia and Russia, which they predict will more than offset the expected production cuts in the U.S. as prices tumble. Given the fear swirling, it is worth pointing out that even with these much lower assumptions, the cartel is still calculation world oil demand to grow slightly for the year, just not by much.

The OPEC report also noted another physical detail lost in the headlines these days: Libyan oil output has dropped by one million barrels/day so far this year as violence shut down that country’s production. 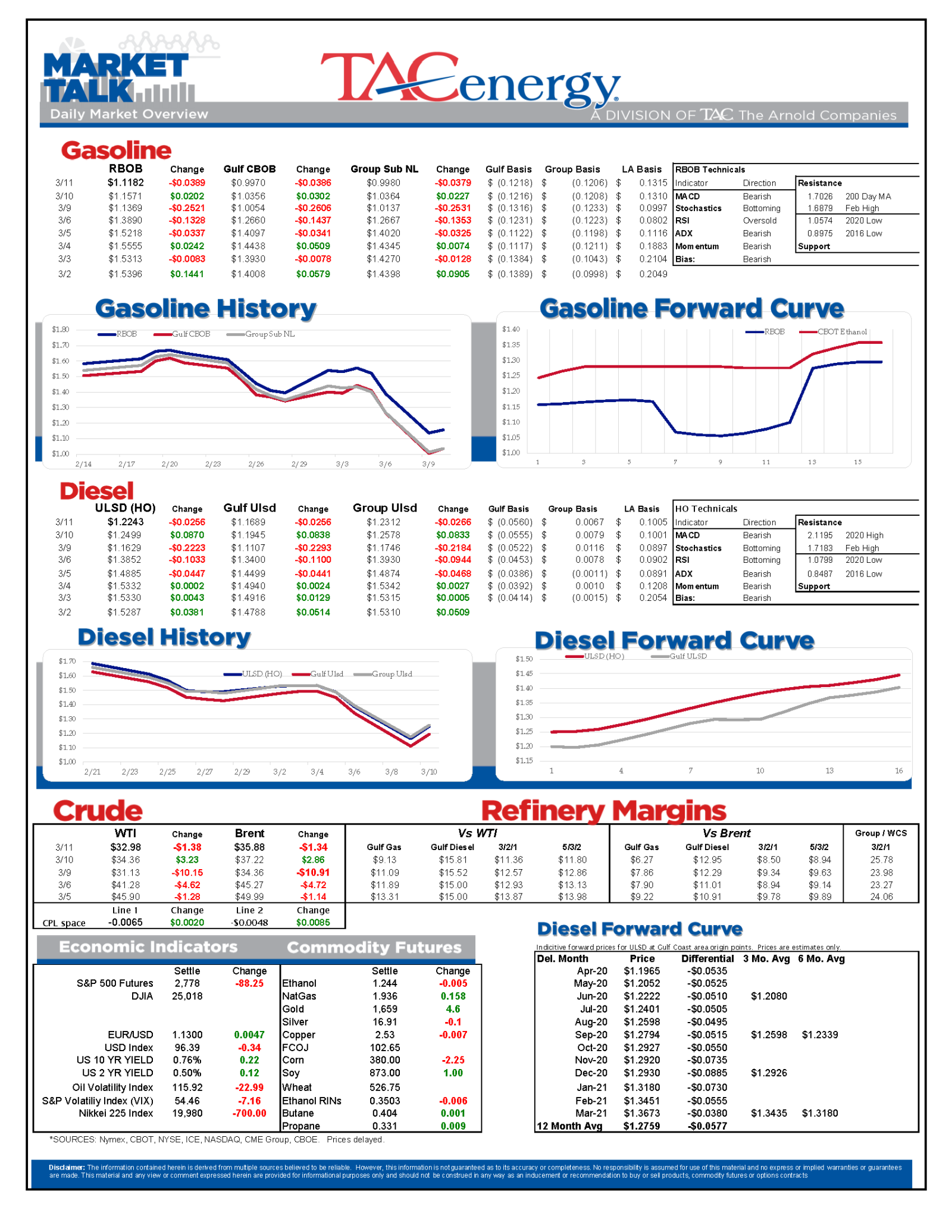 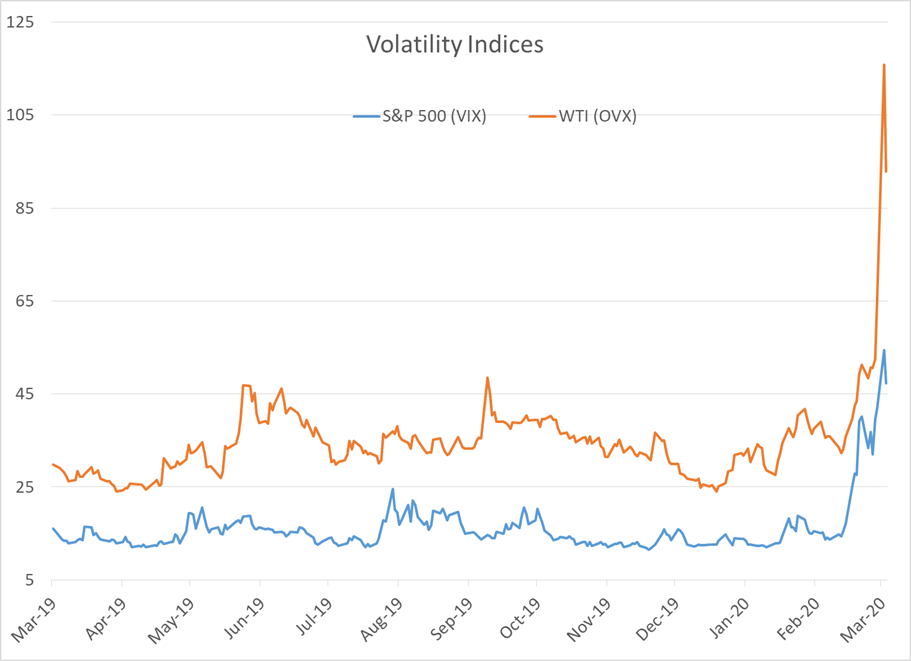