The opening salvo of an oil price war between Saudi Arabia and Russia has sparked the biggest single day sell-off for oil futures in 29 years. Adding to the negative sentiment is another day of heavy selling in global equity markets, as investors are running scared from potential fallout from the coronavirus.

In an odd twist, the huge sell-off across asset classes just so happens to come on the 11th anniversary of the longest bull market in U.S. stock market history, as stocks finally found a bottom on this day back in 2009. For reference, the S&P 500 was at 665.7 points that day compared to 2,819 currently, and the DJIA bottomed out at 6,419 compared to 24,564 this morning.

Barring a miraculous recovery, it seems like there could be severe fallout from this latest rout, that has quickly moved oil prices from hovering around break-even levels, to four year lows that will certainly end with bankruptcies for some producers.

The Permian basin is the most obvious target as it accounts for more than half of all U.S. drilling activity, and could turn the boom towns of West Texas back into temporary ghost towns like we saw the last time prices crashed. Meanwhile, Baker Hughes reported four more oil rigs were put to work last week, bringing the total count to 682, just below the five year average. Using the last sell-off as a gauge, it’s likely we could see that rig count drop below 400 if prices remain near current levels.

Money managers continued to head for the exits last week, reducing their net length in WTI, Brent and RBOB contracts. Expect to see even more dramatic reductions in this week’s report once today’s melt-down shows up on the data. 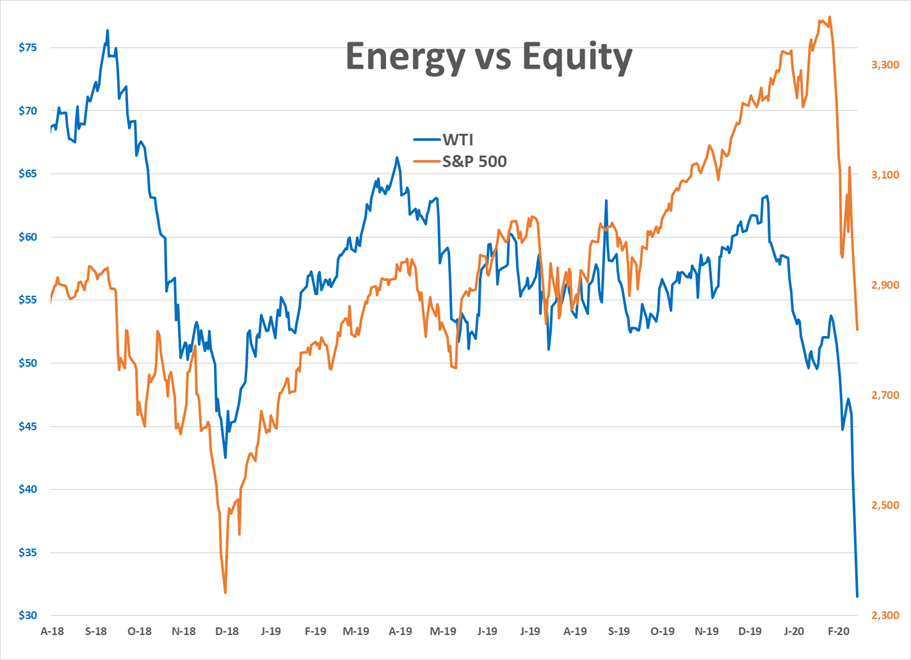 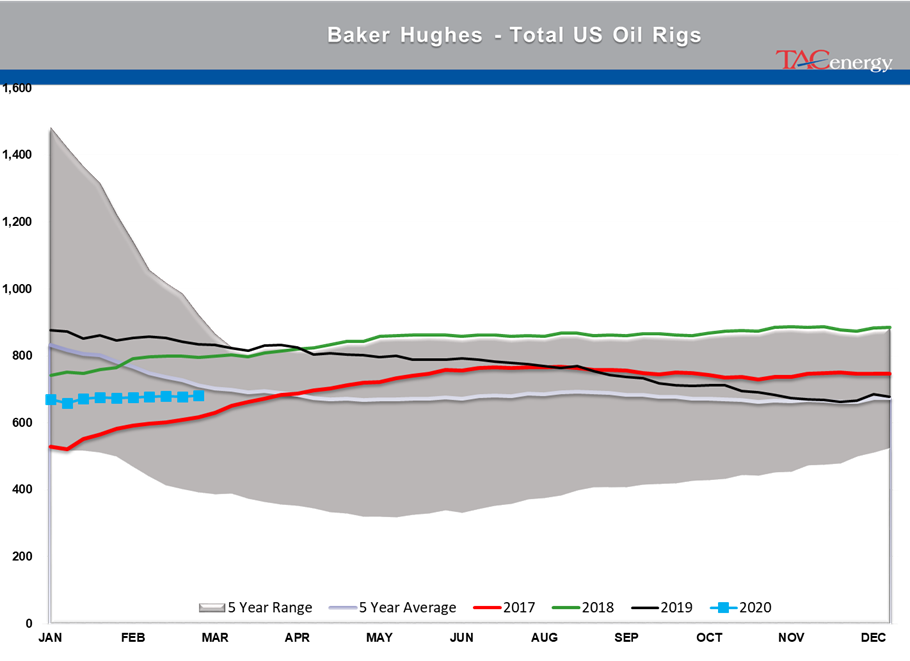