Oil prices settled at their highest levels in five months Wednesday, but remain well below the intraday highs set earlier in the month, and seem hesitant to make a push to break out of their sideways trading ranges as monthly reports from OPEC and the IEA paint a bleak picture for consumption.

The IEA’s monthly oil market update reduced its global oil demand estimates for 2020 and 2021, the first decrease in several months, primarily driven by weakness in the aviation sector. Global oil output is growing once again as the U.S., Canada and Saudi Arabia lead the recovery in production. The report also predicts that refinery intake will lag the global demand recovery as inventory gluts limit their operational capacity.

The DOE’s weekly report was much more bullish than the monthly forecasts released this week, with U.S. petroleum consumption and refinery runs both recovering to their highest levels in the past five months, driving inventory draws across the board. In most years, we would expect to see gasoline demand and refinery runs peak for the season around this time, which will make the next few weekly reports particularly noteworthy to see if typical seasonality holds true in this most unusual of years. The report also showed the largest drop in U.S. refining capacity in over eight years, and more reductions are expected, as this data seems to only just now be reflecting the shuttering of the PES facility.

Yesterday we guessed that the partnership announced to convert a refinery in Bakersfield, California to produce renewable diesel would likely not be the last such plan announced. Sure enough, later in the day, P66 announced its plan to convert its San Francisco (Rodeo) refinery to a renewable facility. In just the past few months, we’ve seen fossil to renewable refinery announcements from Holly (Cheyenne, WY), Marathon (Martinez, CA and Dickinson, ND) Global Clean Energy (Bakersfield, CA) and now P66 (Rodeo, CA). This is in addition to numerous other Renewable production projects that were slated to come online in the next two years.

The announced shutdowns of several refineries seems to be contributing to a selloff in RIN values, with D6 values dropping a dime in the past 10 days. The EPA continues to be quiet on the RFS targets for 2021, and on the rumors swirling about plans for small refinery waivers.

Tropical Storm Josephine is expected to be named later today according to the NHC. While this will set yet another record for the pace of storms in a season, this system looks like it will stay out to sea and not threaten the U.S. coast. 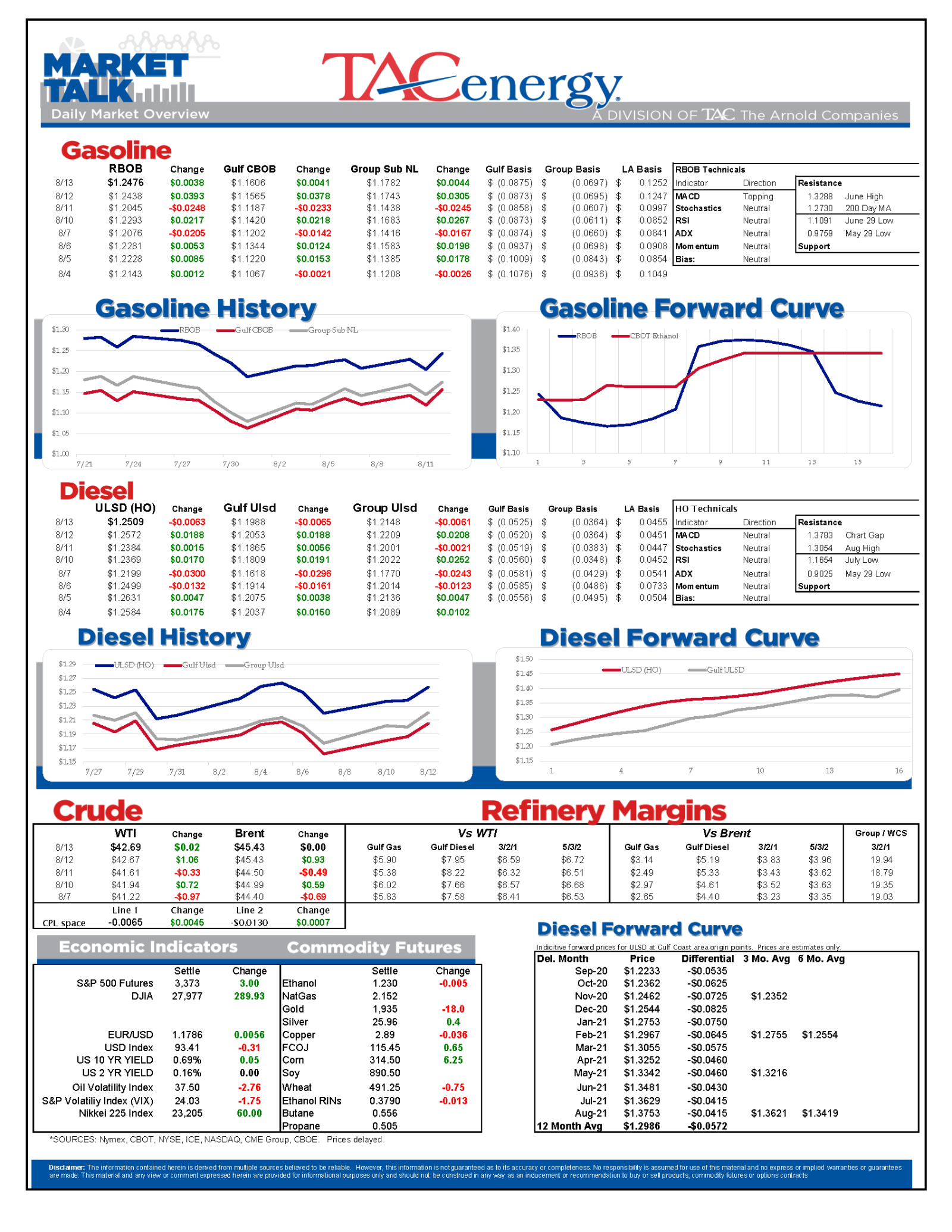 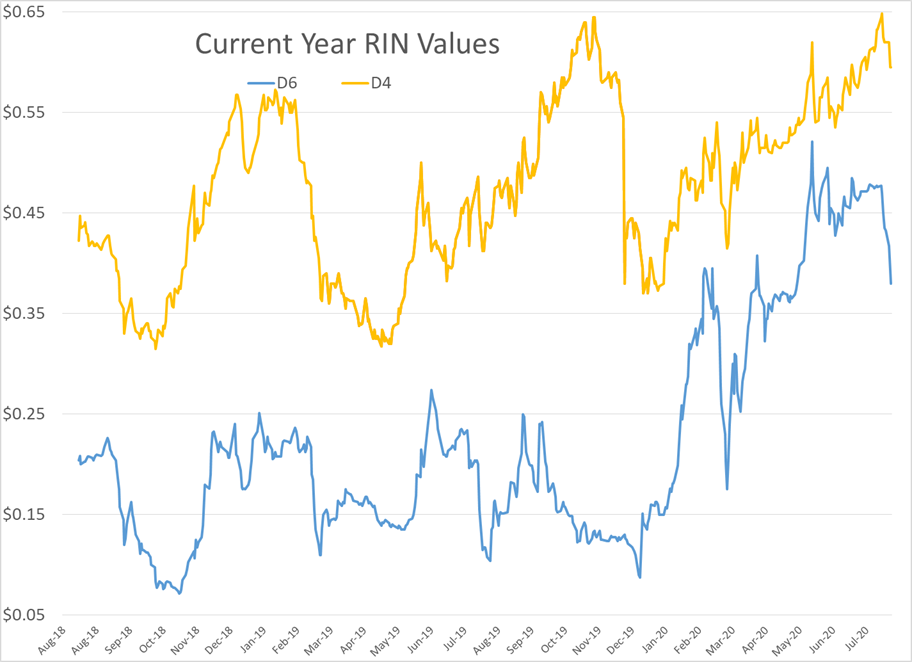 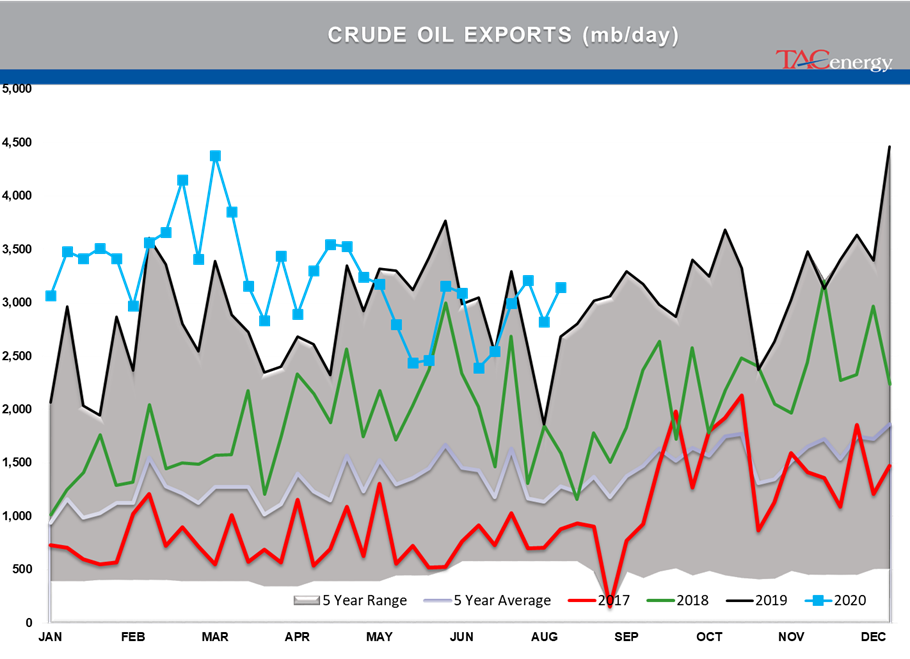