It looks like petroleum complex fell out of bed Wednesday morning, with refined products down a 6-7 cents and crude oil down more than $2, but in reality this selling started just after Tuesday’s (strong) settlement and continued throughout the overnight session. The move lower has wiped out the gains of the previous two sessions, the leaves the energy complex on a precarious technical footing, and threatening a much bigger move lower after a strong rally for most of the past 18 months.

Yesterday’s API report is getting credit this morning for the drop in prices as the most heavy selling occurred shortly after that report was released. US Crude oil inventories built by nearly 3.6 million barrels last week, but refined products only saw small moves, and Cushing OK inventories dropped yet again. The DOE’s weekly report is due out this morning.

A fire broke out at the Shell refinery in Convent LA, as the company was attempting to start its main crude unit, delaying the lengthy repair process since the plant shut during Hurricane Ida more than 2 months ago. That news seemed to help RBOB futures find their footing after a weak start Tuesday, although clearly that strength is proving to be short lived. It’s worth noting that the $2.39 range for RBOB is where we’re seeing December futures trade currently, and

Refinery disruptions around the US, Canada and Europe are all contributing to some of the steepest backwardation in gasoline prices we’ve seen in a decade. NYH RBOB is worth nearly 14 cents more today than it is at the end of December, which helps explain why premiums for space on Colonial are barely positive even though there’s a 9 cent spread between the Gulf and the Harbor on a prompt basis.

Don’t be surprised if the next 24 hours is full of more price swings. We’ll get the FED’s announcement on tapering their money printing program later this afternoon, which has the potential to create big waves in financial markets including the energy arena, although many times we see a bit of a delayed reaction as the people still involved in trading need time to digest the statement.

OPEC and Friends meet tomorrow morning and usually we’ll see prices swing ahead of any official announcement – if there is one at all – as floating rumors to reporters seems to be a favorite past time at these events. 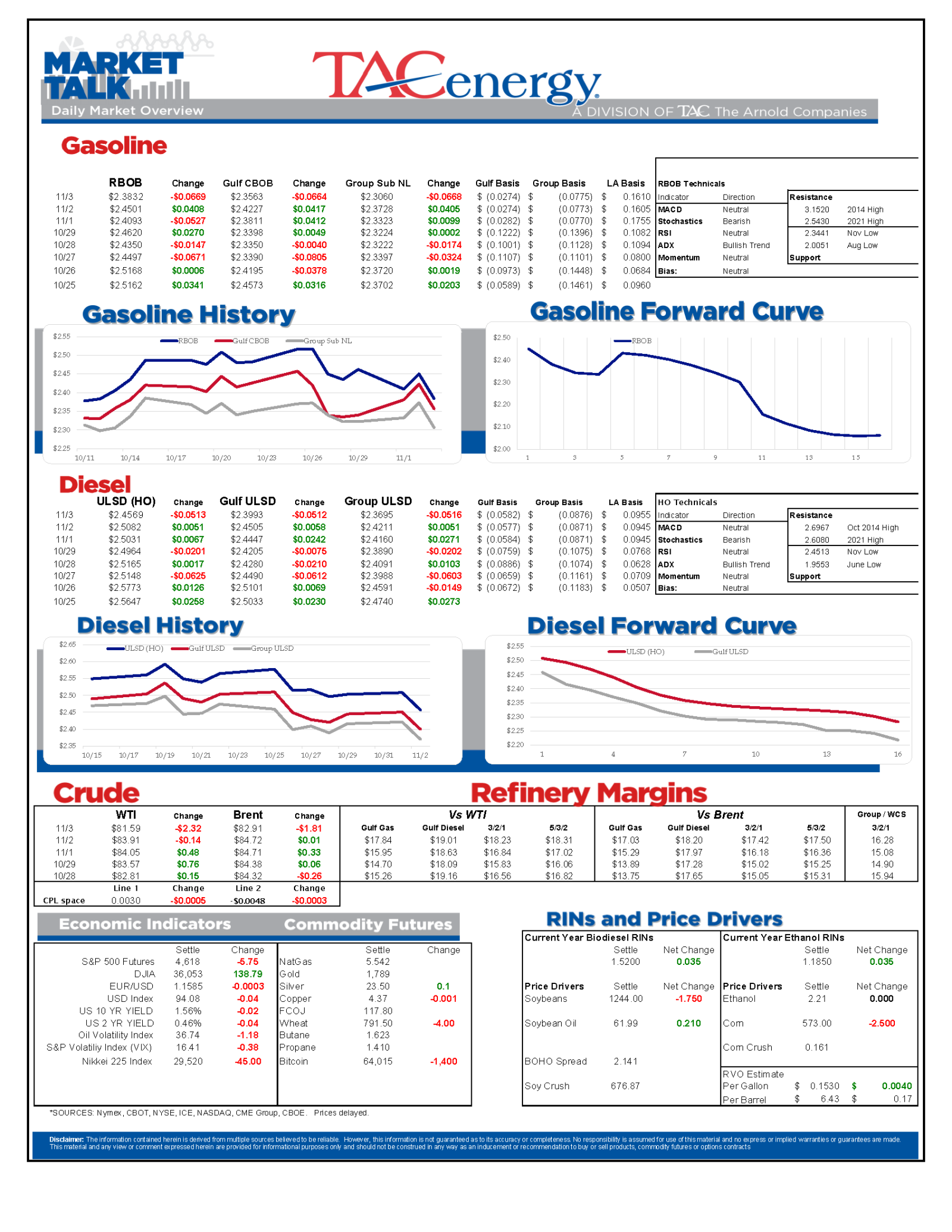 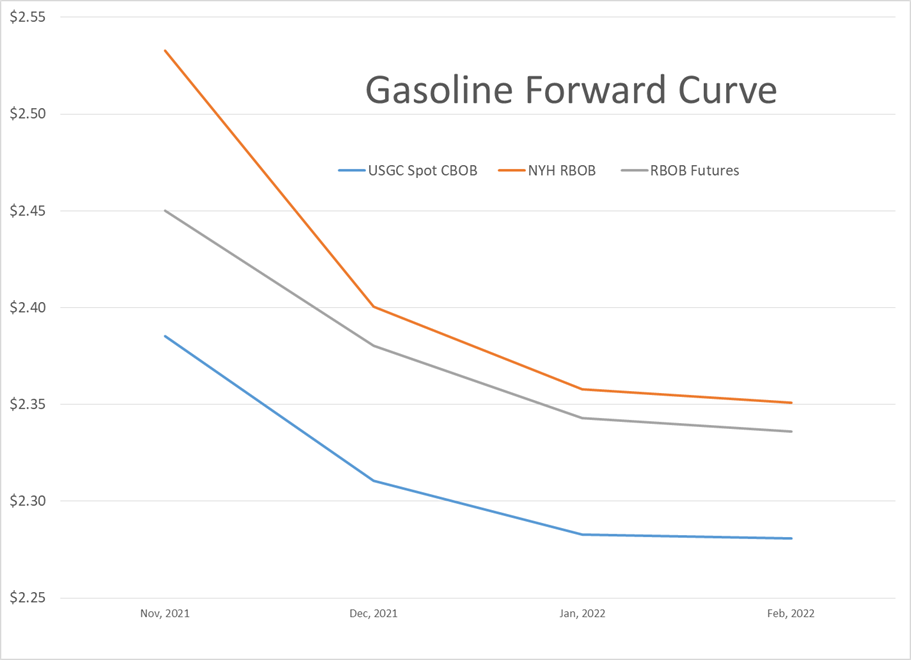 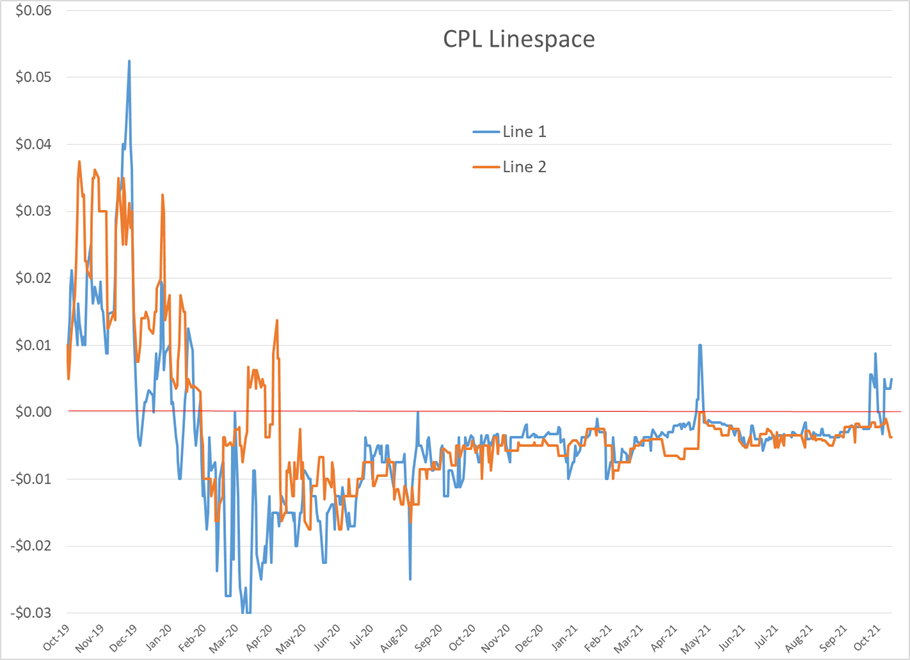