Petroleum futures shrugged off another attempted selloff Monday, continuing the July sideways trading pattern as uncertainty seems to be taking some of the risk appetite out of this asset class.

Volatility has been declining steadily for both energy and equity markets over the past few months, and the correlation between the two remains elevated. This suggests that any one of the major geopolitical issues happening at the moment (COVID-19 case counts and reopening plans, a new trillion dollar stimulus bill struggling to make it through Congress, and some less than neighborly theatrics from the world’s two super powers) have the potential to shock prices out of this range.

Unfortunately for refiners, this price (and demand) stagnation in July aren’t improving their margin situation, and the forward look remains bleak for many. Total announced yesterday it was selling its UK plant, and there are unconfirmed reports that another U.S. plant – this one along the Gulf Coast - is planning to idle its facility in the next few weeks, adding to a growing list of shutdowns.

Not everyone is looking to exit the business however, as Meridian Energy Group cleared a major regulatory hurdle to build a new refinery in North Dakota to attempt to take advantage of the U.S. glut of light sweet crude from shale plays. Although several reports suggest this plant would be the first built in the U.S. since the 1970's, they would be forgiven for forgetting the small refinery built in North Dakota in 2013 that was sold at a loss less than three years later.

Meanwhile, there have been a rash of operational issues at Gulf Coast refineries reported in the past few days, with some indication that power and other weather-related issues from Hurricane Hanna’s remnants may have been a contributing factor even though that storm made landfall hundreds of miles away. So far USGC basis markets have not reacted much, suggesting that the lack of demand continues to act as a buffer to any supply shock.

The Dallas Fed released its Texas Manufacturing survey for July, showing that the state continues to recover rapidly from the COVID shutdown. That said, comments that the recent resurgence point to the recovery taking longer than previously estimated, and 3/4 of respondents indicating that revenues are below normal July levels, making it clear there’s still a long way to go. 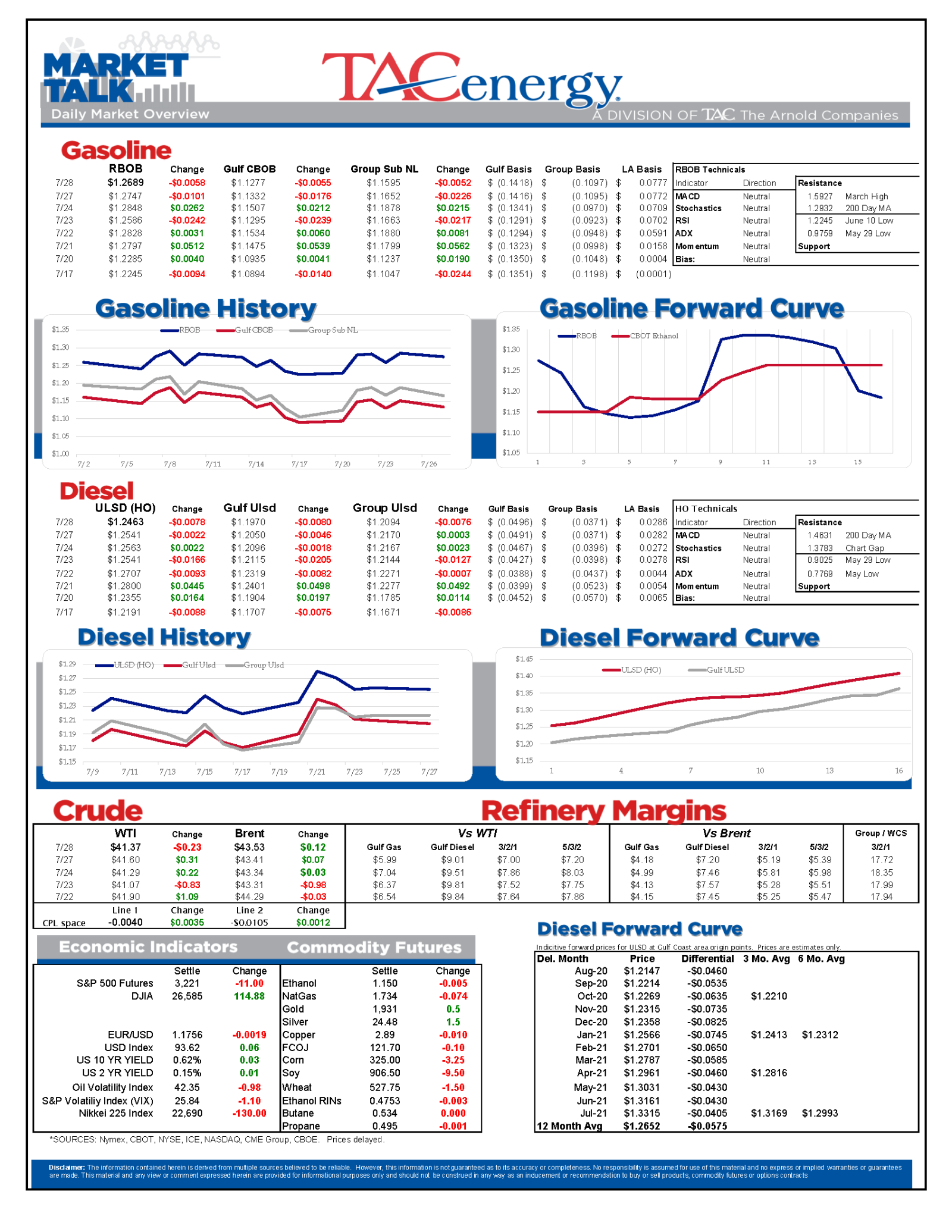 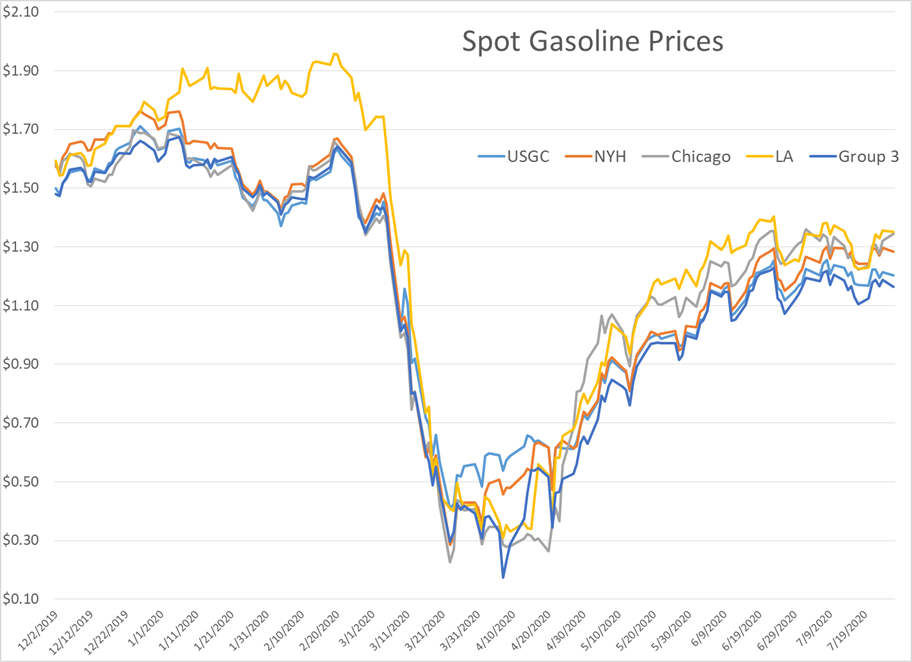 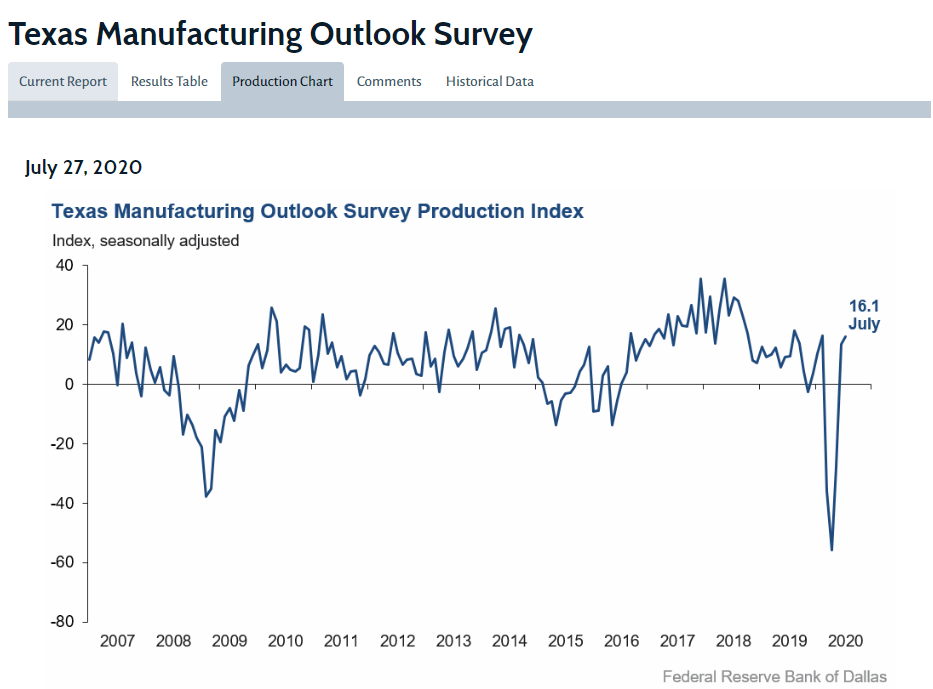