Petroleum futures soared to fresh 7 year highs overnight as the global energy supply crunch looked like it might get worse before it gets better, leaving us in this strange new world where “alternative” fuels come from oil and natural gas. Now that last week’s high trades have been taken out, there’s nothing on the charts to prevent crude making a run at the $90 mark near term, which would add around another 20 cents to refined products.

It seems just about everywhere you look these days, there’s another story of how fossil fuels are becoming both the cause and effect of climate change. Whether it’s flooding in China that’s hampering coal production, or drought in Brazil that’s creating a need for supplemental energy supplies, or even the heavy rains that have damaged multiple pipelines across the US in recent weeks, petroleum supplies are seen as both the problem, and (near term at least) the solution.

Kinder Morgan’s SE (plantation) pipeline was scheduled to restart over the weekend, after being closed for more than a week to fix a leak. The shutdown of the 2nd largest Gulf Coast to East Coast pipeline system didn’t stir too much action outside of local terminal markets that saw tight allocations, as Colonial’s main lines remain below capacity. Meanwhile, KM announced it had completed work on its “Pennsylvania Access” project that will help more product flow from Midwestern refineries to PA and NY.

Money Managers continue to add to net length in energy contracts, with the CFTC reporting the large speculator category seeing heavy short covering (bets on lower prices getting squeezed out) and new length added last week.  Read here why Reuters columnist John Kemp thinks the hedge fund trade is crowded, and risking a reversal, even though the net length held by money managers is still far below 2017-2018 levels. Something else you may notice in the Commitment of Traders charts below, the “Other reportable” category of trader that made up smaller speculative traders saw a mass exodus during the chaotic trading in early 2020 (read how Chinese retail investors got burned by bad bets on WTI for a good reason why that is).  If you start seeing more headlines about buying oil as a hedge against the global energy shortage – or other types of inflation – we could see an influx of those funds once again. Given the relatively small size of the energy futures arena compared to equity and currency markets, movements like that can have a huge impact on prices.

Baker Hughes reported a net increase of 5 oil rigs drilling in the US last week, 3 of which were added in the Permian basin. We’re seeing rack spreads in West Texas markets reach their highest levels since the SNOVID refinery shutdowns earlier in the year as the steady increase in drilling activity has created a steady increase in diesel demand.

There are two new tropical systems near the eastern edge of the Caribbean to keep an eye on this week, although neither one is given high odds of development by the NHC. 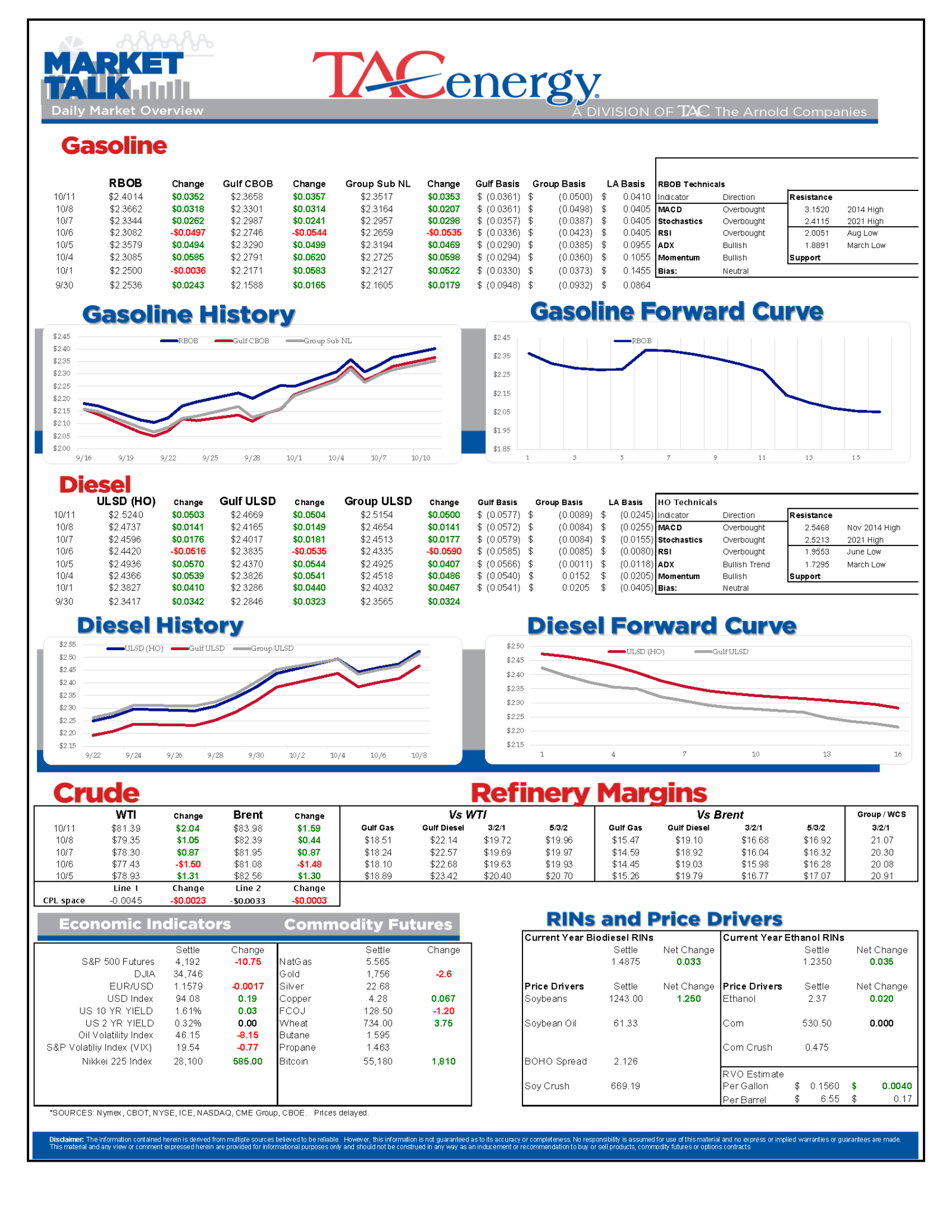 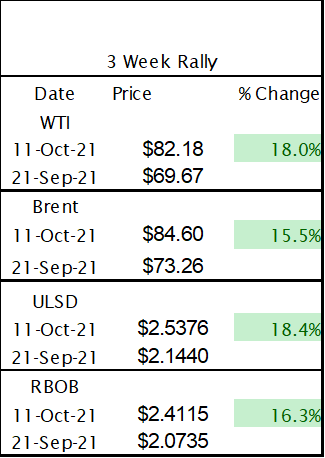 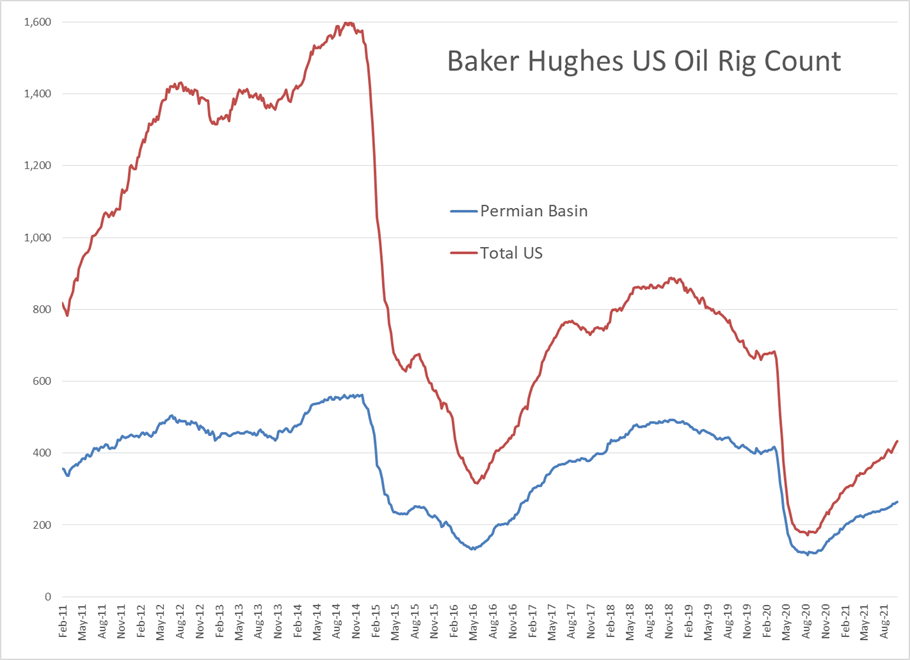