Prices Are Flat Across Energy Board

Prices are flat across the energy board this morning after breaking through technical resistances in compelling fashion yesterday. Prompt month HO is up just over half a cent after lagging the complex during yesterday’s rally. Gasoline futures are hopping back and forth over where they ended yesterday while crude oil seems content barely in the green.

Some bullish news out of Libya and Venezuela helped bolster prices yesterday, but stern sentiment from the White House on Iran imports is claiming the majority of the credit. Allowing sanction waivers to expire at the end of April will essentially terminate all Iranian exports to 8 countries, including China, overnight.

A sister article to yesterday’s report on US-Mexico energy trade, the EIA published today that the US set record high petroleum product exports in 2018. Of the countries our three largest exported products are sent, Mexico ranks first in both gasoline and diesel and second in propane. Last year, Mexico imported 529,000 barrels of gasoline from the US per day, more than all other country combined.

Buying pressure for gasoline futures may show signs of waning in the next couple weeks. The May contract has continued RBOB’s rally dating back to the beginning of the year, and set fresh 2019 highs overnight, but traded volume for the gasoline benchmark has continued to slow for about two weeks now. If we in fact saw some ‘last gasp’ buying last night, prices could be seen 20 cents lower in the short term. 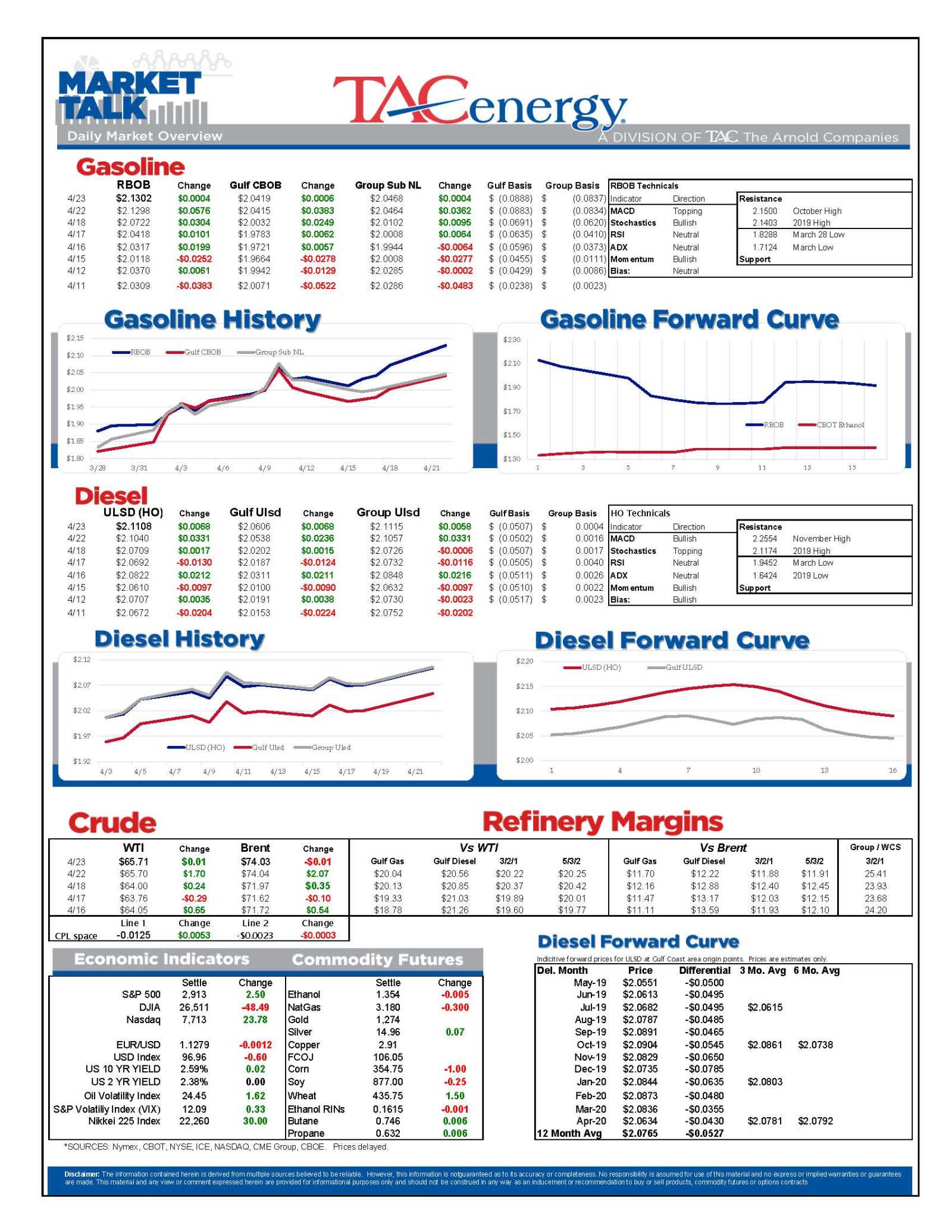 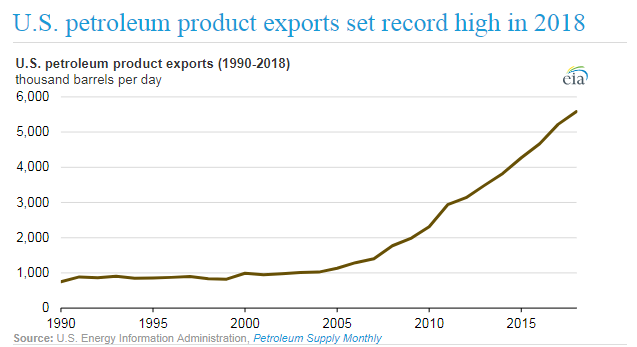