Prices are ticking higher ahead of the virtual meeting among OPEC and its former allied nations that’s scheduled to start at 9 a.m. central. As the rumors from that meeting start to trickle out, don’t be surprised to see some extremely choppy action as the results of this meeting could be the difference between oil dropping below $20 and rallying back above $40.

While Russia may still be the lynchpin in any OPEC & Friends oil output cut deal, the country is having to consider banning gasoline imports from its European neighbors that are threatening their domestic refinery production. That scenario sheds light on a harsh reality facing oil producers these days. Even if the OPEC alliance cuts production by 15 million barrels/day, that is not enough to offset the drop in demand until the shelter in place orders are removed.

How crazy is the rush for storage becoming? As the traditional tankage on shore, at sea and in rail cars is quickly gobbled up, there’s now a suggestion we could see oil in bags just like your favorite boxed wine. Based on the DOE’s latest weekly data, the U.S. could handle four more weeks of the recent 13-15 million barrel/week increases in oil inventories before reaching the all-time highs set in 2017, and the SPR storage opening could offer another three to six weeks’ worth of room, although logistical bottlenecks will limit what is able to be stored.

Is the bearish sentiment coming to an end? U.S. gasoline stocks rose by 10.5 million barrels last week according to the DOE’s weekly report – the second largest increase on record - and yet gasoline futures ended the day with solid gains. Buyers may be encouraged by gasoline output dropping to keep pace with the fall in demand, but cash markets still aren’t showing that optimism with multiple regional grades still trading 40 cents or more below futures, forcing rack prices in a few distressed markets to drop below 10 cents/gallon Wednesday.

U.S. refinery runs have dropped to levels not seen since Hurricane Harvey knocked more than 20 percent of domestic capacity offline 2.5 years ago. The difference this time is instead of seeing cars lined up for blocks in a rush to fill up, we’re seeing retail gasoline below $1/gallon in more markets daily and empty pumps.

Weekly jobless claims in the U.S. were reported at 6.6 million last week, bringing the three week total north of 16 million since stay at home orders became widespread, dwarfing anything we’ve seen before. 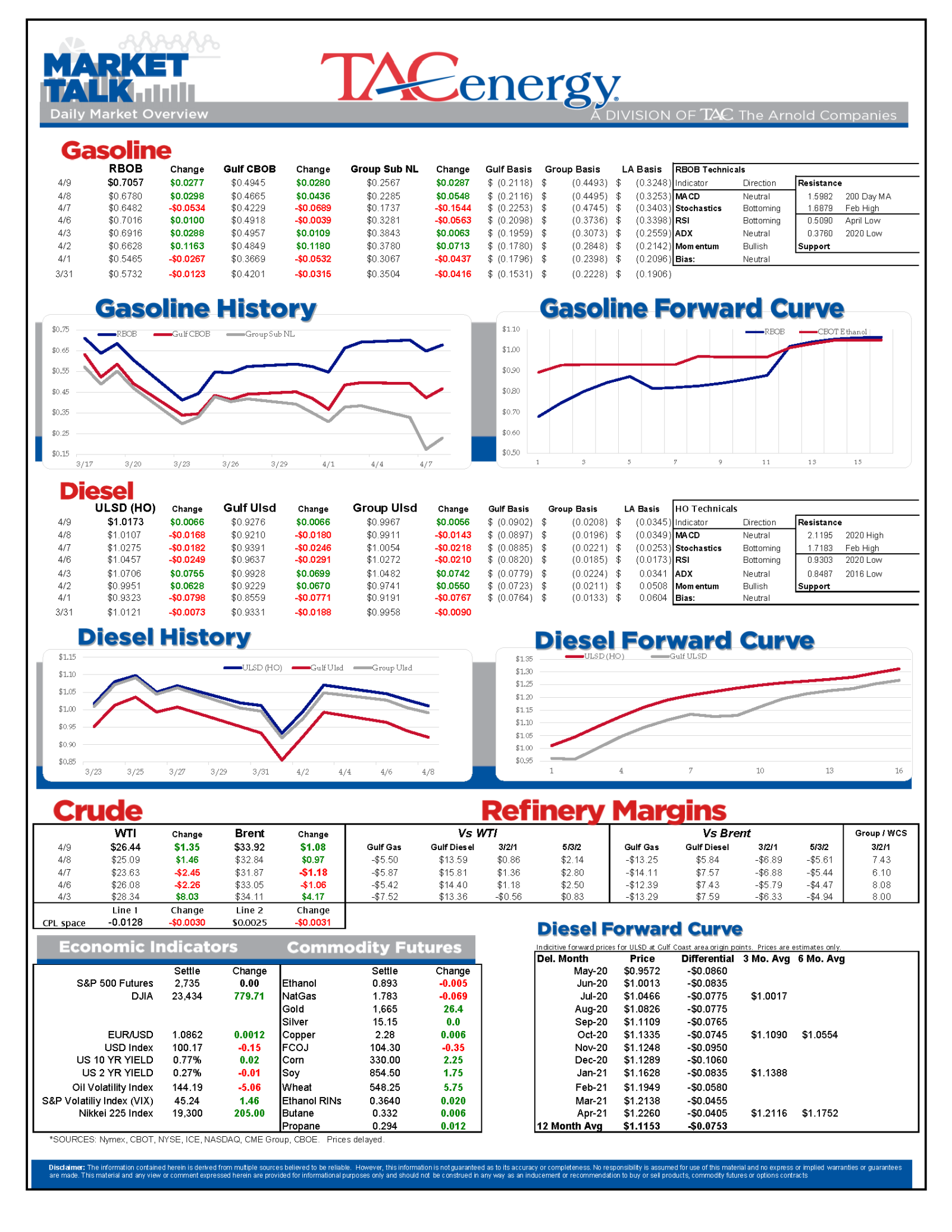 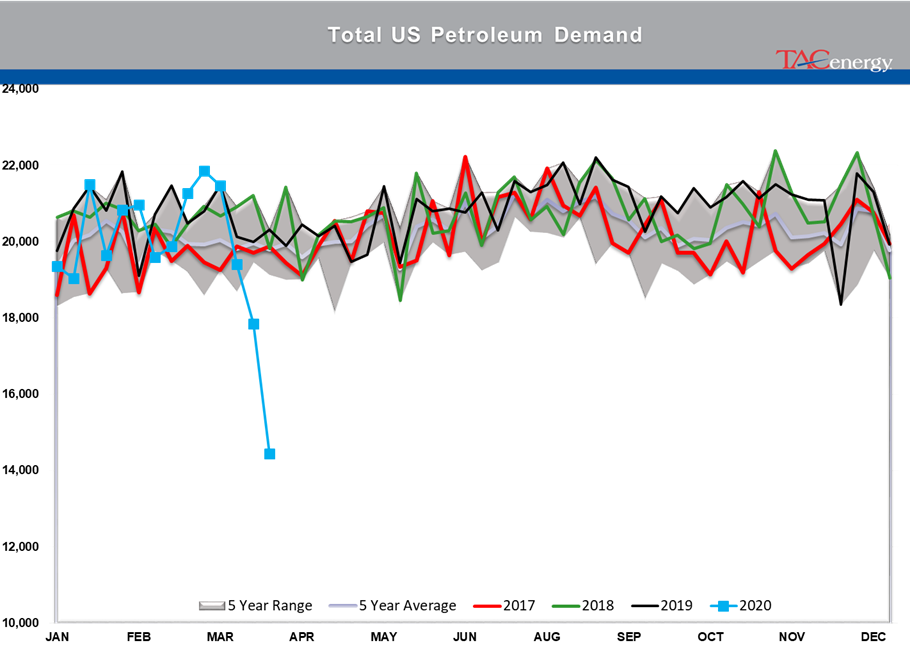 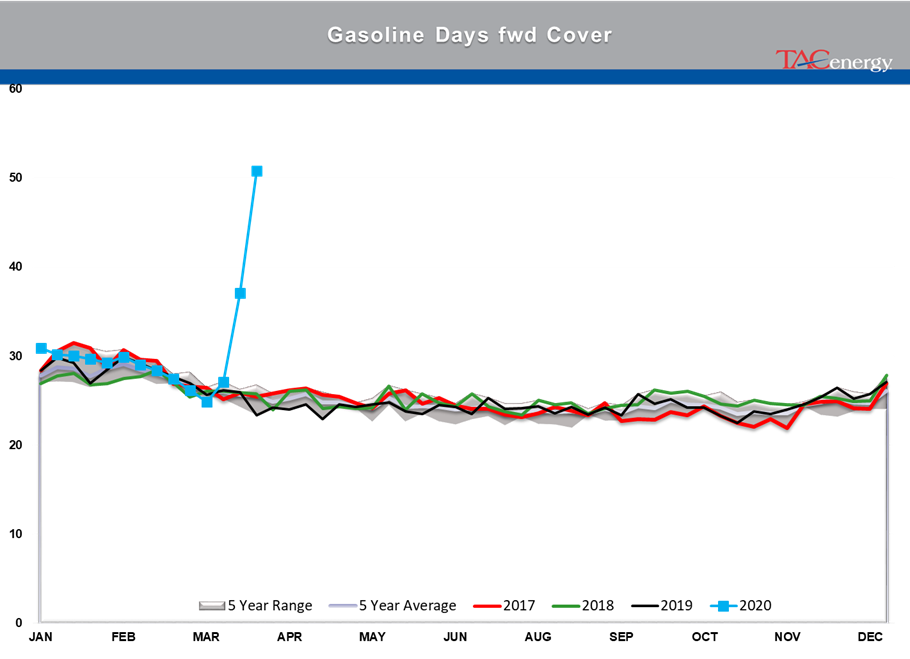