Prompt month gasoline futures prices set a new July low as the energy complex sees heavy selling so far this morning. Confirmation that Russia has resumed natural gas deliveries to Western European countries seems to be driving prices lower today. The EU is unconvinced the supply is back for good, warning its members to cut 15% of their usage from now until March in case the Moscow decides to stem deliveries when the weather gets colder.

The counter-seasonal build in gasoline inventories, as reported by the Department of Energy yesterday, is adding to the bearish sentiment this morning. The nation added 3.5 million barrels of gasoline to its stockpiles last week, but total inventory levels still remain below the 5-year seasonal range. The other headline values weren’t as exciting with diesel stores pulling back 1.3 million barrels while crude oil drew down 445 thousand barrel.

The European Central Bank has decided to raise its interest rates by half a percentage point this morning. This is the first rate increase made by the ECB in over a decade and the latest move by state banks to ward against runaway inflation.

The Energy Information Agency published a not-so-surprising note this morning, reporting that energy consumption in the US fell a record 7.5% during 2020. While the headline might not be of particular interest, the Agency noted that Hawaii had the largest decrease in energy use in 2020 due to its high jet fuel/motor fuel demand ratio.

Several technical indicators are flashing red and if the sundry chart studies are to be believed, lower gasoline prices are coming in the near future. There doesn’t seem to be much in the way to keep prompt month RBOB futures from trading down to the $2.85 level in short order. 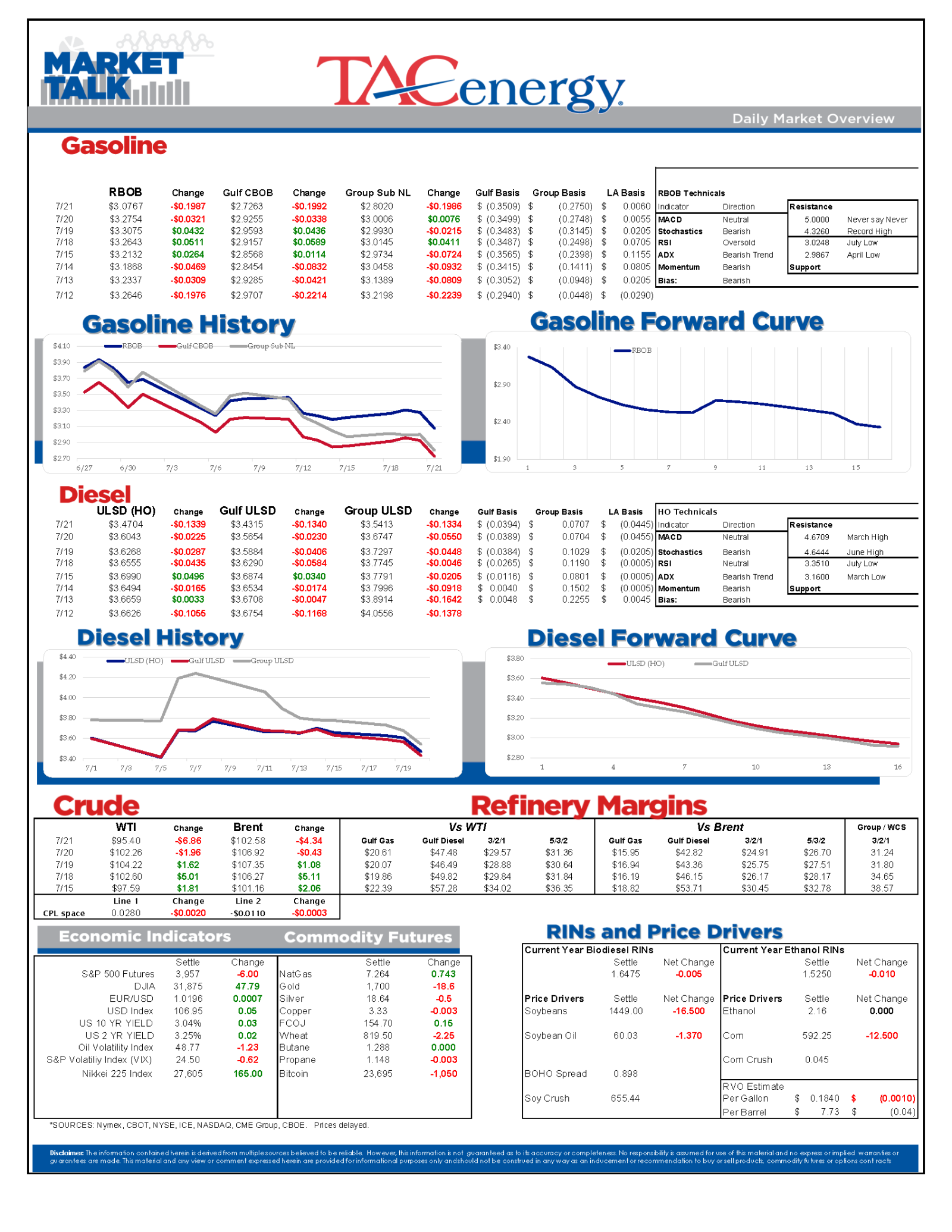 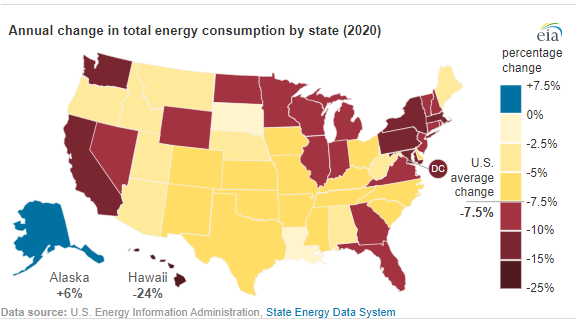