Gasoline and diesel prices have reached fresh 1+ year highs every day so far this week, although another wave of selling has pushed prices modestly lower this morning after an overnight rally. The entire energy futures complex is in an extremely overbought condition following 4 months of price increases, so a big pullback is to be expected at some point.

The race to restart refineries and resupply large swaths of the south that are tight on products continues, but outages are rare at this point, and mostly concentrated in the West Texas region for now. Texas did approve a temporary RVP waiver statewide through March to try and speed along resupply, adding to the TXLED diesel additive waiver approved by the EPA last week.

Yesterday’s DOE report offered a clearer picture into how dramatic the impacts of the polar plunge were on refinery runs, crude output and total demand across the country.

The drop in PADD 3 refinery runs last week rivaled the largest disruptions in history, but even though more refineries were impacted, the total production knocked offline was less than what we saw in 2017, 2008 and 2005, and with most plants in some phase of restart, we should see a bounce back next week. PADD 2 run rates also dropped sharply on the week as numerous plants in Kansas and Oklahoma faced power and extreme cold issues of their own. Refiners on the East and West coast weren’t directly impacted, although the disruption should allow them a nice bump in margins that’s much needed after a brutal year that has many plants on the verge of closing.

The EIA this morning highlighted the dramatic drop in natural gas production last week that contributed to both the widespread power outages, and the forced closure of so many refineries. One thing we saw after the 2005 hurricanes was that refiners got much better at preparing for hurricanes to minimize damage, and they’ll no doubt be coming up with new plans for avoiding this type of catastrophe in the future as well. 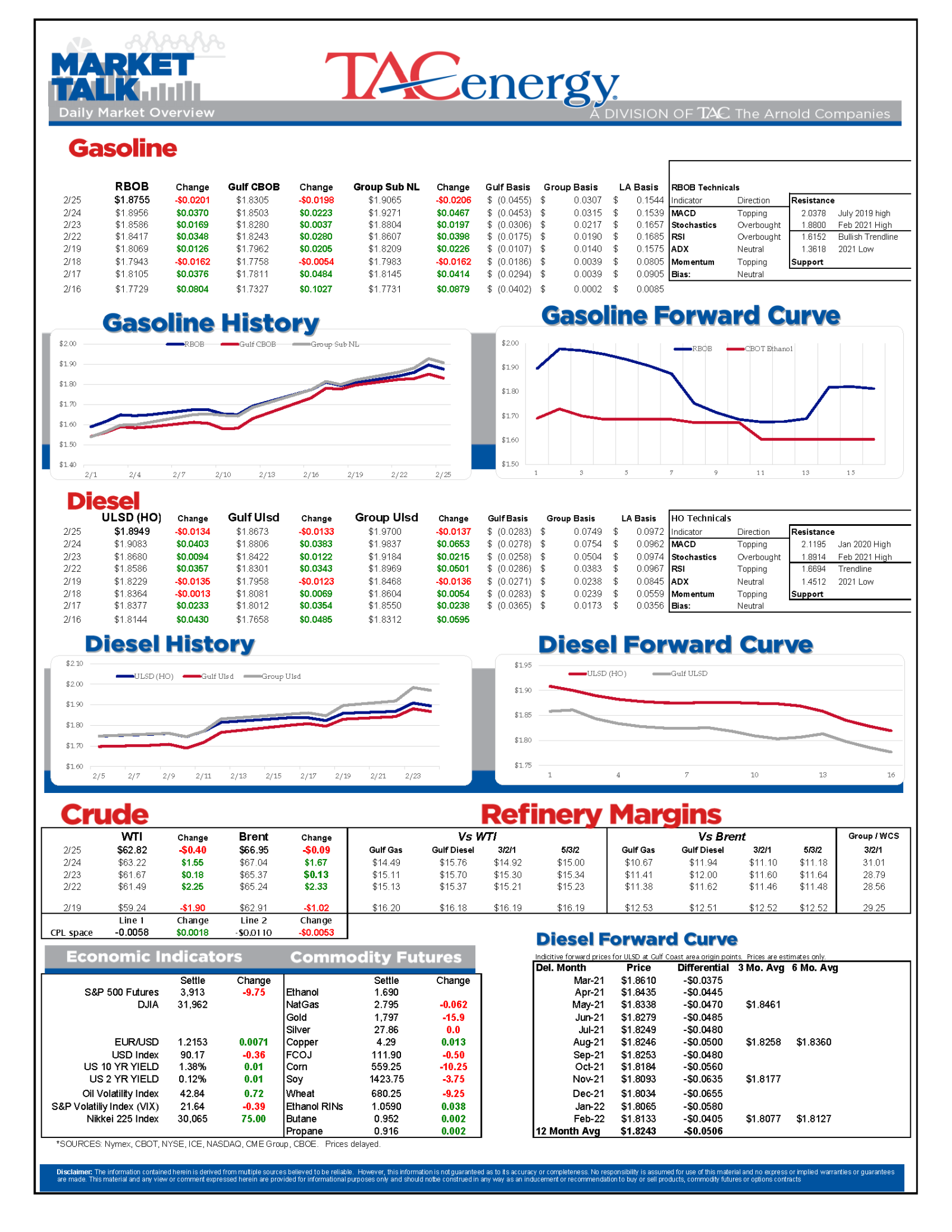 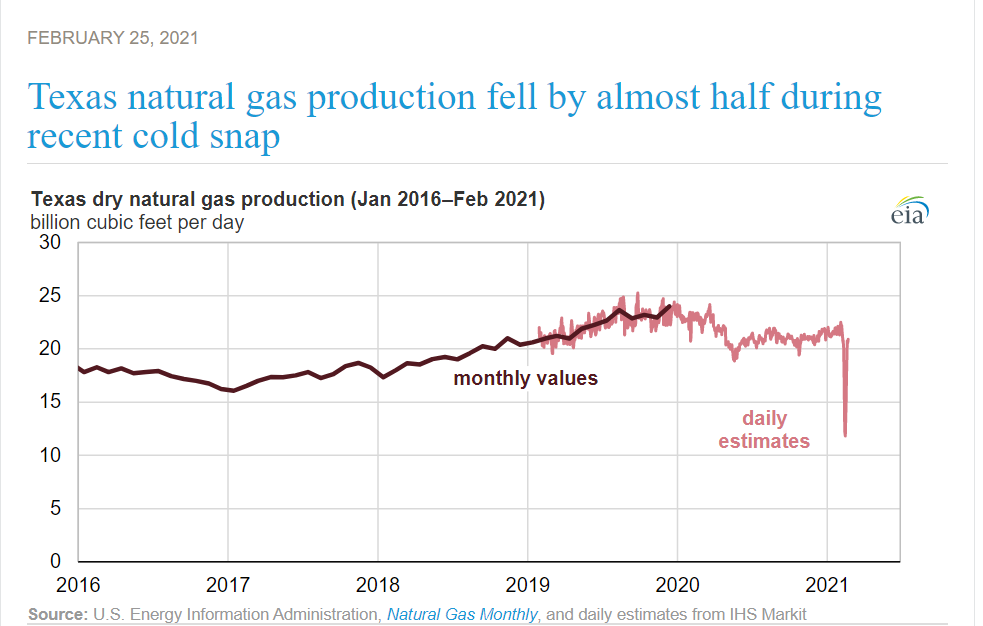 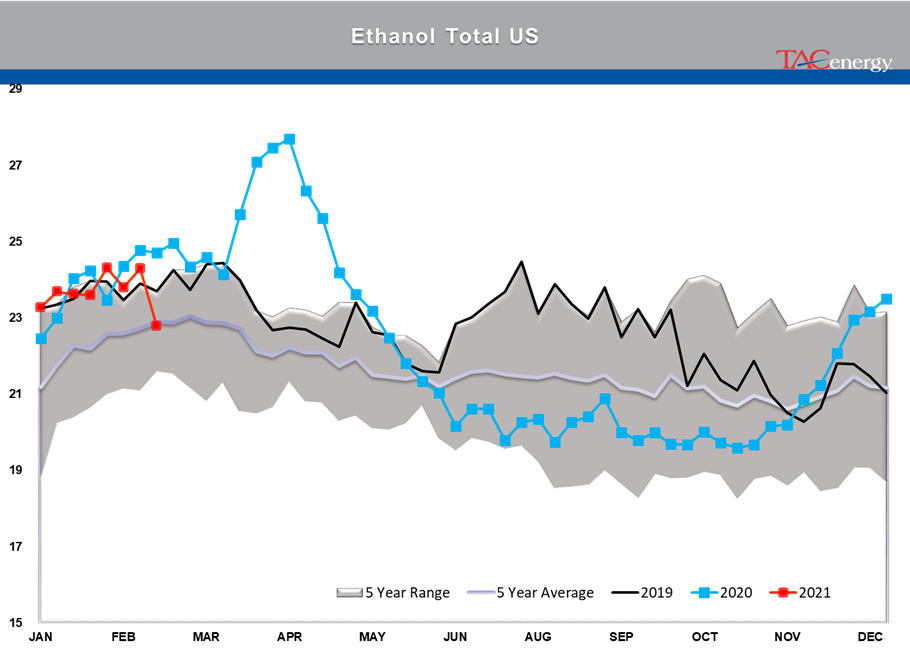