Rally Runs Out Of Steam

The rally seems to have run out of steam as energy prices pull back for a third straight day after threatening eight month highs earlier in the week. Futures are still set to have strong gains on the week despite the pullback, thanks to the big gains during the vaccine euphoria Monday and Tuesday. Cash markets meanwhile are flashing more warning signs as basis values have pulled back sharply in several regions, adding to the downward pressure from the futures selling the past few days.

The build in crude stocks reported by the DOE is getting credit for the pullback, especially compared to the API’s estimate that crude stocks had a large drawdown earlier in the week. The timing of the selling didn’t match however as prices barely flinched following the DOE report, but melted down in the minutes leading up to the close, and continued through the overnight hours. In addition, the demand estimates reported by the DOE were all higher on the week and product inventories continued to draw, suggesting the move lower in prices has more to do with technical and lost momentum than it does with a change in any fundamentals.

The NHC gives 90% odds that Iota will form over the weekend in the Caribbean. Once the storm system gets organized we will then get to see which direction the models suggest it may head. The U.S. Gulf Coast has been a storm magnet this year, so don’t be surprised if we’re looking at yet another landfall sometime before this record setting Atlantic Hurricane season officially closes 11/30. 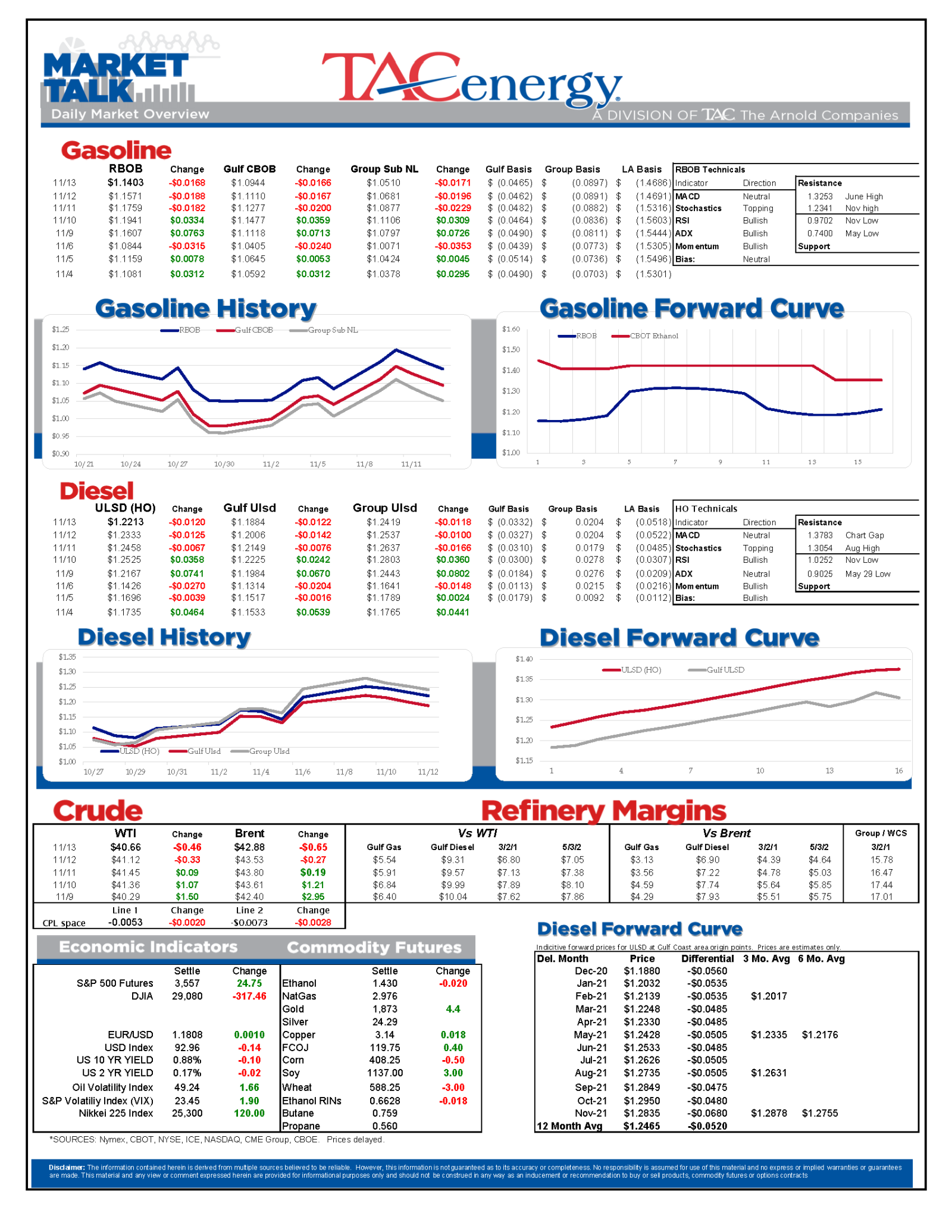 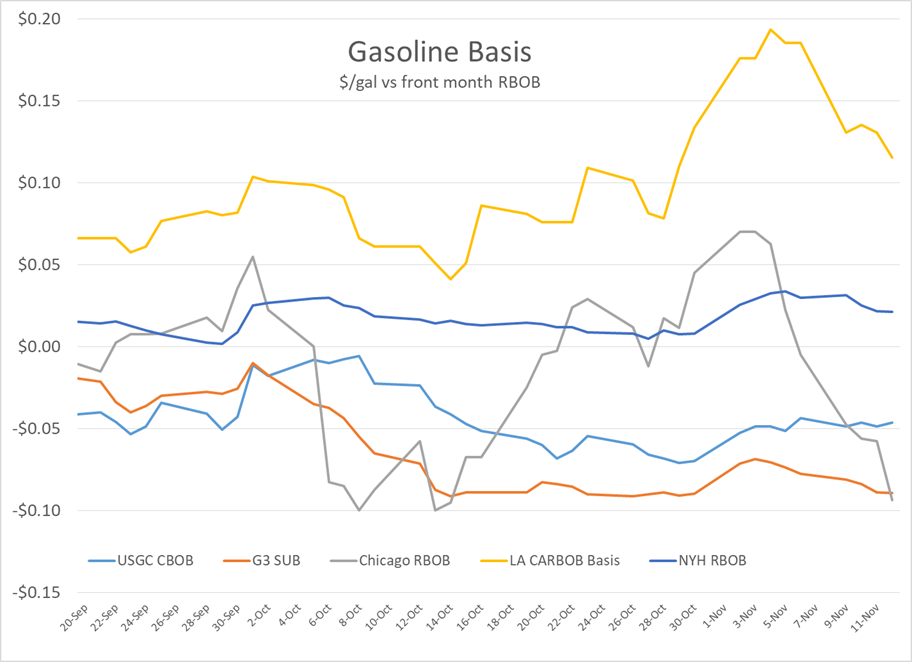 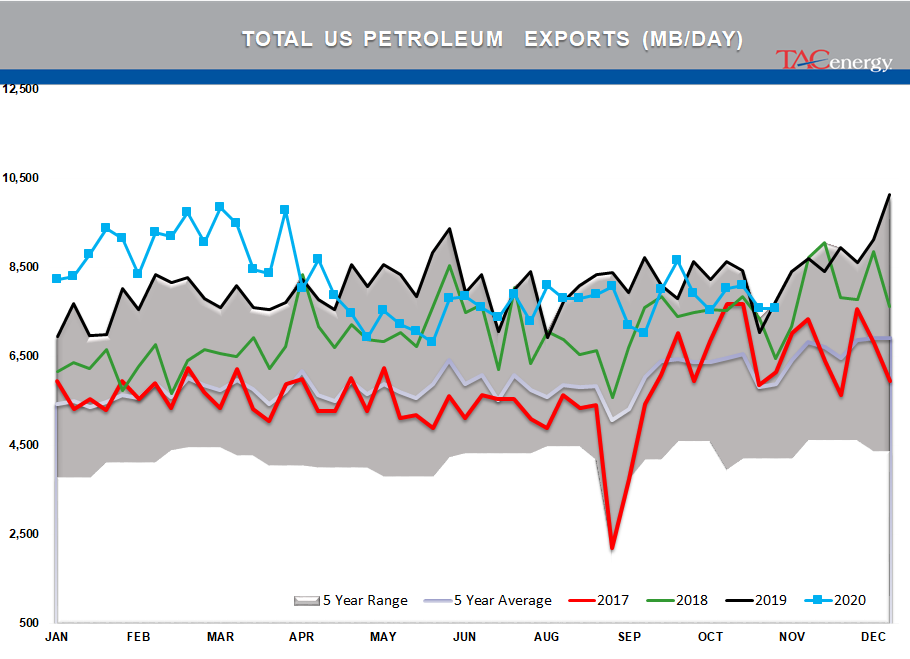