It’s a rare red day for energy markets in 2019 as prices take a breather from their strong start to the year. If the early losses hold this would snap a 9 day streak of gains for oil and diesel prices. US Equity markets are also pointed lower this morning after getting off to their best start to a year in more than a decade, and the correlation between the two asset classes remains high.

While the 2 week rally has ended talks short term of an extended bear market, there are still plenty of longer term headwind for oil prices: Saudi Arabia released details on an audit of its proven oil reserves this week, revising its total higher than previously announced by some 8 billion barrels. While the Kingdom’s pledge to manage the global supply/demand equation has been a big factor in the recent price rise, this announcement makes it clear that they won’t be running low on reserves anytime soon.

Another headwind? The EIA published a note this morning detailing the growth of Iraqi oil production since the first gulf war. Increases in that country over the past few years are already large enough to offset most of any expected losses due to Iranian sanctions. 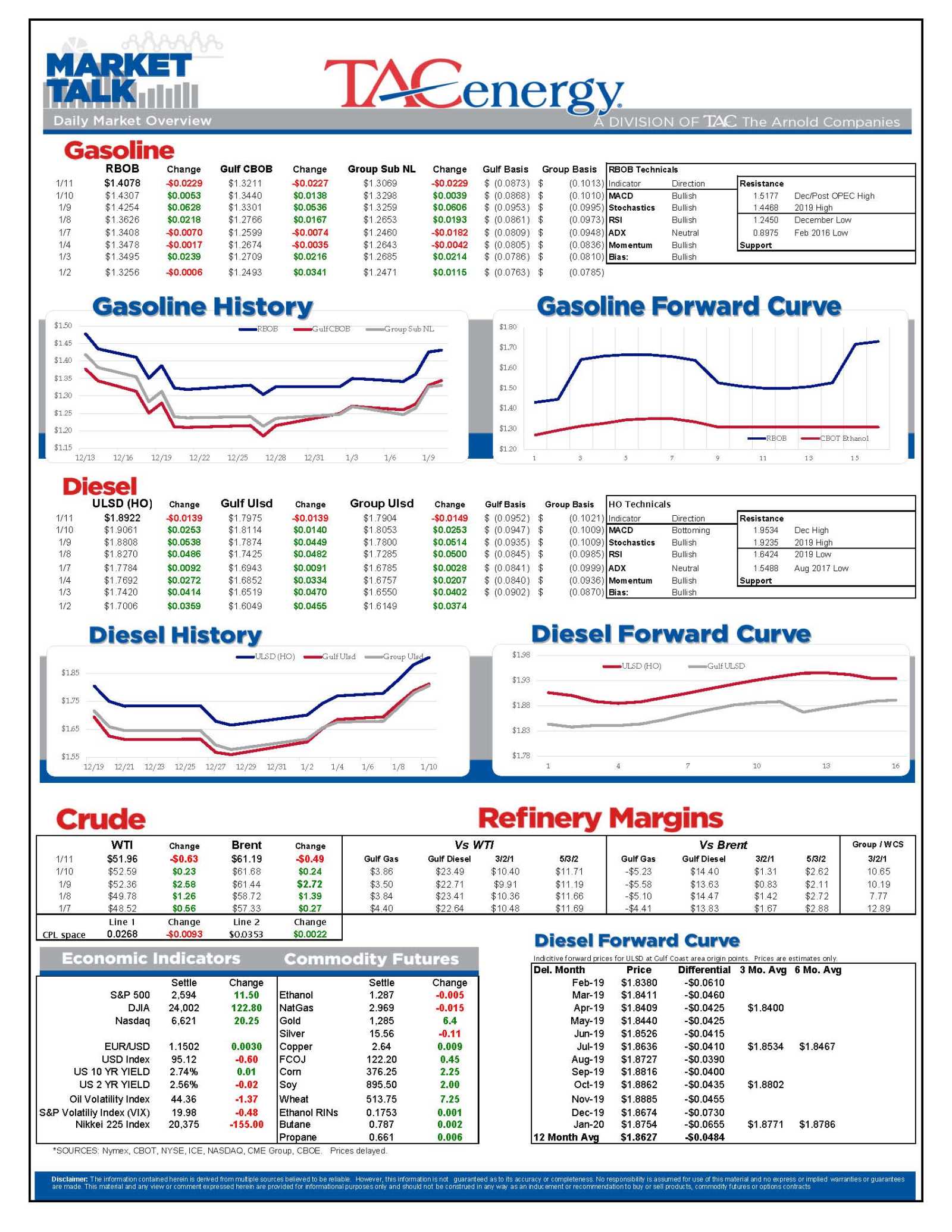 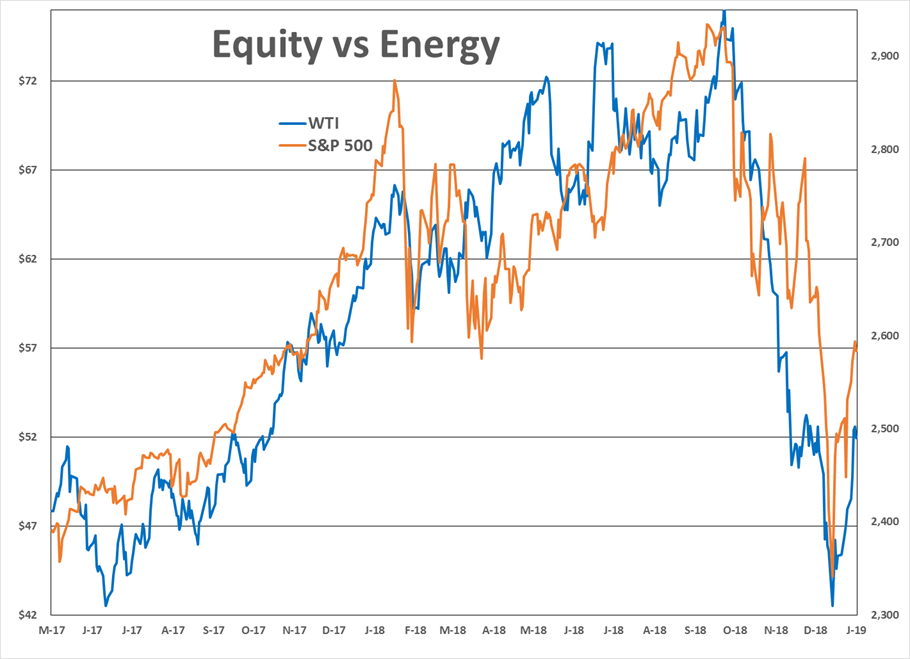 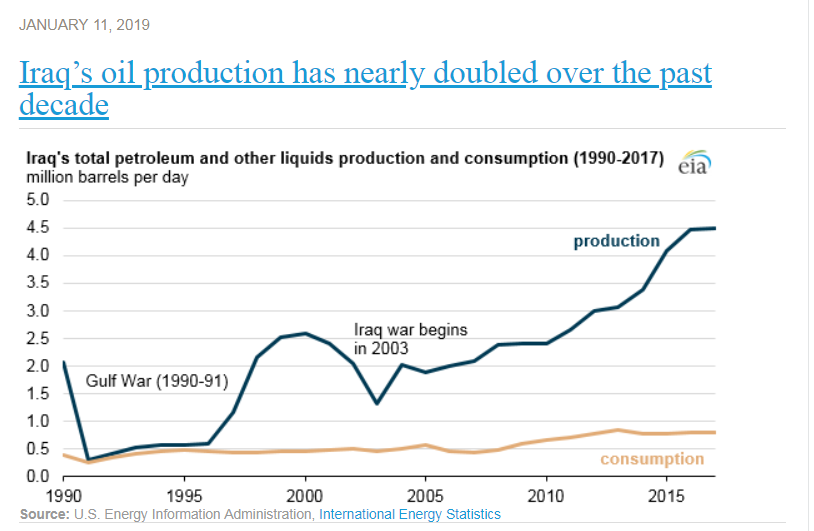