The fourth quarter is starting on a soft note for energy markets with the big 4 petroleum contracts all trading modestly lower to start the day, after staging a healthy recovery bounce to finish off September.  This time yesterday it was looking like we may be setting the stage for a substantial move lower in product prices, but the selling pressure didn’t last long after 8 a.m., leaving the complex stuck in its sideways pattern.

After a rough September, U.S. equity markets are pointed higher to start October trading, but so far that strength has not carried over to energy prices.

Yesterday’s DOE report did little to sway price action as inventory and demand estimates had relatively minor moves. Total refinery runs in the U.S. remain lower now than they were after Hurricane Harvey knocked nearly 1/4th of the country’s capacity offline three years ago, and yet this time there are no supply shortages to speak of as demand continues to lag.

With the seasonal demand slowdown looming for gasoline, and diesel inventories still near record highs, we may see refinery run rates continue to decline over the next month, with more outright closures still a distinct possibility. This article highlights the real-world impact of the refinery shutdowns that have already happened this year.

The CFTC ordered Sunoco LP to pay a $450,000 fine for spoofing crude oil, gasoline and diesel contracts in 2014. The statement says the trader involved used 50-100 lot increments (50,000-100,000 barrels or roughly 2-4 million gallons of notional volume) to push the market towards smaller positions they actually planned to execute, and once done would cancel the larger orders. This is just a day after JP Morgan agreed to pay $920 million for spoofing metals and treasury markets. Based on the size of the fines, you can get a feel for just how huge the banks’ manipulative trading practices were in comparison.

A Rystad energy report released yesterday suggests that U.S. onshore crude production likely peaked in August and will decline over the next year as prices are unlikely to recover enough to spur more drilling activity. 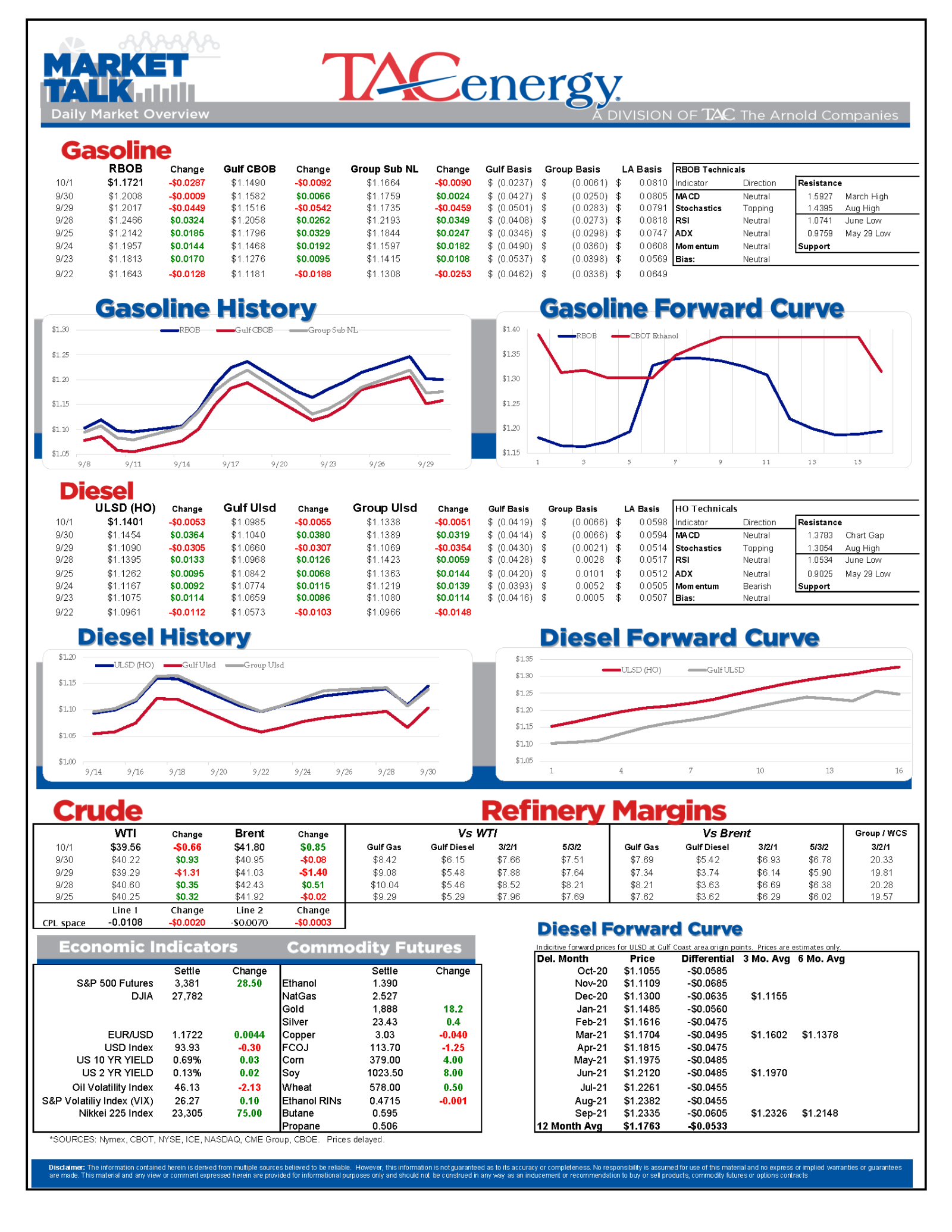 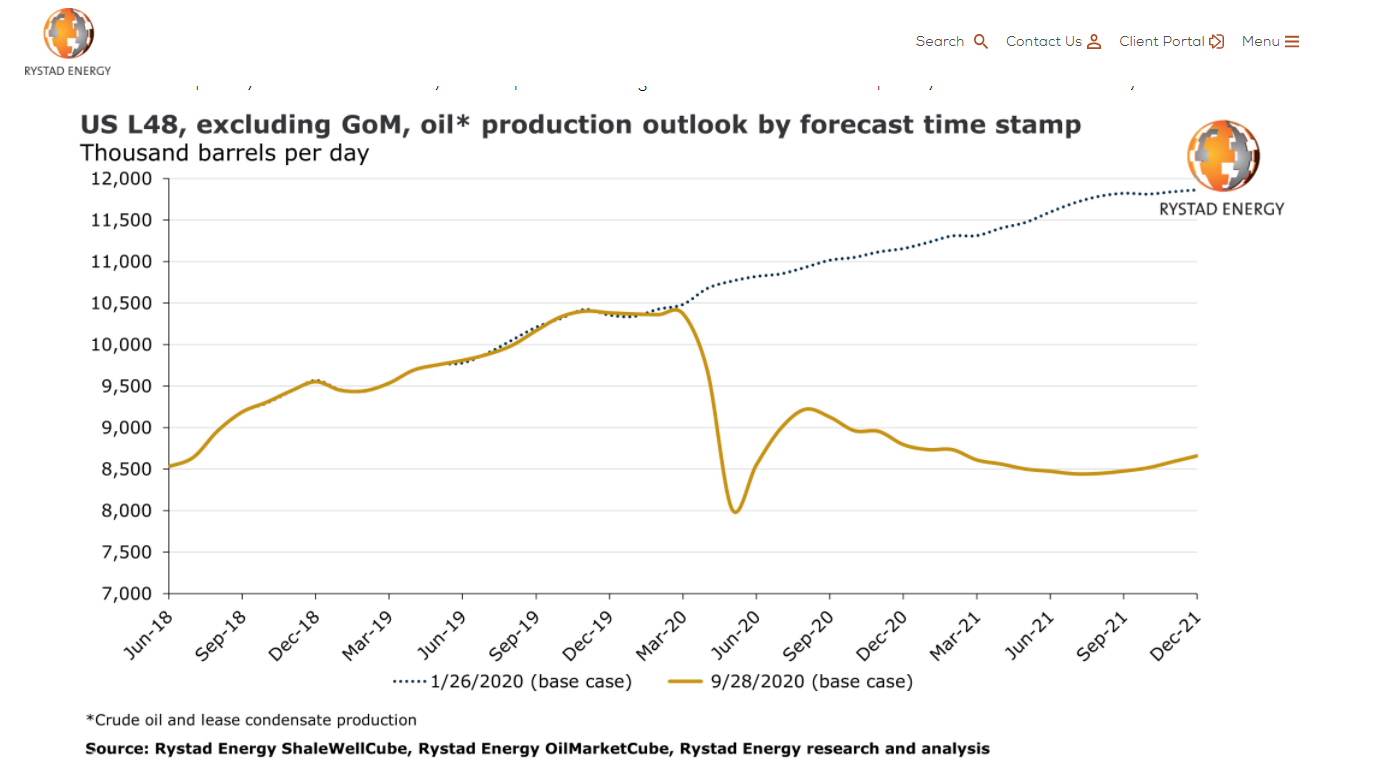 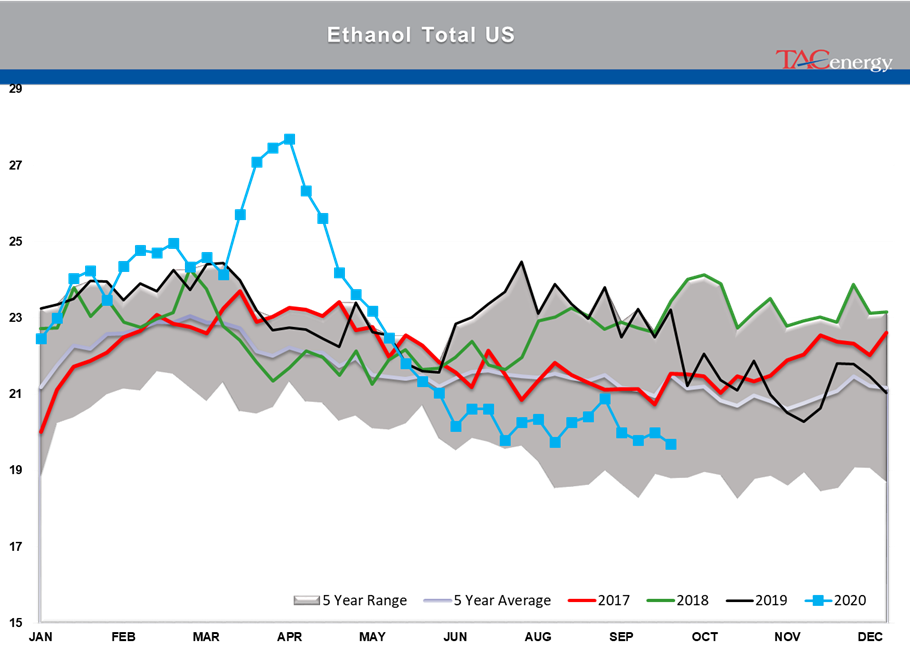