The recovery rally continues for a 2nd day as production cuts remain the big story ahead of an OPEC & Friends meeting later in the week. The high trades for WTI & Brent overnight marked a 10% bounce off of their lows for the year set last Thursday, while refined products have earned back around 8% in the past 3 days.

For those wondering how high prices could bounce now that the recovery seems to have found its legs: The $60 mark for WTI looks to be a good intermediate term target as it represents both a 38% retracement of the fall price collapse, and marks the bullish trend-line from the 2016 low of $26, which was broken for the first time 2 weeks ago. IF we see WTI make a run to $60, that should mean roughly another 15-20 cents of upside for refined products.

Thursday is scheduled to be an OPEC-only meeting & press conference, while Friday include the non-OPEC countries that have participated in the recent production cuts (Russia) and will conclude with a joint press conference Friday afternoon (Vienna time) meaning we should know sometime in the morning what their new plan will be.

Western Canadian select crude oil gained almost $9/barrel Monday, in the wake of Alberta’s announcement of forced, albeit temporary, production cuts. Hard to say which is more notable, WCS prices doubling in just the past 2 weeks, or the fact that prices are still only $29/barrel.

The API report is due out at its normal time this afternoon, but the weekly EIA report will be delayed one day this week as federal offices will observe a national day of mourning Wednesday in honor of President George H.W. Bush. 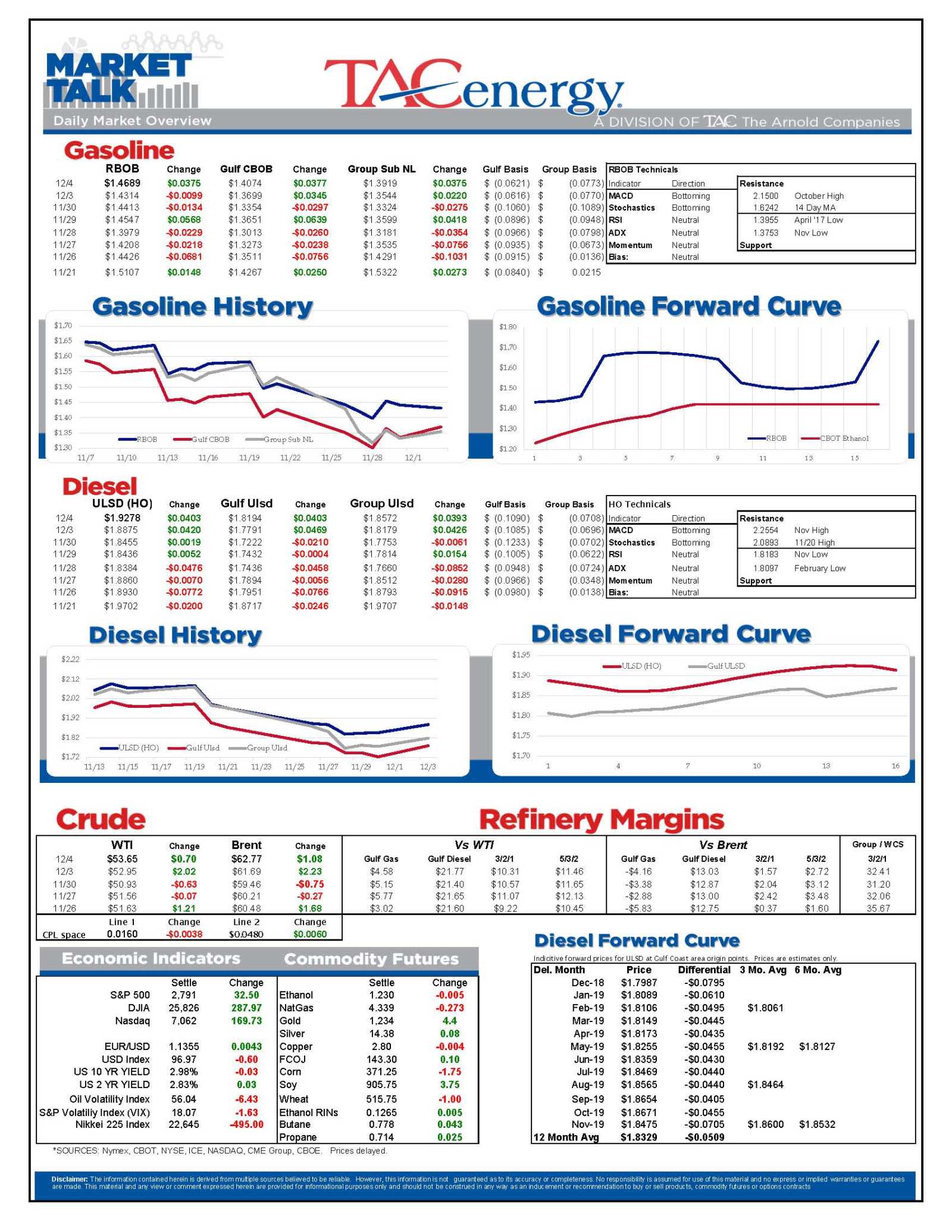 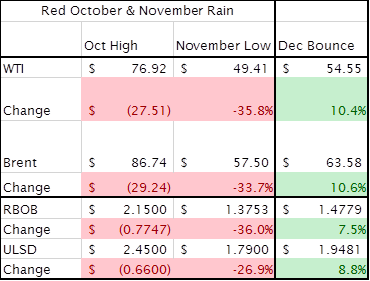 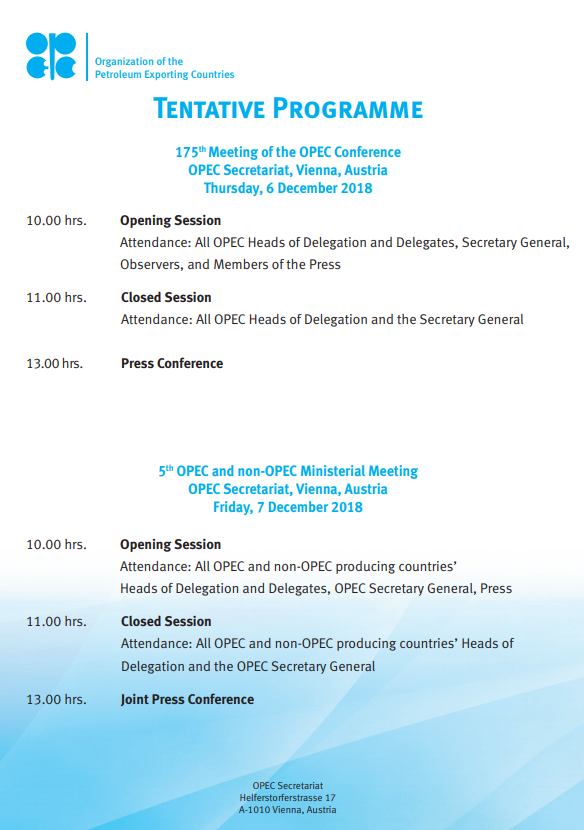