The recovery rally in energy futures is on shaky ground to start Friday’s trading, as the gains made earlier in the week are quickly evaporating.

While stock markets seem to have put the Coronavirus fears on ice, petroleum contracts are having a harder time escaping the threat of demand destruction from China’s quarantine.

Refined products continue to cling to modest gains for the week, while oil prices have seen their gains erased and are on pace for a fifth straight week of losses.

The January jobs report was stronger than most estimates in terms of job creation, with 222,000 new jobs added in the month and the November/December estimates were both revised higher. Both the headline and U.S. unemployment rates ticked up slightly during the month, as the labor participation rate increased, and offset the increase in total jobs. Both U.S. equities and energy futures ticked lower immediately after the report, but have since recovered and seem to be shrugging off this piece of news.

Tensions are ramping up between the U.S. and Russia again, with the treasury reportedly considering sanctions against Rosneft over its ties with Venezuela, at the same time as a military standoff in Syria between the old cold war foes. It’s impossible to say what impact any sanctions might have until we know what they are, there’s certainly a possibility that they could end up pushing prices higher if they disrupt the global flow of oil.

RIN values have been on a steady climb higher ever since a court ruled against the EPA’s extension of three small refinery waivers from the RFS. D6 Ethanol RINs traded up to a seven month high Thursday, and have nearly doubled in value so far in 2020. 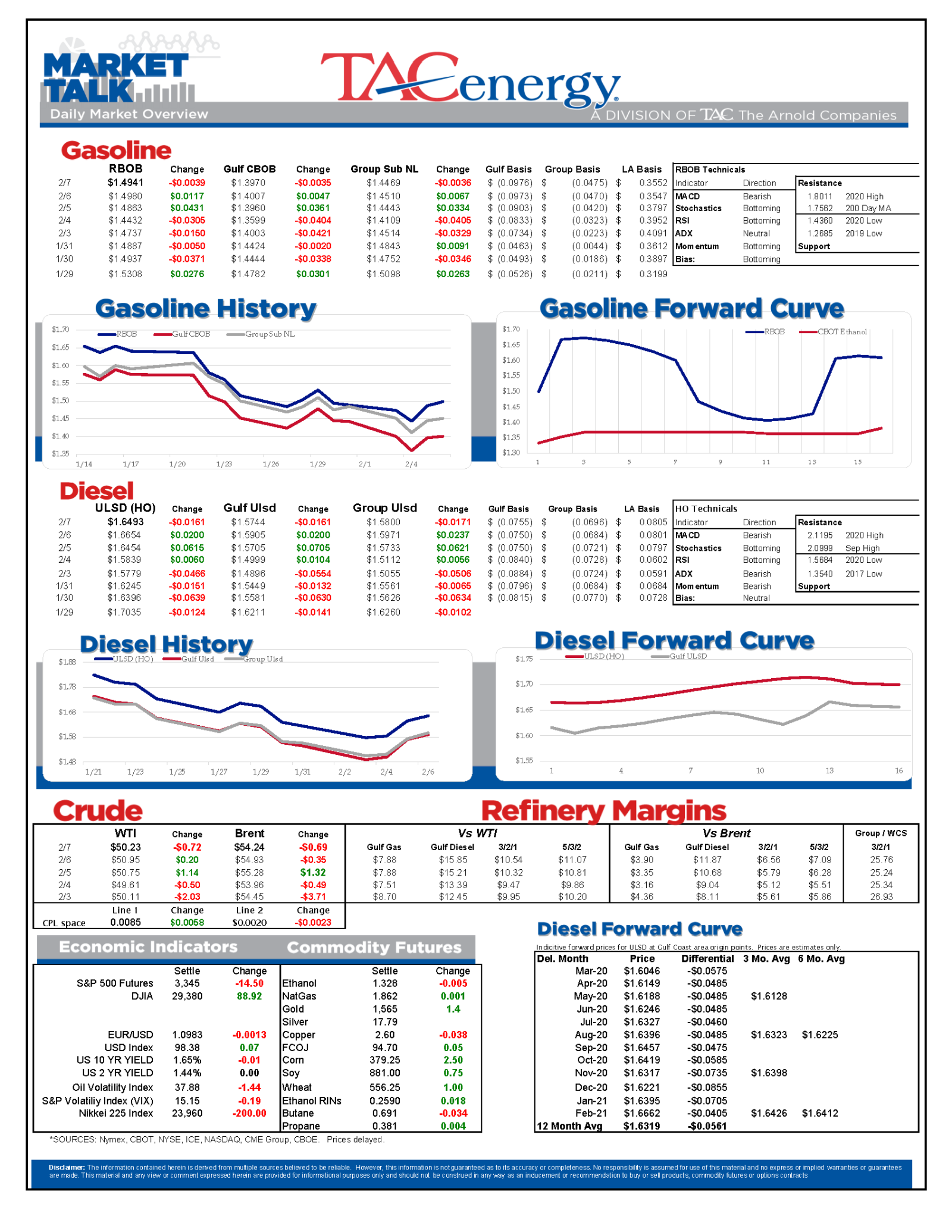 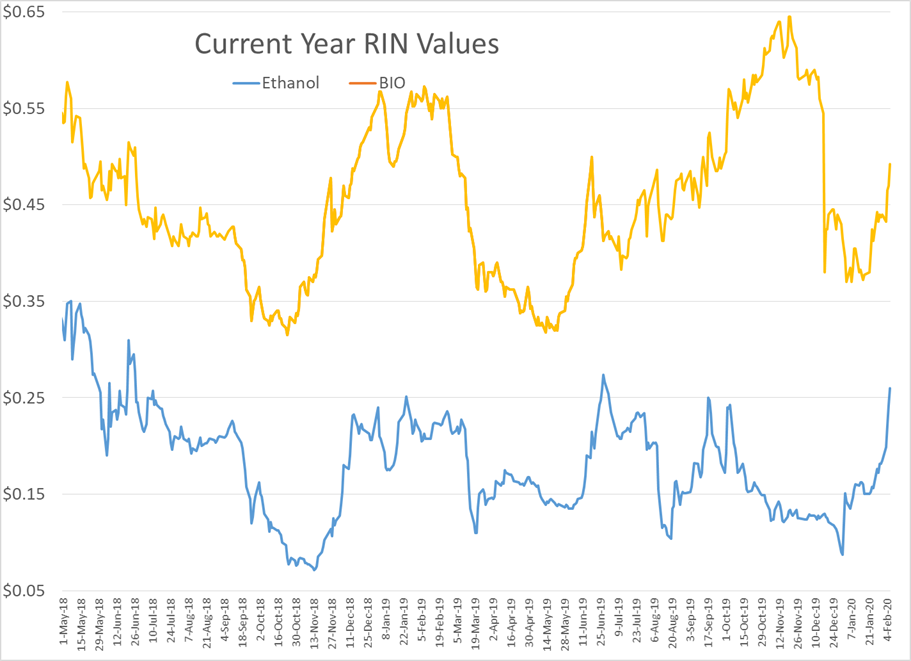