The recovery rally in energy & equity markets is taking a step backwards to start Tuesday’s trading session as recession fears seem to have crept back into the headlines after several weeks of optimism. As the charts below show, the two asset classes continue to trade in close formation on a daily, and often hourly basis.

Negative economic data seems to be the major theme driving the headlines today. The IMF sent a warning shot Monday when it lowered its global growth forecasts for 2019, and noted additional downside risks to the global economy. China reported its economy is still growing, but its rate of growth (estimated at 6.6% in 2018) was the slowest in nearly 3 decades.

More to the story? While we can’t see the Commitments of Trader data from the CFTC during the government shutdown, there are reports that the liquidation by money managers we saw during the 4th quarter price melt-down may be have been driven by poor-performing energy hedge funds closing their doors, rather than just getting out of the way. That begs the question of whether or not funds will play a lesser role in the market going forward, or if this is just the latest swing of the pendulum in a wildly cyclical marketplace.

The EIA continues to flex its federal funding this week, publishing a new report on its detailed tracking of power plant fuel inventories, including their petroleum backup supplies. Speaking of which, despite a surge in power demand from the winter storm and subsequent cold snap that’s gripped much of the country, distillate prices have not seen any notable spike, and natural gas prices are tumbling this morning, suggesting limited impact on supplies compared to previous years. 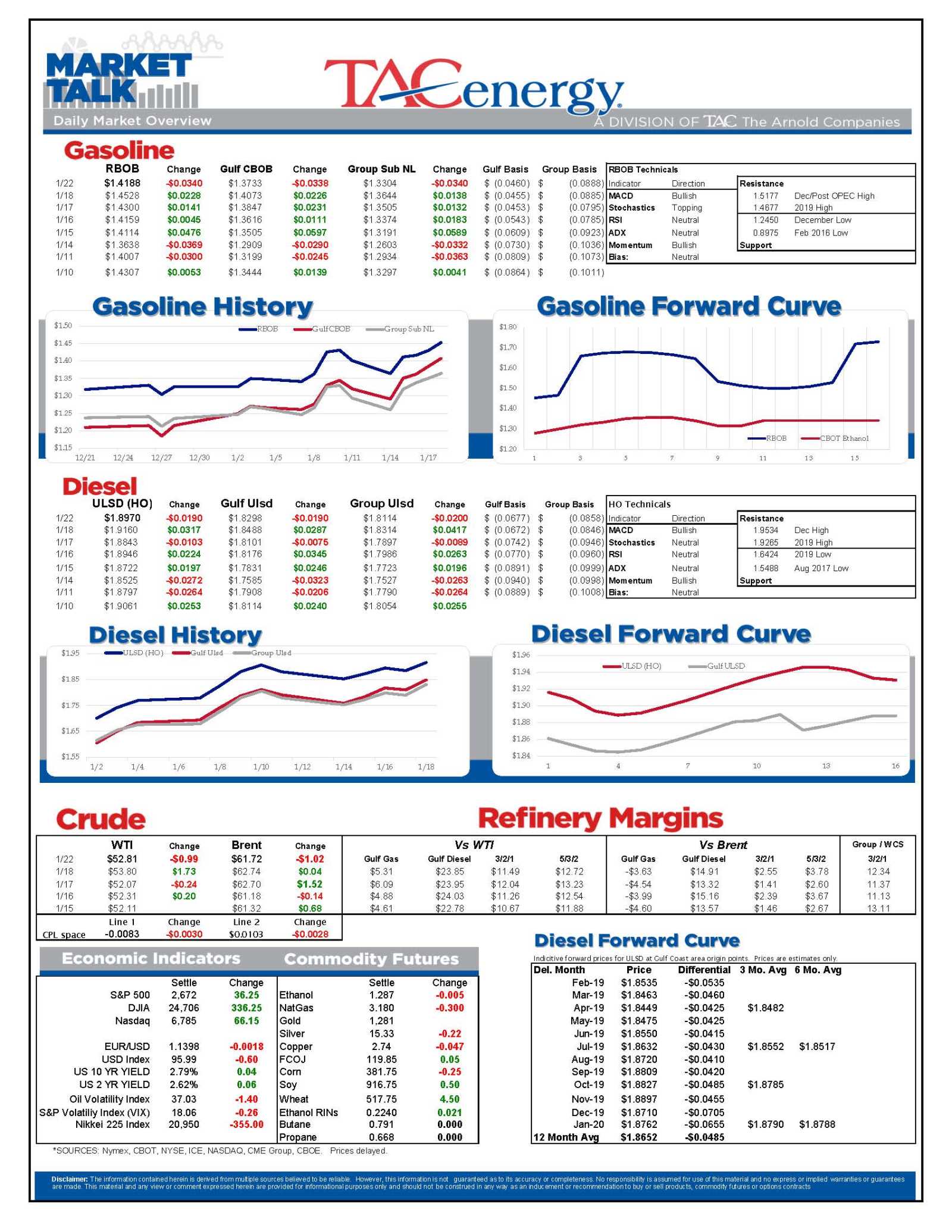 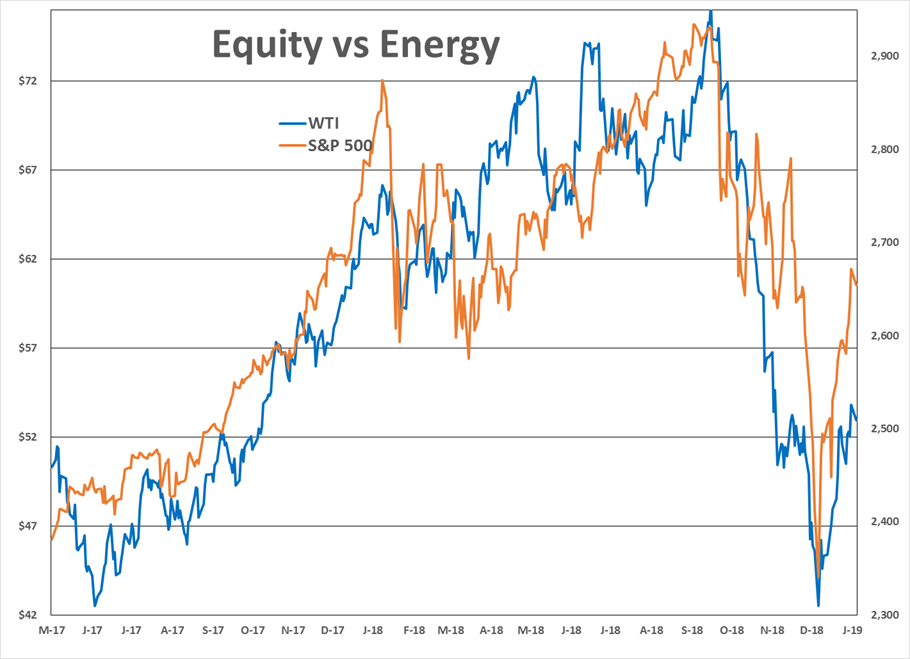 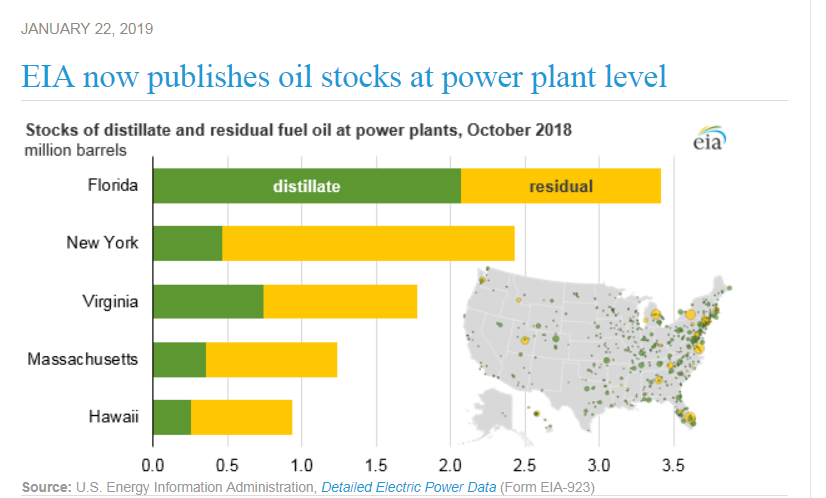