Refined fuel prices seem to be in a state of quiet confusion this morning after Tuesday saw 15 cent morning gains wiped out in the afternoon, and Wednesday saw 15 cent morning losses turn into gains. Adding the uncertainty, the DOE announced it would not be releasing its weekly status report due to system issues this week, and the White House is trying to change the rules of the game to lower prices.

Equity markets are also finding a bit of calm after a bout of volatility, but it seems unlikely that these quiet hours of trading will last for long given the daily moves in the Western World’s chess match with Russia. Germany warned that Russia’s move to cut off natural gas to European nations could spark a “Lehman effect” on the energy system, which obviously isn’t helping to calm any nerves.

The API reported a large build of 5.6 million barrels of US crude oil last week, while gasoline stocks increased by 1.2 million and diesel declined by 1.6 million. That will have to suffice for weekly inventory given the DOE’s system issues, but you might still keep an eye on prices during the originally scheduled release time of 10am central today so see if anyone forgot to train their trading robot to not try and trade around the release of the report.

Major US refiners are meeting with the White House today to discuss the supply crunch, with little expectation of progress on either side, simply because there’s not a whole lot that can be done short term to deal with a long term problem.

The National Hurricane center is tracking a potential system moving over the Atlantic this week, but gives that storm low odds of development. As is often the case early in the Atlantic Hurricane season, dust from the Sahara has been limiting development of storm systems, but forecasters note those dust plumes are dissipating which will open the door for more development in the coming weeks. 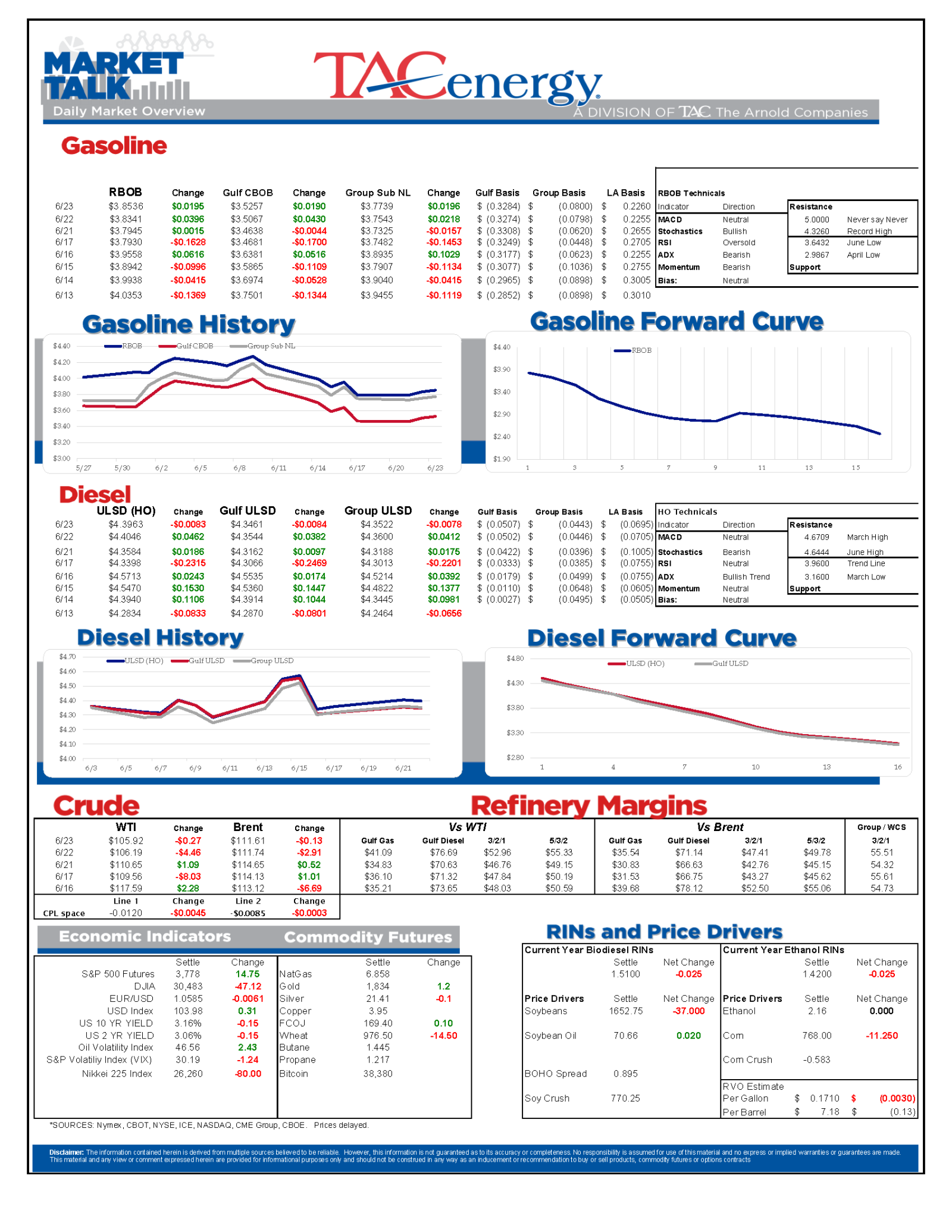 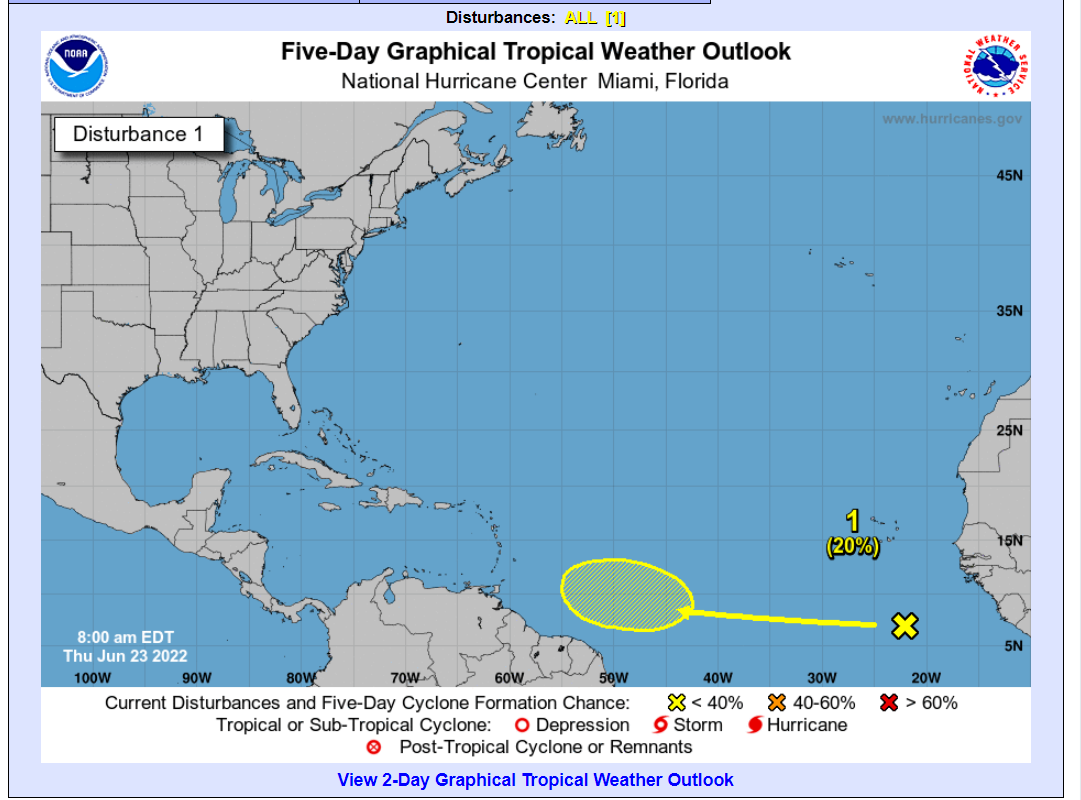