Refined products survived another trip to the technical cliff Thursday, and have rallied 16-20 cents off of yesterday’s lows.  Reports that Saudi Arabia will not be increasing output, even though the US President flew all the way there to ask nicely, are getting some of the credit for the move higher so far this morning.

That said, a Reuters report yesterday highlighted that Saudi Arabia was importing more Russian Fuel Oil – much of which previously went to Europe – which will allow it to export more of its own oil, another shining example of how the war in Ukraine has upended the normal fuel transportation routes.

After a month of heavy selling knocked more than $1/gallon off of gasoline prices, and pushed most petroleum contracts to 3-month lows, the charts are now looking to favor a period of sideways trading as traders consolidate positions.  A sustained drop below the July lows would erase that pattern and set up another 30-40 cents of downside for gasoline and diesel, while they’ll need to rally another 20-30 cents in order for the bulls to regain control.

As the forward curve charts below show, even though prices have dropped sharply in the past month, steep backwardation remains a constant theme across the petroleum complex, making efforts to resupply tight markets much less profitable, and in many cases riskier, than the prompt values suggest. 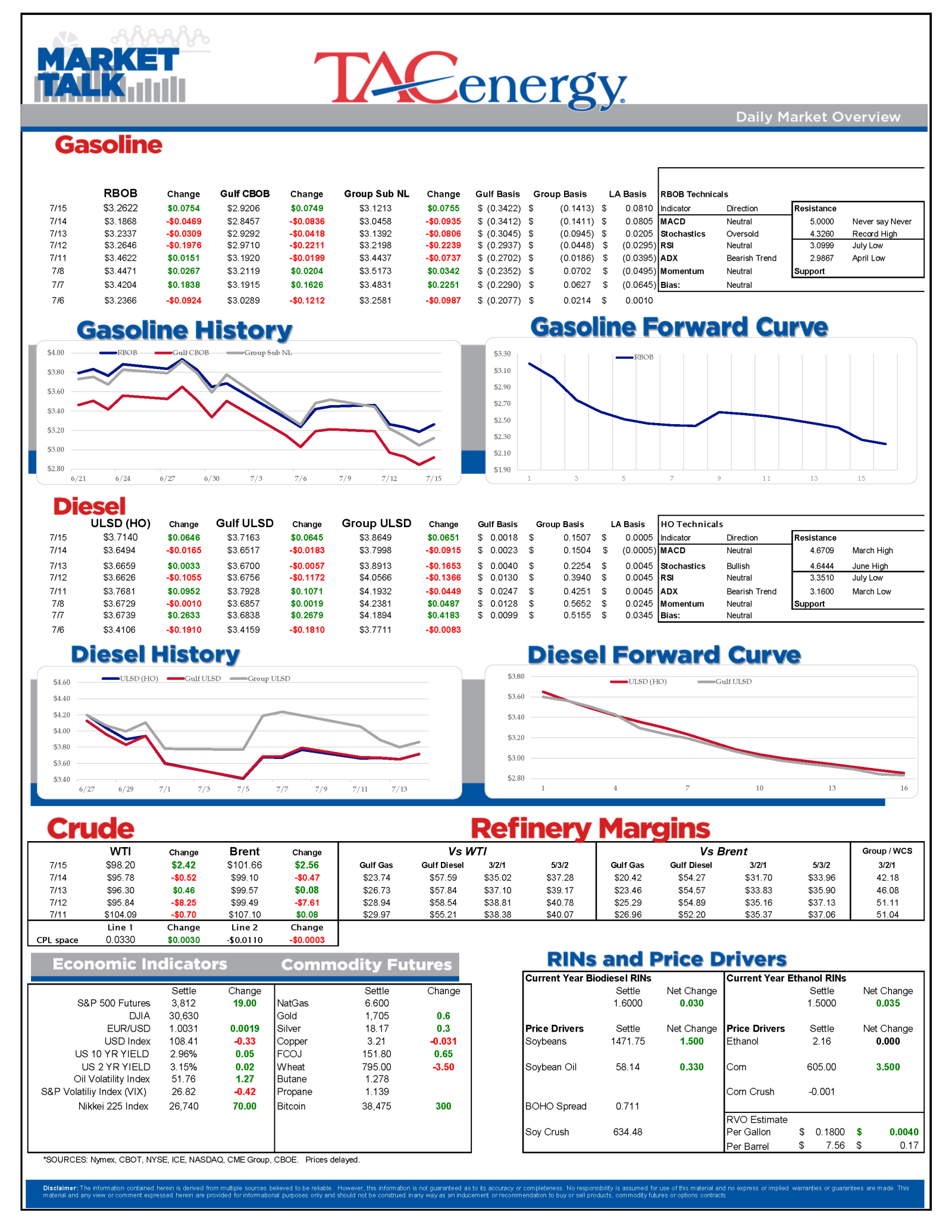