Refined product prices have dropped to their lowest levels in 4 months as fears of a slowing economy, and new tensions between the world’s two biggest economies, seem to be weighing heavily on various assets. The big drops this week have put the energy complex on the verge of a technical breakdown, but so far buyers continue to buy the dip, and keeping the chance of a continued sideways summer trading pattern intact.

Monday’s ISM Manufacturing survey got some of the credit for the big selloff in energy prices.  Even though the survey showed that manufacturing in the US continued to grow, the pace was the slowest in 2 years, despite strong growth in energy production. The survey also suggested that post pandemic inventory restocking was winding down, which is likely to weigh on purchasing in the coming months. Right on cue, a Reuters article this morning notes that the country’s largest warehouse market is running out of room as consumer purchasing slows and inventories swell.

Retail fuel prices are set to continue dropping, and will soon be $1/gallon less than their June peak, which will be a key component to inflation readings decreasing. Perhaps the big question for the US economy, and energy prices for the rest of the year, is whether or not that drop in retail prices is enough to keep consumers from tightening their purse strings any further.

Diesel futures are potentially setting up a bearish descending triangle pattern on the charts, with a floor just below the $3.30 mark that could lead to a drop below $3 in the next few weeks should it break. Given the lack of diesel supplies globally, it’s hard to imagine this chart pattern could trump fundamentals, but relatively weak basis values across large parts of the US suggest we’re seeing at least a temporary reprieve in most of the inventory shortages, now we’ll just have to see if that lasts through the hurricane and harvest seasons.

The price to lease space on Colonial pipeline’s main gasoline line reached a 7.5 high this week as shippers race to take advantage of the huge premiums for gasoline in NY Harbor vs the US Gulf Coast. These premiums are yet another reminder of how the world’s supply and transportation network has been upended in recent months, after years of Colonial’s main line being unallocated and space trading for negative values since Europe was able to supply the excess gasoline consumed on the US East Coast. The forward price curve suggests the double digit premiums for line space will be short lived, but values could stay positive through the winter as that’s typically the strongest time of year as producers need to find new homes for their gasoline. 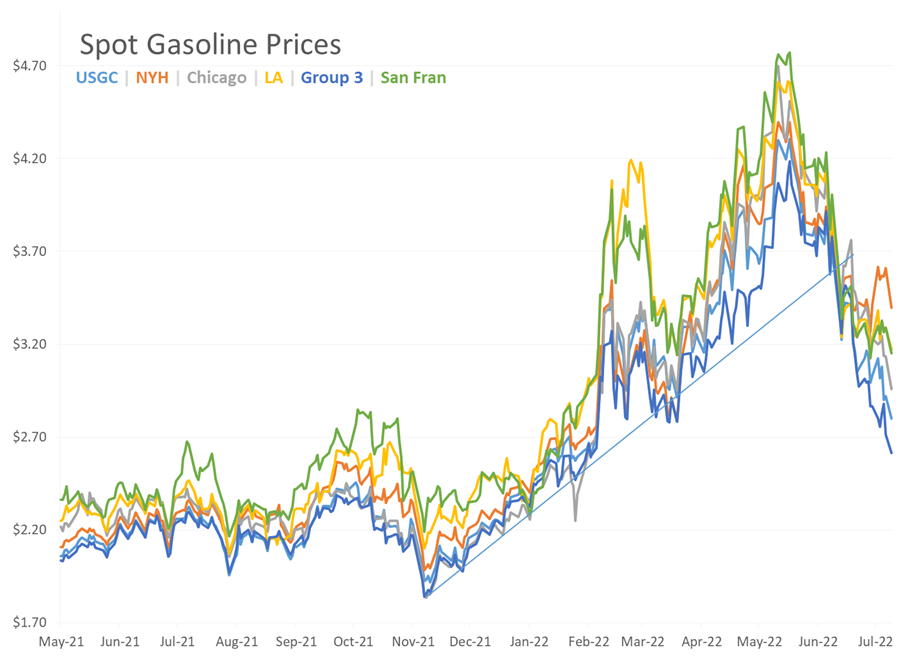 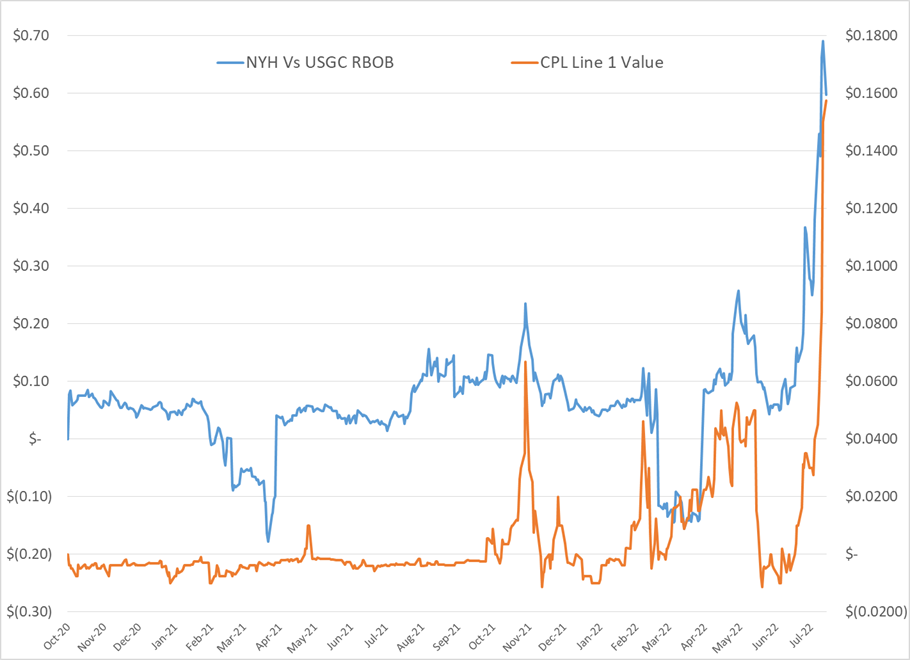