The DOE’s weekly status report threw some cold water on the energy price rally Wednesday, knocking refined product prices back from multi-year highs. Disappointing demand estimates seemed to be the driver behind the selling that took place following the report, while a large draw in crude oil stocks looks temporary due to a surge in exports (that reached a 13 month high) and a large drop in imports that accounted for more than 20 million barrels of crude not hitting US stockpiles last week.

Although the momentum may have been lost, the pullback in prices has been minor, which suggests that we’re just seeing a round of profit taking rather than a change in trend.

Ethanol prices in the Chicago trading hub broke above $2/gallon 3 weeks ago, and then broke $2.50 yesterday as the grain-fueled rally has gone parabolic, adding 20 cents in just 3 days so far this week. China continues to buy record amounts of US ethanol, which is adding to the bullish frenzy in the market that’s becoming akin to the run-up in prices in 2008 when supply for diesel and crude oil struggled to keep up with export demand. As this rapid run-up in prices makes its way beyond the limited scope of wholesale fuel prices and into your grocery store, expect the debate of food vs fuel to heat up again, along with concerns about inflation across all aspects of the global supply chain. Ethanol production ticked up last week, helping US ethanol inventories to rise for the first time in 6 weeks according to the DOE report.

RIN prices are following closely on the heels of ethanol prices, casually adding another 3-4 cents to their all-time highs Wednesday and bringing the weekly gains to 15 cents. At this point, there seems to be little standing in the way of prices continuing to run higher, but the extreme nature of these moves suggests that the drop will be spectacular whenever it finally happens. One warning sign for the bio-bulls: time spreads on crops are expanding their backwardation, suggesting this supply squeeze will end with the new crop.

The Marathon refinery in Texas City leaked hydrofluoric acid Tuesday, which sent two workers to the hospital, and is sure to drum up more debate about the use of controversial use of those dangerous chemicals in refinery operations. The plant, which is one of the largest in the country and has been struggling to return to normal operations since the polar plunge in February, is no stranger to controversy, as it faced one of the deadliest explosions in the history of the industry when it was known as the BP Texas City refinery back in 2005.

A power outage in the panhandle of TX knocked the P66 Borger refinery offline Wednesday, which promises to keep racks in the region tight, just as they’ve been for the past two months. 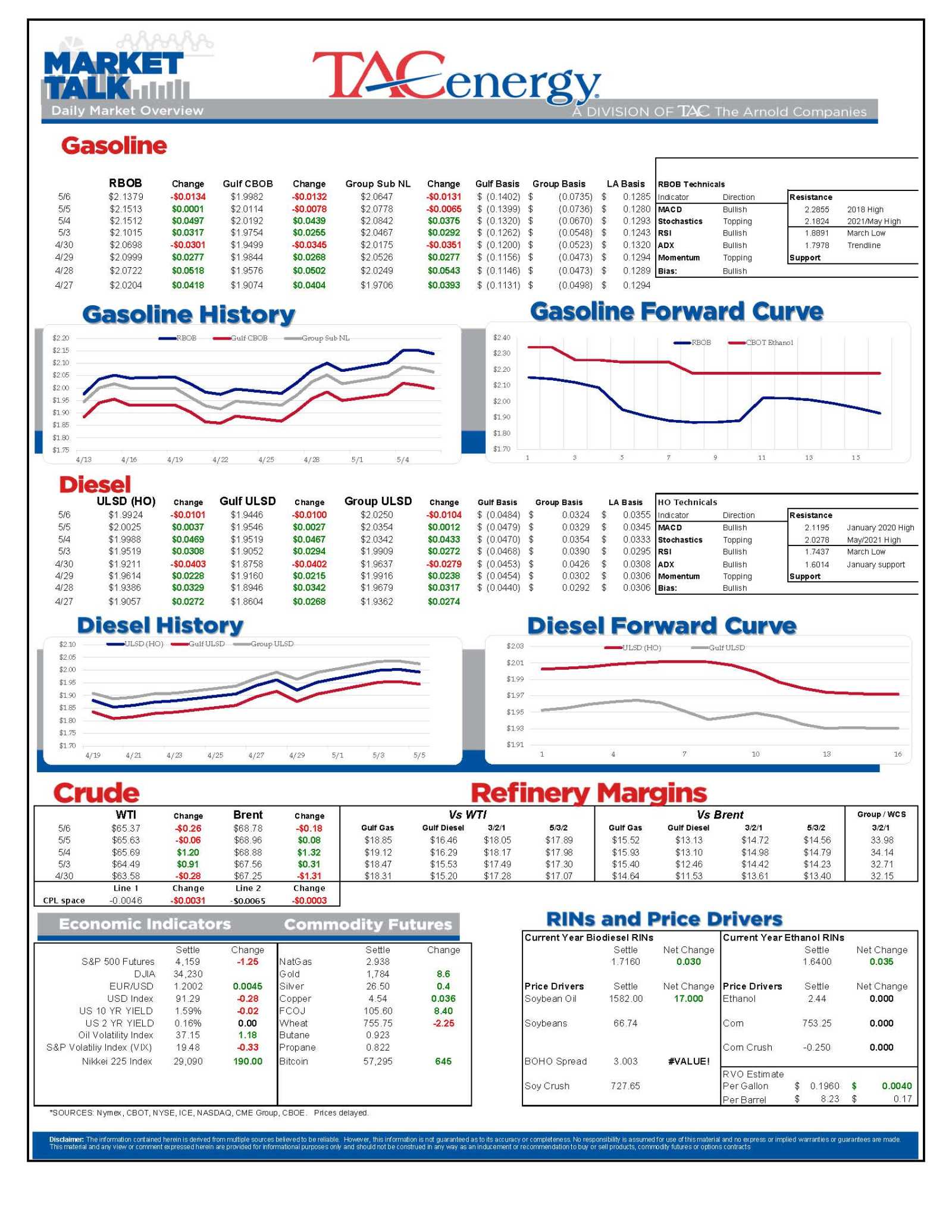 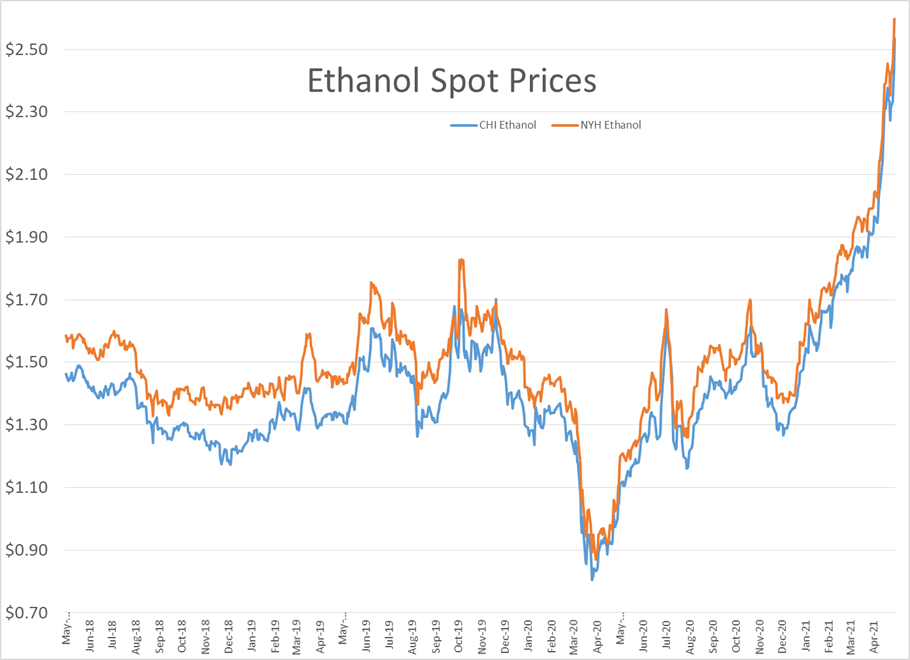 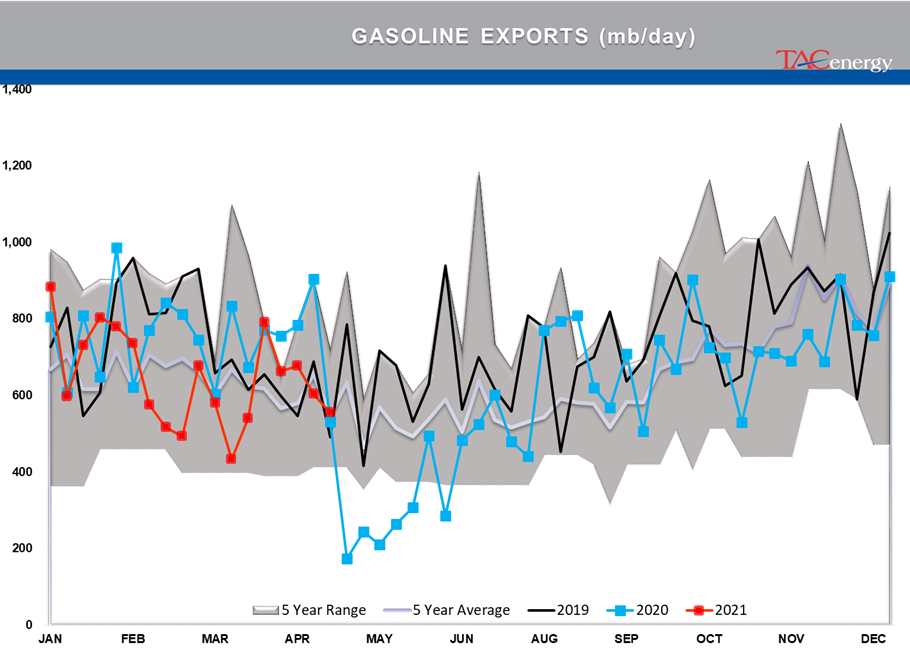