The Russian rollercoaster continues this week as refined products bounced 8-10 cents off of their Monday lows to reach fresh 7 year highs, only to drop 8-10 cents this morning as the market tries to guess whether or not there will be an invasion of Ukraine. Reports overnight that Russia had moved some troops back from the border are getting credit for the big selloff in petroleum (and the big rally in stocks) while other reports suggest that an invasion is still likely and NATO’s leadership suggests it has not yet seen real signs of de-escalation.

On the weekly charts today’s drop barely registers, with both RBOB and ULSD futures down just a couple of cents for the week so far thanks to yesterday’s late rally, keeping the bullish trend line intact. We’ll need to see another 7-8 cents of losses before that trend breaks – which it will at some point – and opens the door for a quick 20 cent drop. In the meantime, if prices hold again like we saw early last week, this selloff just helps to cure the overbought technical condition and paves the way for a continued rally that will have refined products north of $3 and crude north of $100.

More bad news for ethanol? While the EPA is reviewing the RFS, a new study released Monday suggests that ethanol may be notably worse for the environment than gasoline. The study argues that previous reports from the USDA fail to recognize the negative impact of land use changes to create more ethanol. Not surprisingly, that study was quickly refuted by biofuel groups. Ethanol and RIN prices didn’t seem to react much to the report, as it’s unlikely any congressional changes will be made in the near future. 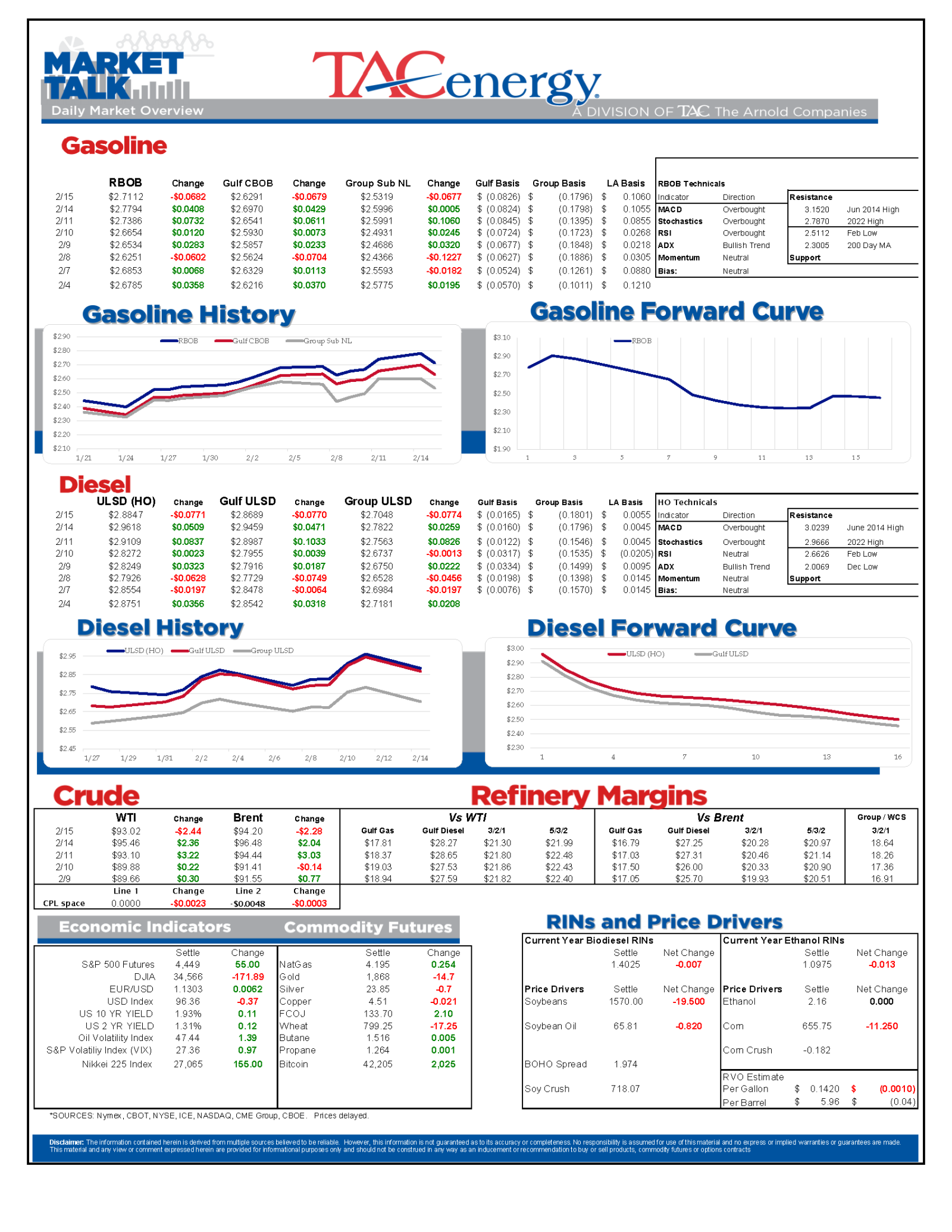 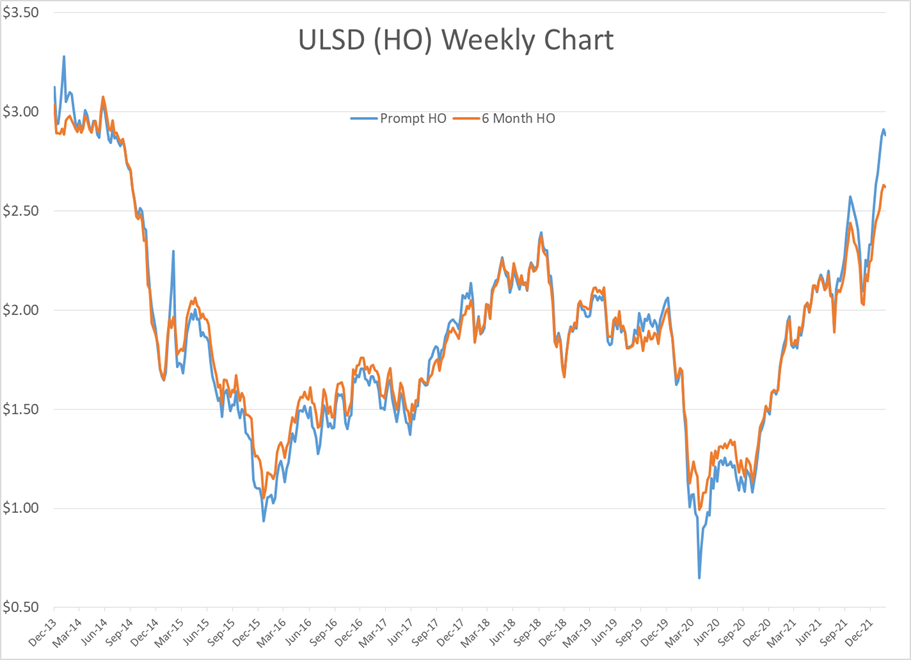 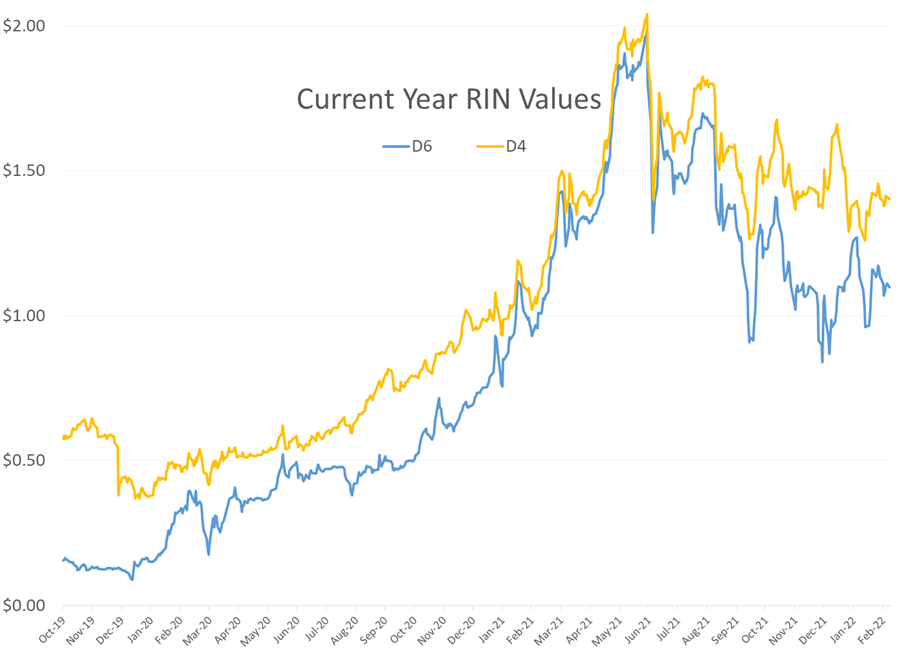