Refineries Operate Through The Storm

Sally made landfall as a Category 2 hurricane at around 7 a.m. CDT this morning. As its path shifted further eastward, both Chevron’s Pascagoula refinery and Shell’s Saraland refinery decided to continue operating through the storm. While Sally is expected to cause wind damage and flooding to areas that are directly hit, for now it seems the impact to energy infrastructure will be minimal.

There are two more new named storms churning out in the Atlantic: Hurricane Teddy and Tropical Storm Vicky both look to be content to exhaust themselves out at sea. However, a disturbance in the Gulf given a 40 percent chance of cyclonic formation will be watched over the next couple days.

Crude oil futures are leading the way this morning, up 2 percent so far on the day with prompt month gas and diesel contracts up around 1.25 percent. Big numbers from the American Petroleum Institute seem to be taking the credit for this morning’s rally. The API estimates a crude oil draw of 9.5 million barrels last week, likely due to Gulf Coast refinery restarts after Hurricane Laura passed through.

Prompt month RB and HO contracts have almost completely recovered the rout they suffered back on 9/8. With about three cents left to climb, both refined products benchmarks are within striking distance of invalidating a bearish chart pattern than has been forming for the past four to five months. A confirmation of the Institute’s estimated crude draw by the Department of Energy’s report (due out 9:30 a.m. CDT) could be enough to push gas and diesel over that last hurdle. 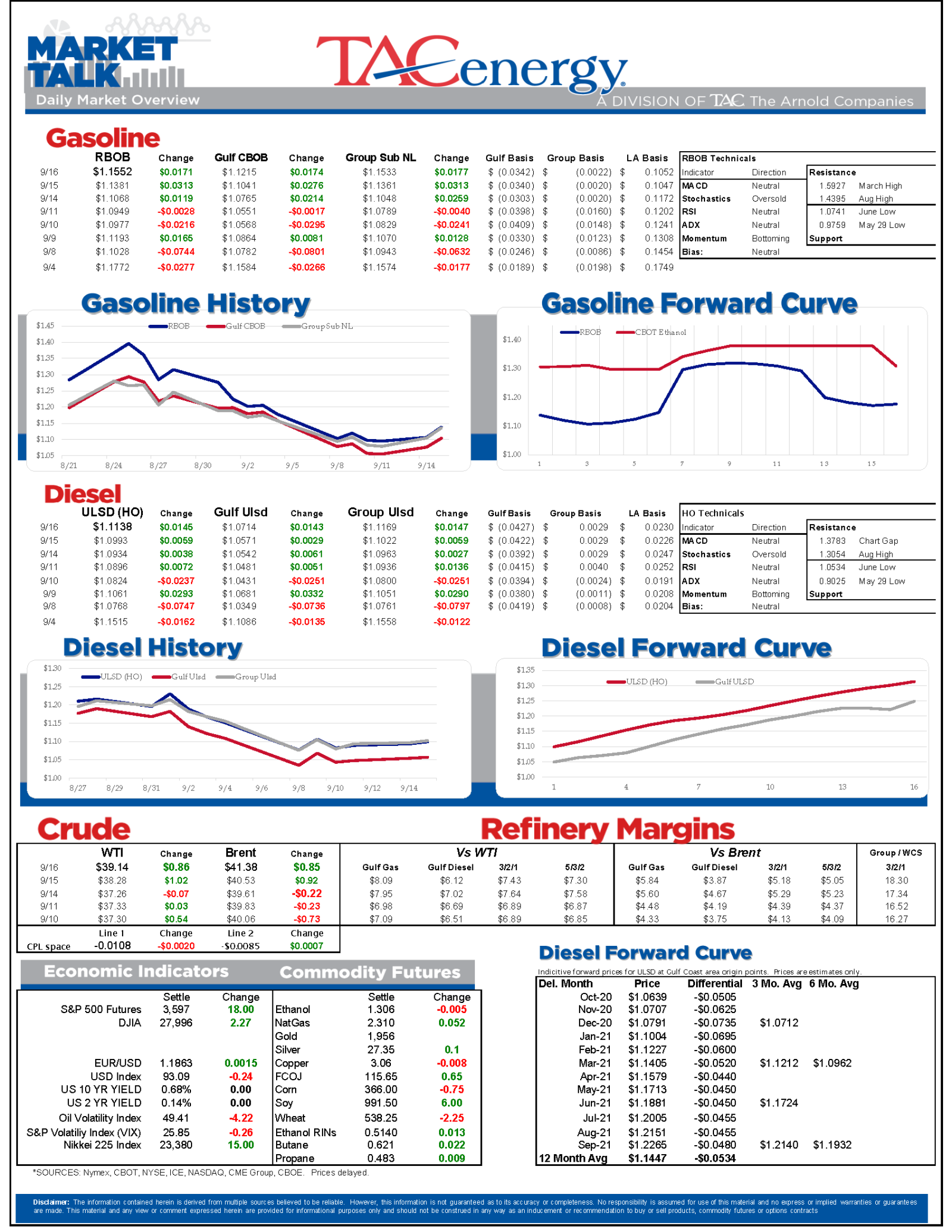 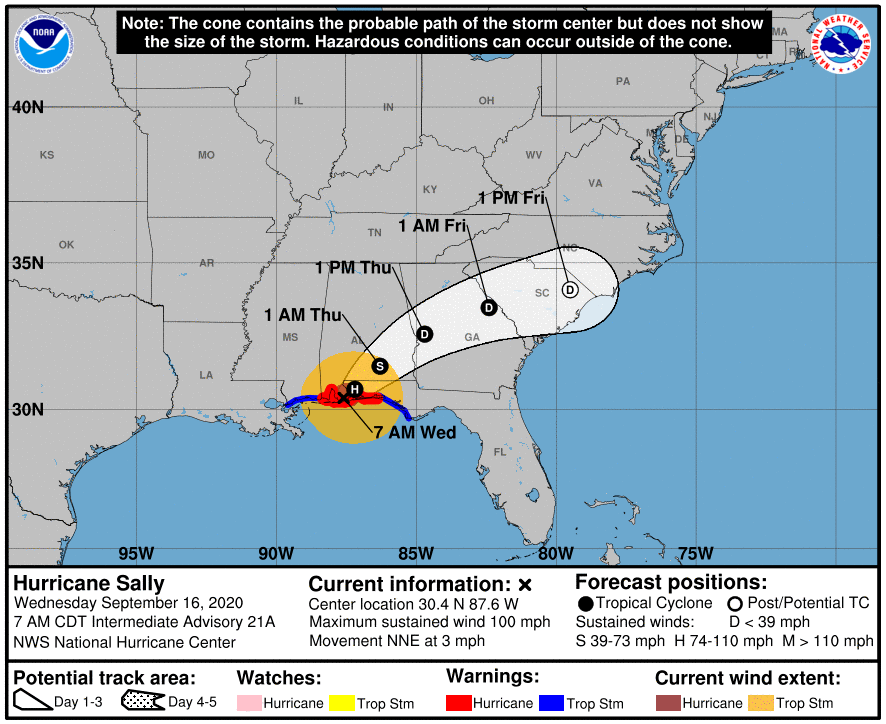 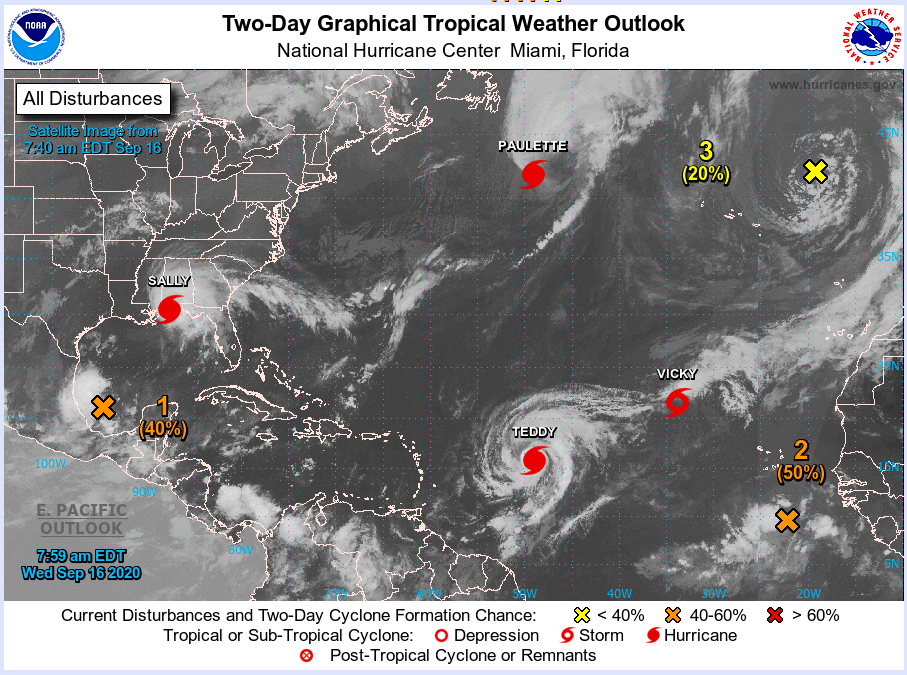