Risk Has Gone Out Of Style

Risk has gone out of style after the FED painted a gloomy outlook for the U.S. economy Wednesday, and the dreaded second wave of COVID-19 cases appears to be upon us. The early selling in energy and equity markets is the largest in a month, and will break the upward trends in both asset classes if it lasts through the day. Assuming the bullish trend-lines break this week, the charts suggest we will see refined products test the $1 mark in the back half of the month.

The DOE weekly report set several new all-time high inventory records, even as demand showed signs of continued recovery. Surging imports accounted for the build in crude oil stocks – as expected based on the Saudi Armada reports – and the EIA made an adjustment to its crude oil output estimates, acknowledging that the weekly reports have been understating production cuts. Even after that adjustment, the “unaccounted for” crude oil number was more than 900,000 barrels/day negative, suggesting the agency still has some work to do to catch up with the reality in the field.

Diesel demand finally saw a large recovery bounce last week, rising 21 percent as the annual post-Memorial Day demand lull seems to have passed. Despite that bounce in consumption, diesel demand is still one million barrels/day (roughly 25 percent) less than it would normally would be, and inventories continued to build, reaching their highest levels since 1982.

It’s a similar story for gasoline as demand saw another healthy increase, but total consumption remains nearly two million barrels/day (~20 percent) below where it should be this time of year, and inventories increased as refineries increased production for a fourth straight week.

We’re finally learning about the winners from WTI’s April meltdown. Bloomberg is reporting that the great vampire squid Goldman Sachs has seen huge profits from its oil trading desk due to the spike in volatility this year. Meanwhile, regulations that attempted to keep banks from manipulating markets after they were bailed out a decade ago continue to negatively limit the trading that industry firms trying to hedge their positions can partake in. 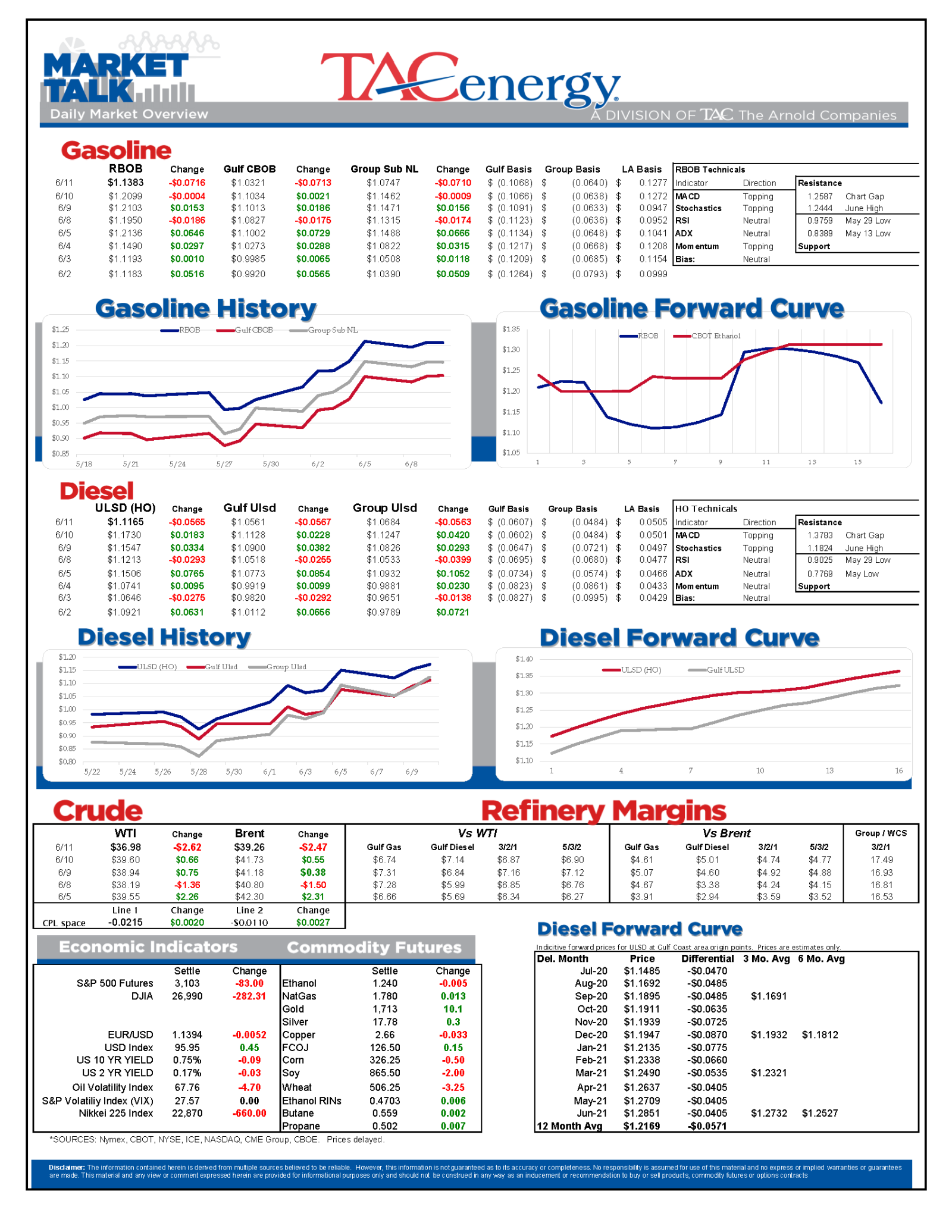 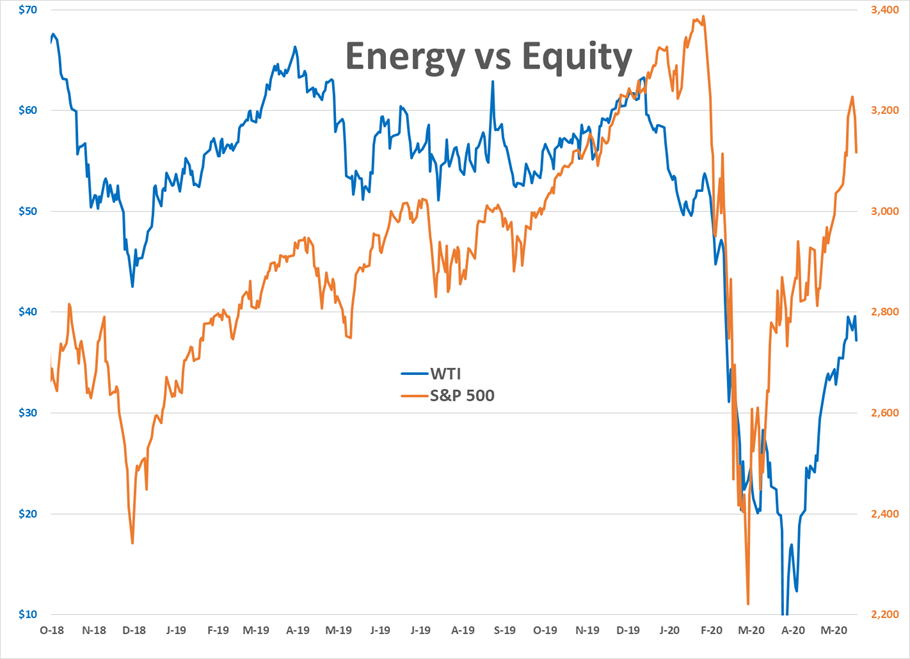 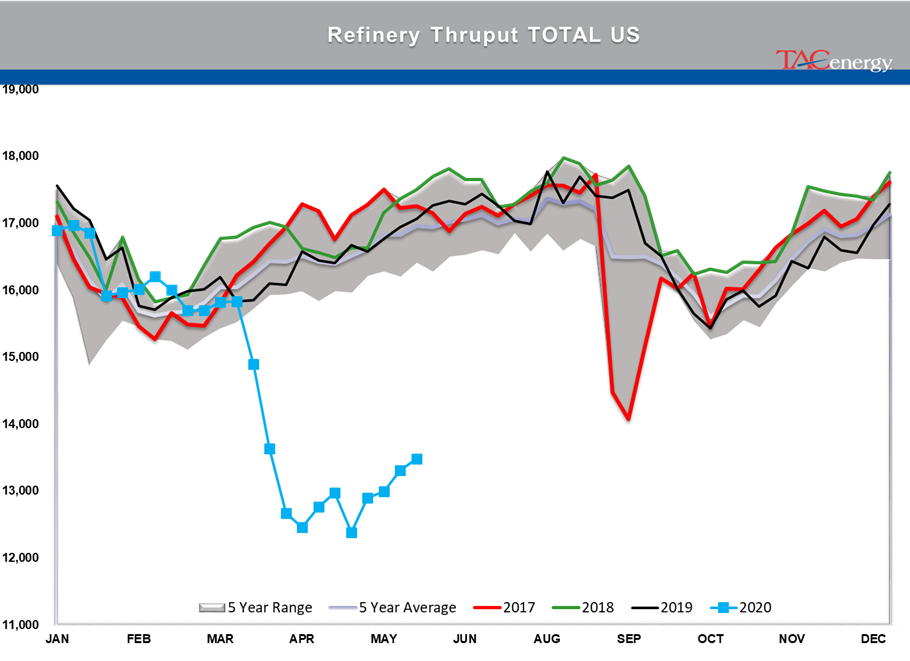