Roiling Markets Around The Globe

A big Thursday reversal saw an 8 cent bounce from an early selloff in refined products, which pushed ULSD and crude prices to fresh 3 year highs. Government intervention, or the lack of in some cases, is the theme of the week roiling markets around the globe. The US government seems to have gotten out of its own way to avoid the latest debt ceiling stand-off, but remains gridlocked on longer term spending & tax bills, not to mention the RFS rulings that are already almost a year overdue.

The big story Thursday was the Chinese government has reportedly ordered energy companies to secure supplies “at all costs” this winter, reminding many market veterans of a similar plan that helped oil prices reach record highs 14 years ago.  Here’s the cliff notes:

2008: Beijing hosts Olympics: Chinese government mandates fuel suppliers stock up ahead of the games to ensure no outages on the world stage. WTI reaches $147 and ULSD surpasses $4 in the months leading up to the games….before crashing to $32 and $1 later in the year as the world financial markets get hammered by housing & banking crisis, and Chinese suppliers stop their artificial purchases.

Does this mean we’re in for another record high in oil and diesel prices? Some options traders are definitely betting that way as $200 call options on Brent have been trading this week.

Three big reasons why this time the Chinese fuel hoarding will be different than the last time, and why $200 (or even $100) seems like a stretch:

Second, international spectators won’t be allowed at the games due to COVID, so the desire to window dress for millions of spectators may be substantially less than it was 14 years ago.

Third, most of the globe is still dealing with a refining capacity overhang, meaning that if prices continue to rally there will be an incentive to figure out a way to get oil or diesel on a boat and make money to solve the problem, and perhaps offer a life line to those refiners who have been contemplating shutting their doors.

Of course, we’ve seen plenty of evidence this year that turning spare capacity back on isn’t like flipping a switch, and logistical hurdles mean new supplies will take at least months to come back online. Here too the government intervention may get in the way as US drillers already struggling with worker shortages (like just about every other industry these days) are concerned that things could get much worse if vaccine mandates are passed.

While the China story earned much of the credit for the big price bounce on the day, it seems that another big rally in RIN prices may have been more of a factor as refined products outpaced crude gains on the day by a wide margin. There is still no official word from the EPA or the White House on the RVOs, and each day that passes without an update seems to be giving the market more confidence that the numbers “leaked” last week were fake. 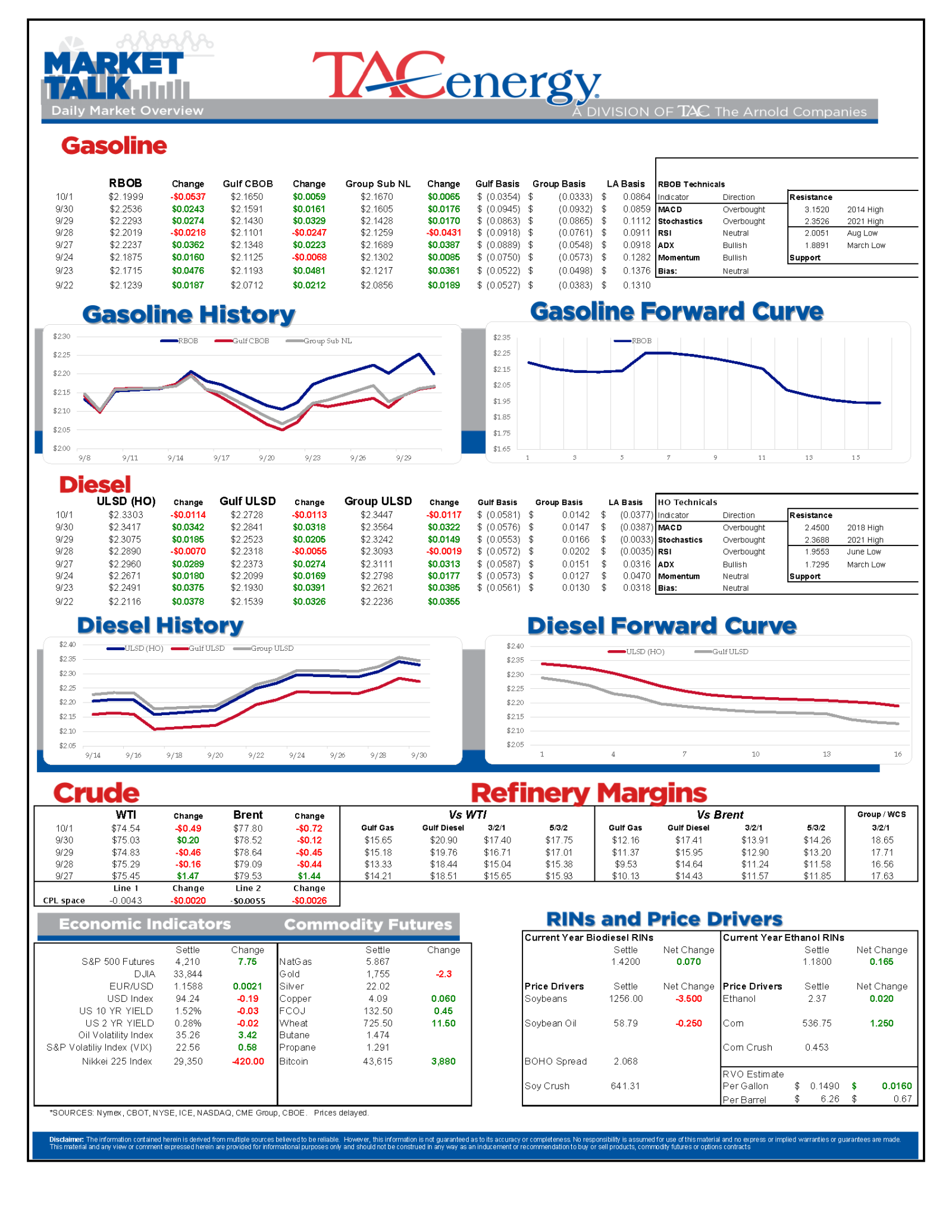 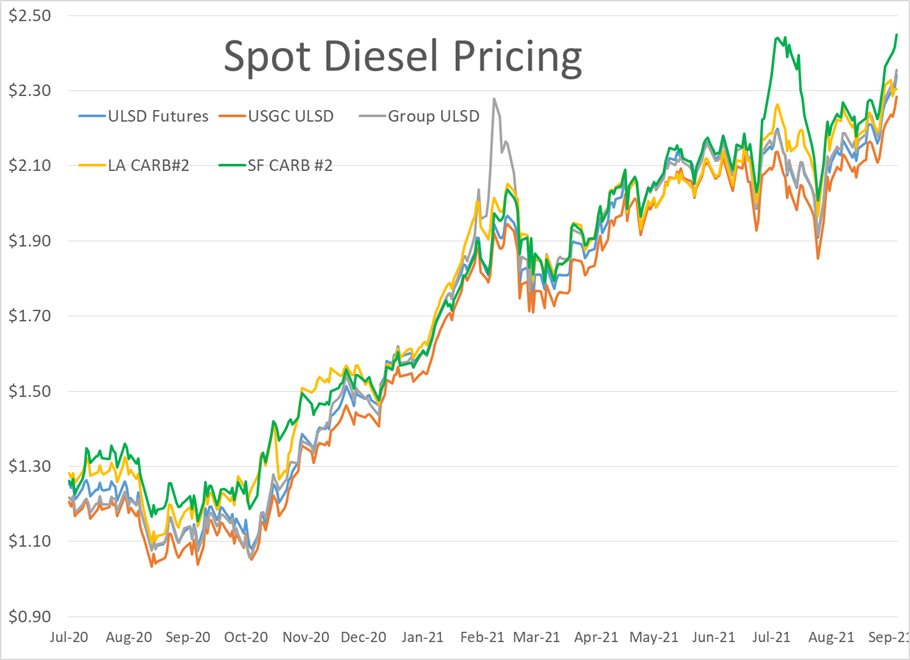 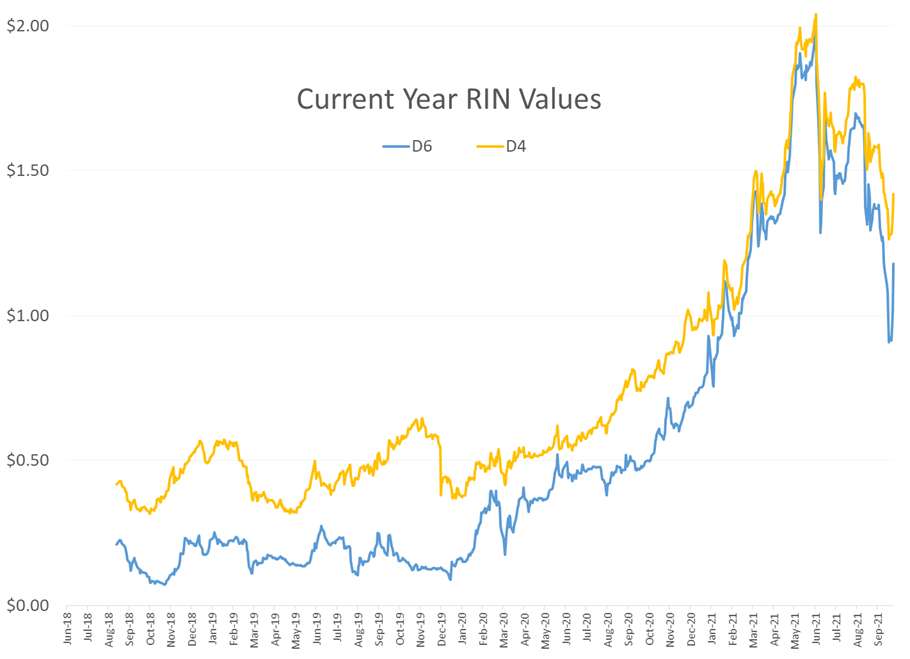