We’re seeing a 7th straight day of heavy selling in energy futures, a streak that’s knocked 28 cents off of gasoline prices, and 18 cents for diesel after the bull trend that lasted nearly 9 months finally broke. The volume and consistency of the selling suggests that we’re witnessing a strong liquidation from large speculators who had recently increased their bets on higher prices to multi-year highs, and are now licking their wounds.

Next stop on the charts looks to be the March lows some 10-15 cents below current values, but it’s rare for these contracts to go 1 direction this long so there’s a good chance we could see a bounce before the downtrend continues. It’s worth noting that the October RBOB contract, which is winter-grade, already traded down to within 30 points of the March lows this morning.

What about Bob? It’s been 30 years since a Hurricane hit New England, and it looks like Henri is going to be the latest since Bob to do so. Current models have the storm making a direct hit on Providence RI Sunday afternoon as a category 1 storm. Expect port traffic to start being impacted Saturday unless the storm’s path shifts back out to sea today. The big question for fuel supply will be if any of the terminals in the area sustain major damage, and you can expect terminal operators to shut down loading well ahead of landfall to preserve tank integrity by keeping the inventory in those tanks, if the current path holds. If terminals can avoid infrastructure damage this event will probably disrupt supply for a couple of days, not a couple of weeks.  Side note for historians (or Mark Wahlberg fans) 1991 not only brought the region’s last hurricane landfall, it also brought the Perfect Storm later that year.

After lagging the action for the early days of the selloff, RINs decided to make up some ground in a hurry the past 2 days, dropping nearly 10 cents in Thursday’s session, and falling another 10 cents already this morning. Usually when we see this big of a move in RINs, there’s a story from Washington about a change in the RFS driving the action. Not this time.  Instead there was talk in the market that a large refiner that would normally be a RIN buyer was suddenly selling large quantities of RINs, helping to drive the big drop. In a separate story, Marathon announced it was partnering with ADM to provide feedstocks for the company’s increasing number renewable diesel production facilities. 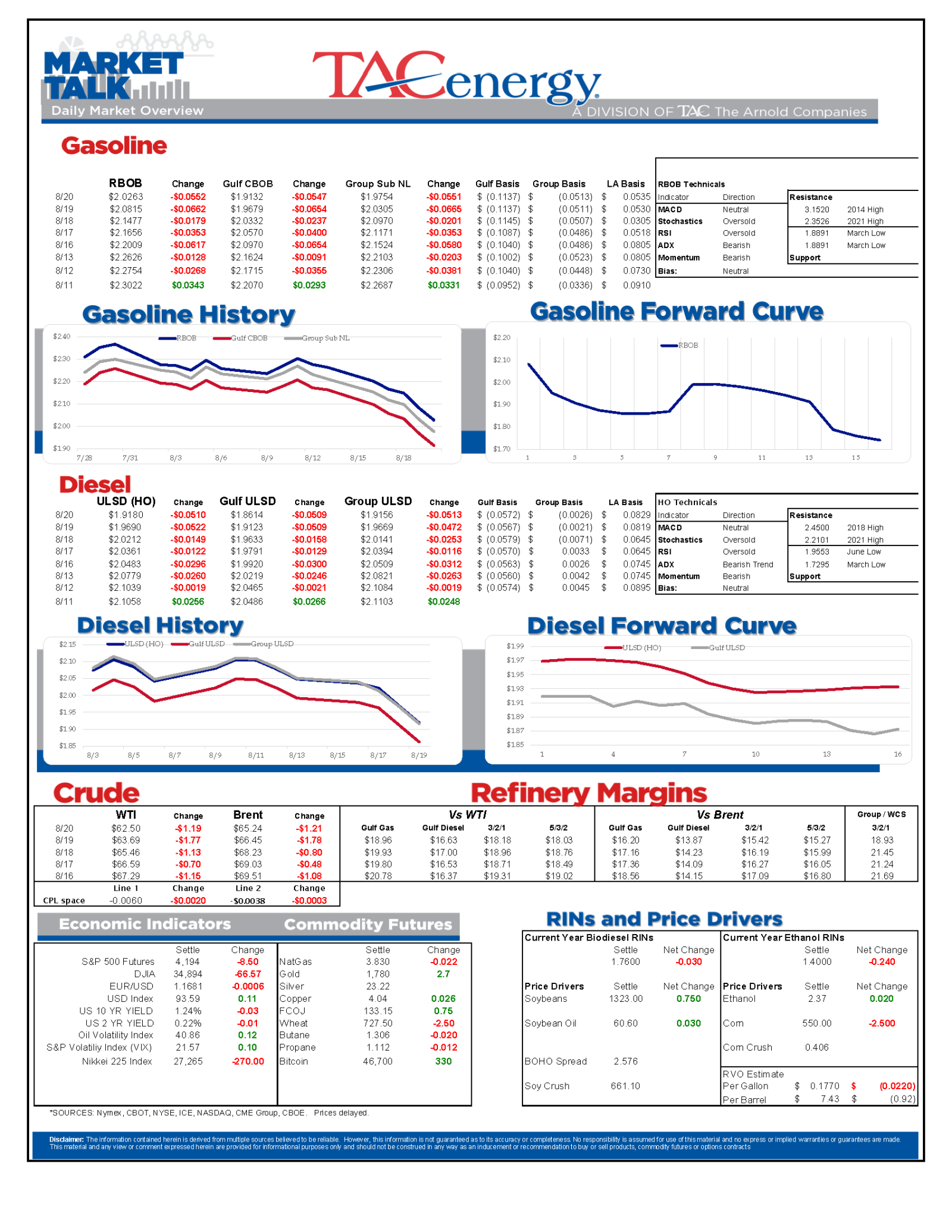 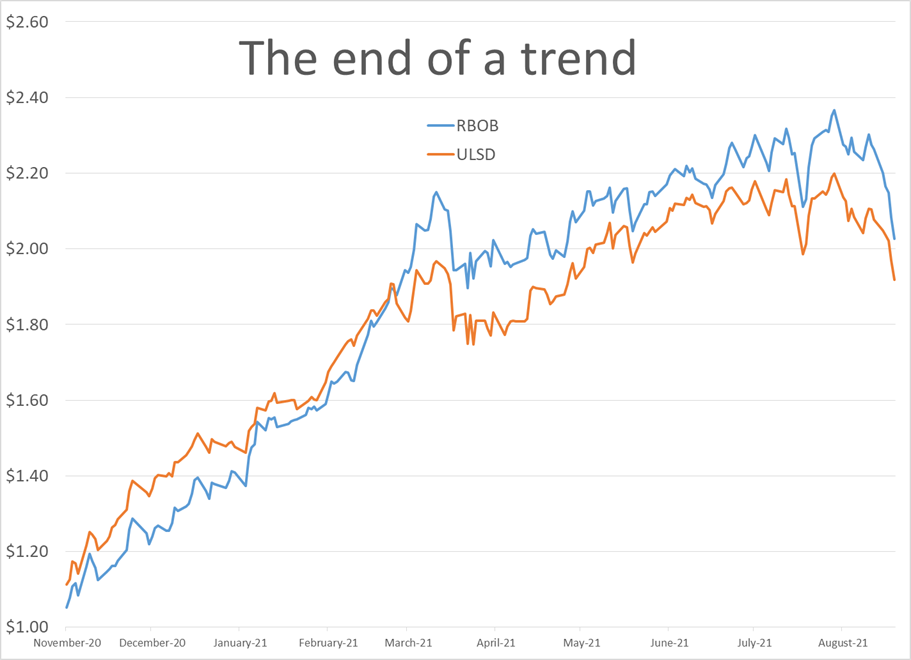 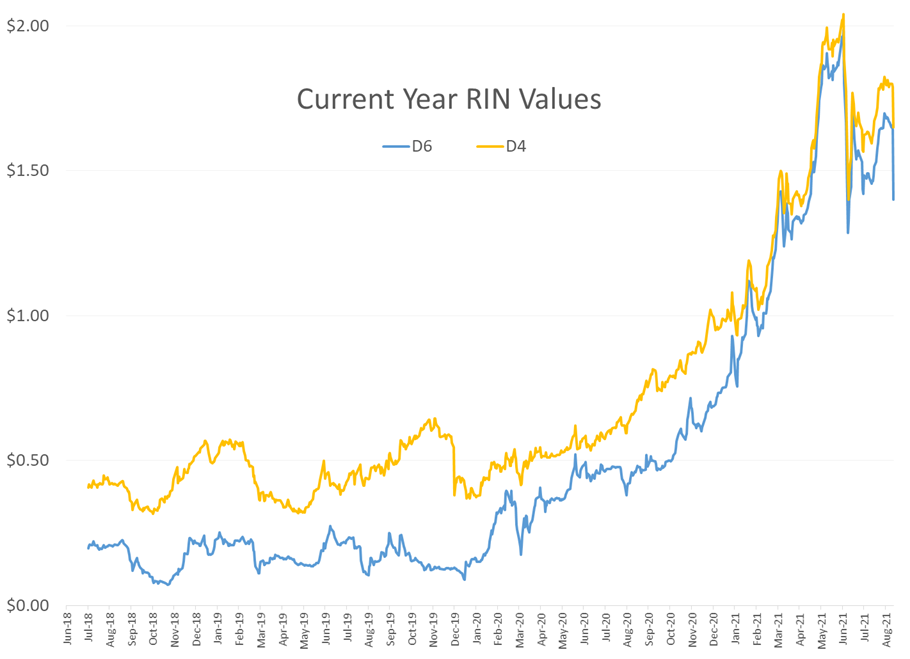