For the 2nd day in a row, attacks on Saudi oil infrastructure have energy futures rallying overnight. Monday saw the early gains wiped out and most contracts finish the day lower as tumbling stock markets over-rode concerns of a military conflict near the world’s most important choke-point for oil deliveries after 2 Saudi oil tankers were sabotaged Sunday. The new reports are that explosive-laden drones attacked 2 pipeline pumping stations in Saudi Arabia, forcing a temporary closure of the East-West pipeline system to assess damage. That pipeline system has a capacity of roughly 5 million barrels/day, and was built to offer an export alternative to shipping through the Strait of Hormuz.

Speaking of which, there are many more questions than answers surrounding Sunday’s sabotage attacks. It’s still unclear what exactly happened or how the ships were damaged, let alone who committed the acts. A Bloomberg note suggests that whatever it was, it’s minor compared to issues in the past that failed to stop shipping in the Strait of Hormuz, so we shouldn’t get too worked up by this somewhat mysterious event. Based on the 8 cent reversal we saw in refined products Monday, it seems the market tended to agree with that sentiment.

As for the trade-war, the tit-for-tat tariff cycle seems to be continuing for now, with the US preparing a new list of taxes to impose following China’s list released Monday. US Stock markets had their worst day since January following the announcement, but seem to have stabilized overnight as there are still plans for the US & Chinese presidents to meet at the upcoming G20 conference. Speaking of January, the chart below shows that there has been a clear increase in volatility over the past few trading sessions for both equity & energy prices, but we are still well-below the swings that we saw from November-January. The big question for May now seems to be if cooler heads will prevail in the two “wars” or if we’re destined to see another real spike in volatility soon. 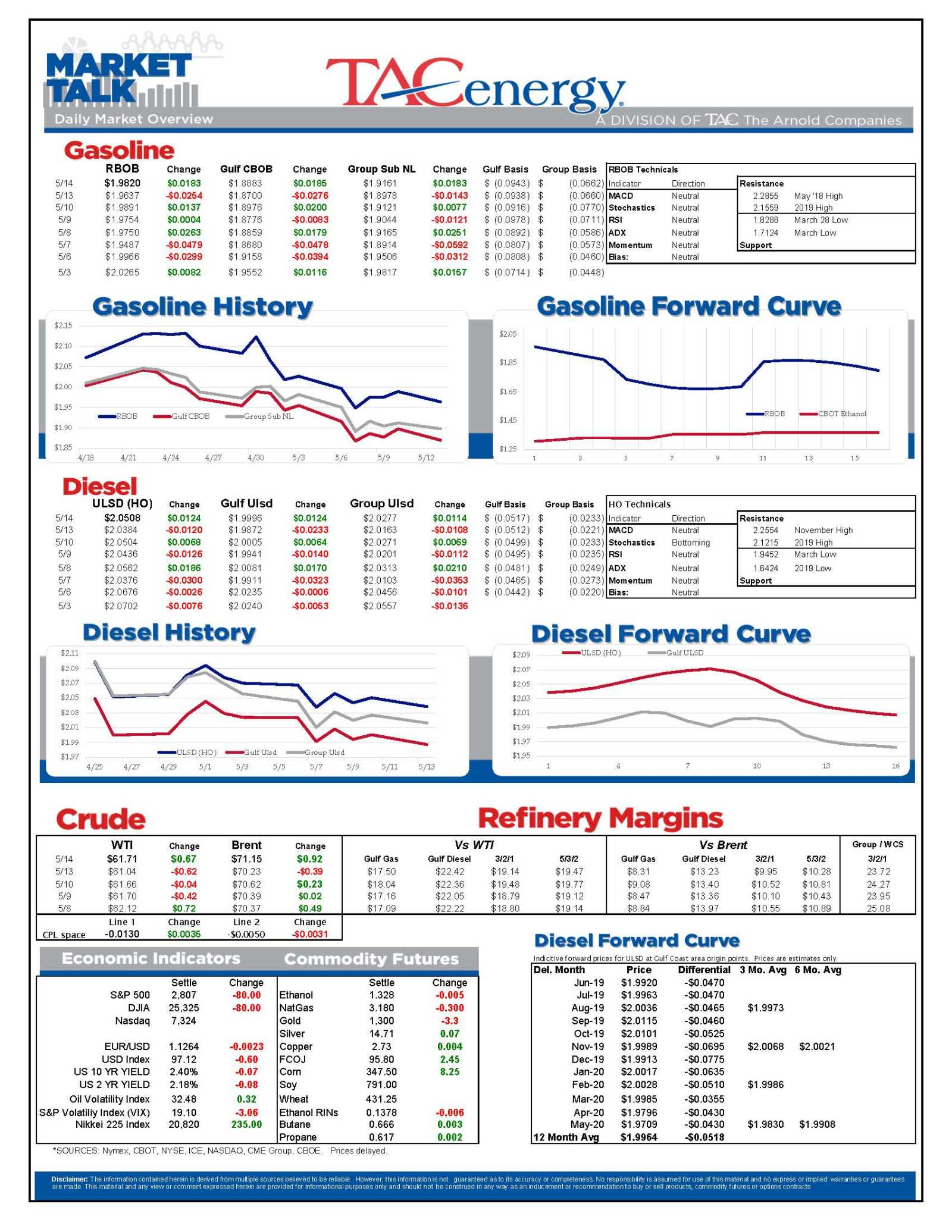 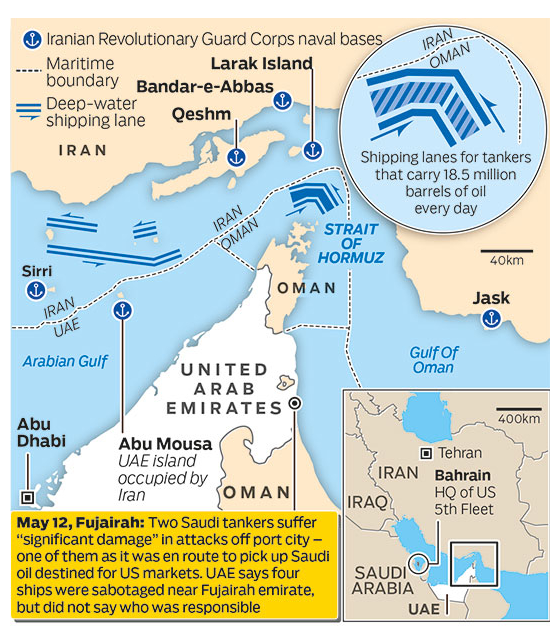 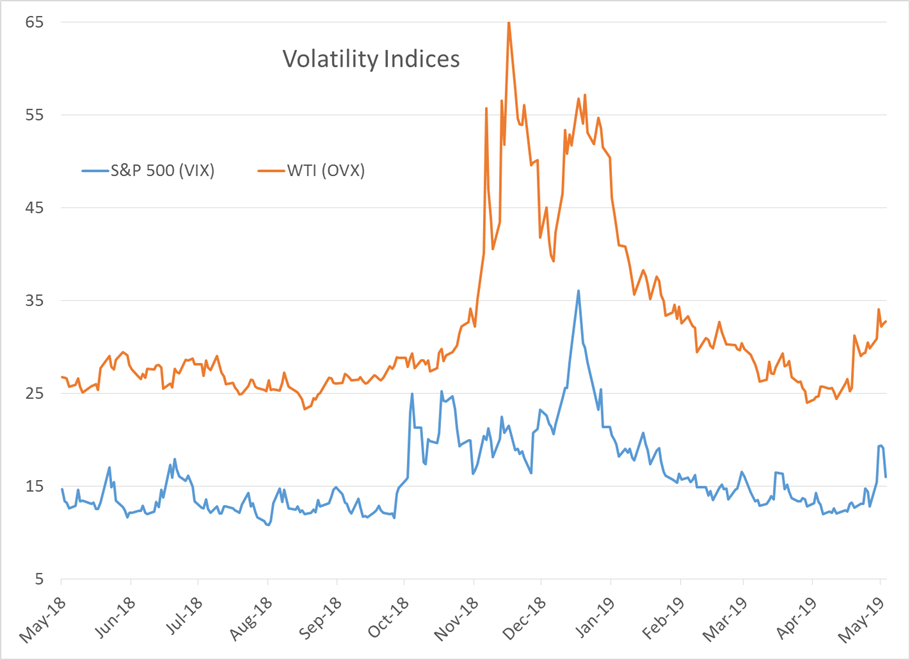