Energy and equity markets are giving back most of Monday’s gains in the early going Tuesday as shutdown pessimism seems to be outweighing vaccine optimism today.

New state-wide restrictions are popping up from coast to coast just ahead of one of the busiest travel weeks of the year, which will certainly put some more downward pressure on fuel demand, although the extent remains to be seen.

After being the weak link in the energy chain for months, distillates have had a strong performance this fall as inventories in several regions dropped to normal levels thanks to a slow recovery in demand and plummeting output from refiners. We can see evidence of that dramatic change in the chart of Midwestern diesel stocks below that shows inventories going from all-time highs in August, to an eight-year-low today. The annual harvest demand peak, and a pull from neighboring states to the West seem to be the major contributors to that rapid drawdown, with W. Texas, New Mexico, Arizona, Colorado and Nevada all finding themselves suddenly short on diesel supply. Cash markets suggest this will be a short-lived phenomenon with steep backwardation into December foreshadowing a recovery in supplies, and the seasonal demand drop, both coming soon.

Reuters is reporting that documents leaked from OPEC’s technical committee make the case for another three to six month extension of the current output cuts. We should find out two weeks from today if that plan is adopted by the cartel.

See this note for a listing of all the refinery closures/conversions announced around the world so far, which total roughly 1.7 million barrels/day of capacity. The exception to the current refining rule of weak margins appears to be China, as the country’s plants reached another output record in October amidst healthy domestic demand.

U.S. refiners are not so lucky, and are facing yet another new challenge as the ordered shut down of Enbridge’s line 5 puts more plants in MI and OH at an even greater risk of being unable to operate economically, although it could be a life saver for other refiners in the mid-continent who have the logistics in place to make a home for that newly distressed crude oil coming from western Canada.

The line 5 saga is just one of several pieces of political theater impacting energy markets since the election. RIN values had been on a tear since the renewable friendly Presidential victory was called, but D6 values have pulled back sharply this week after the EPA administrator said RIN values were “out of control” and that the agency would not release RVO targets for 2021 by the Nov. 30 deadline.

In addition, nominations for drilling in ANWR have been opened up, leaving just enough time for potential leases to be signed before the presidential inauguration. The flurry of events in the past few days suggests we are likely to see more moves from the democratically warring factions in the weeks ahead. 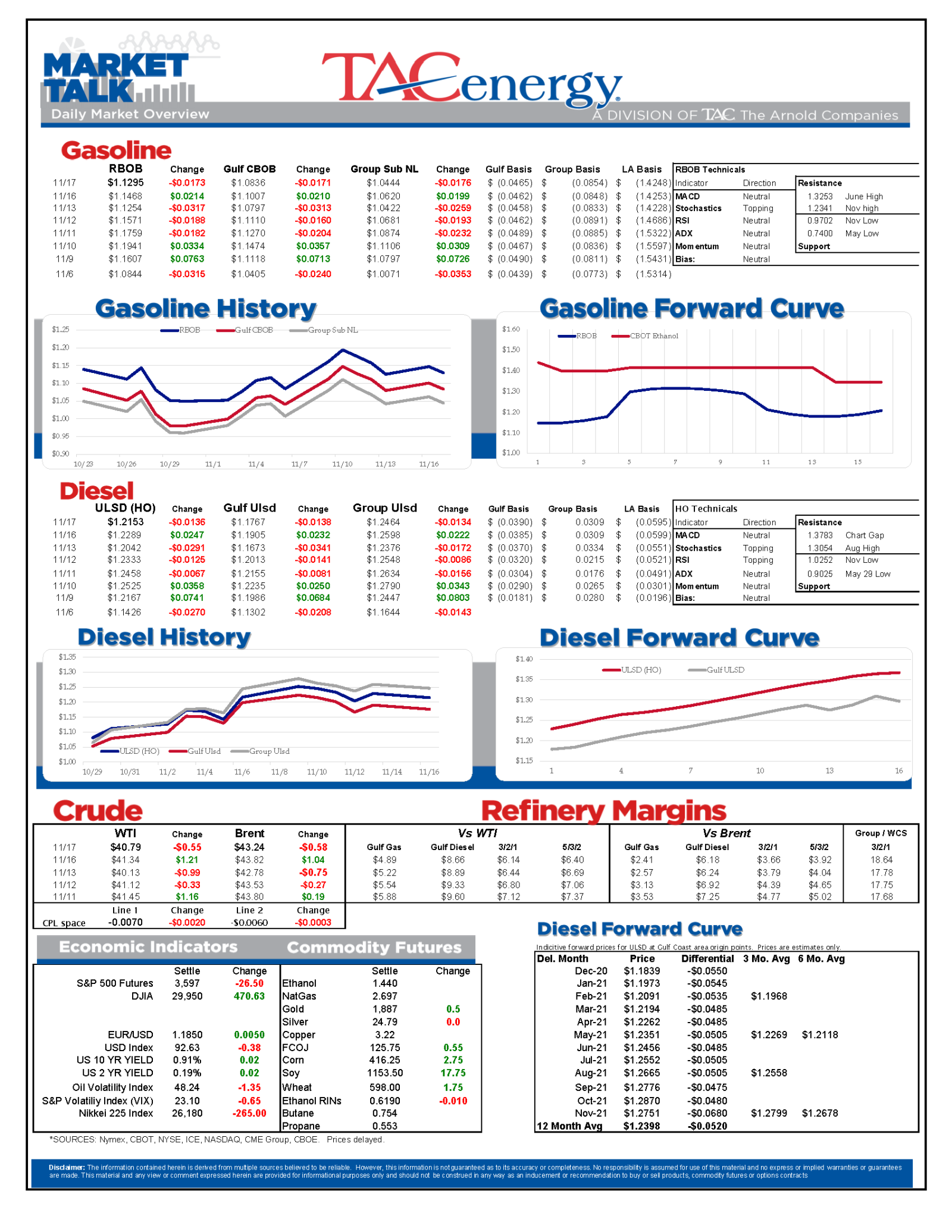 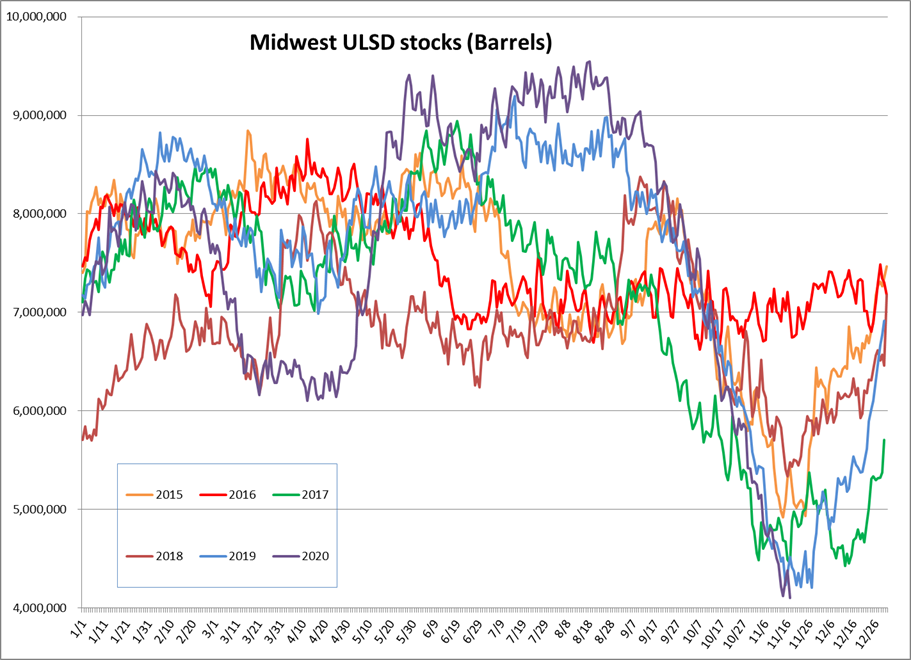 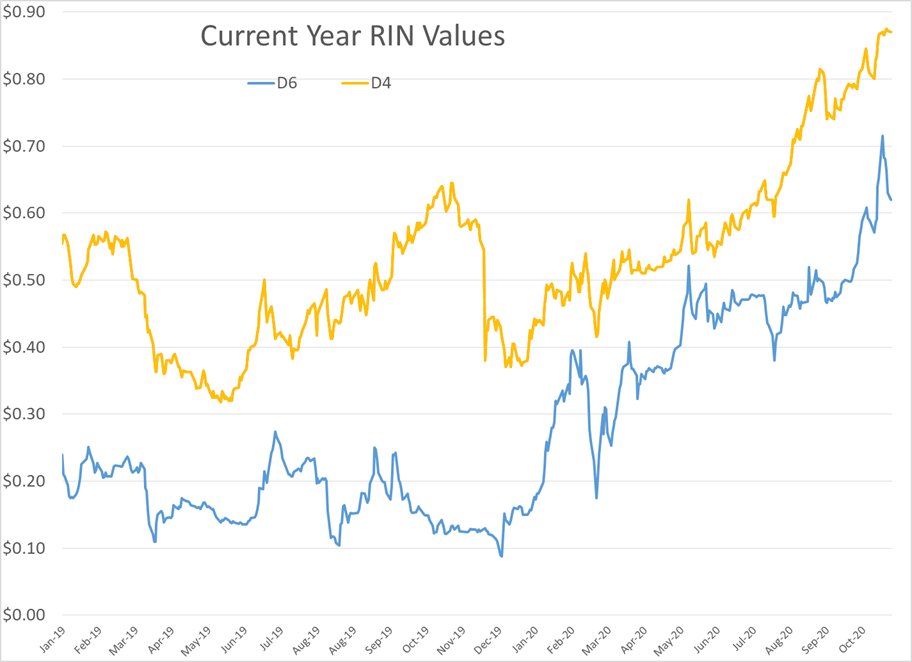